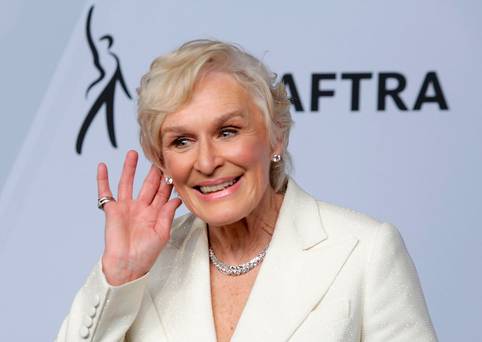 Glenn Close, this year’s dark horse in the now-unpredictable Best Actress Oscars competition, has been a breath of fresh air during awards season.

While the red carpet is filled with well-intentioned, but usually vacuous attempts at activism, the 71-year-old made a bold statement with a very small accessory. She honoured her grandmother by wearing her ring at last night’s Screen Actors Guild Awards, a fitting tribute after learning after her death that she had also yearned to be an actress but was restricted to the expectations of women during her generation – and acting was not an acceptable pursuit.

“This here is my grandmother’s wedding ring and she wanted to be an actress and I only knew that after she died,” she told PEOPLE. “She never would have been allowed to do that. I feel like I’m carrying the women in my family who were wonderful mothers and wives, but could have had more personal expression probably.”

Close wore a chic Ralph Lauren white suit with Giuseppe Zanotti shoes while accepting her Best Actress gong, but it was this small piece of jewellery that had more of an impact than any slogan emblazoned clutch could.