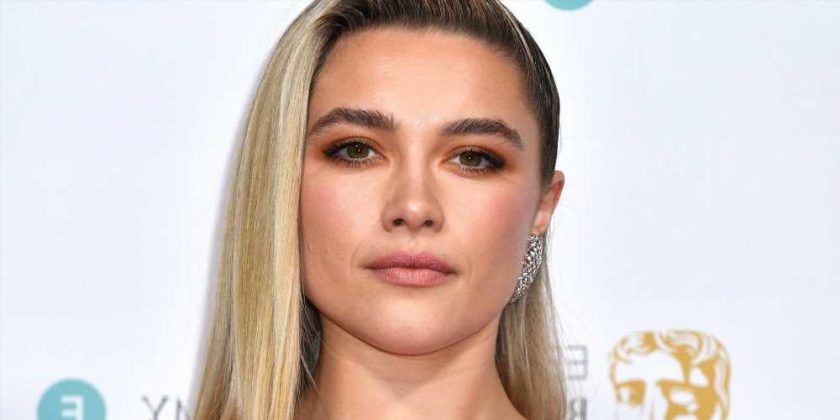 Florence Pugh recently made her Marvel debut at the London premiere of Black Window —which airs on Disney+ and in theaters across the US on Jul. 9th.

The 25-year-old actress brought the heat (literally) to the red carpet in a cutout Miu Miu midi-dress and a pink smoky eye. But the hottest look of all was her hair, which featured Y2K-inspired lavender dip-dyed ends and loose waves, which had everyone marvel (pun intended).

Pugh's red carpet style is the work of celebrity hairstylist Peter Lux, who shared a picture on his Instagram of the actresses' tousled hair, stating how much he loves the texture he created using a mix of T3 straighteners and curling irons.

VIDEO: Twitter is Losing it Over Florence Pugh's Cooking Videos

With the early 2000s inspiring a number of this summer's hair trends, it was only a matter of time before dip-dyed ends made a comeback, too. The star's dip-dye look is a classic two-tone coloring technique made up of the root shade and the tone throughout the tips. The combination of colors has no real blend and makes the hair appear as if it has literally been dipped in dye — hence the name.

While the Black Widow premiere is what put Pugh's dip-dyed hair on our radar, she's been wearing the look for the past couple months. The actress' subtle silvery lavender ends can be seen in her Instagram posts as far back as April.

With summer in full swing, dip-dyed hair is a definite way to make a bold statement as you step back out into the world —  and we're all for it!