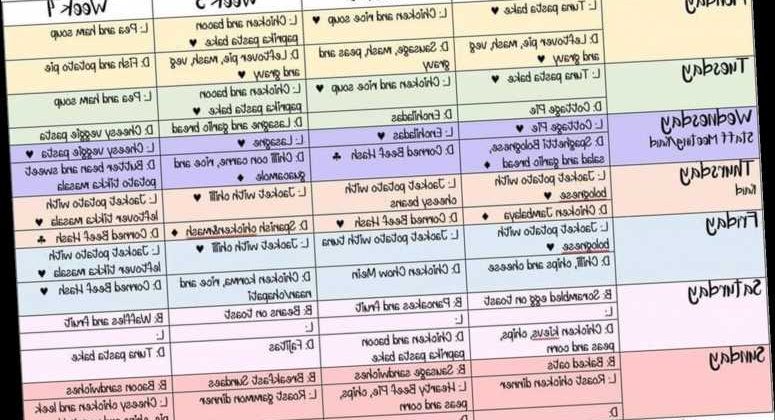 AN exhausted mum-of-two has shared her clever four week "rolling menu" that takes the hassle out of cooking, after admitting she "hates meal planning and food shopping".

Caroline Campbell, who has two kids under five, works full time and feels like cooking dinner each night is a "chore" which she doesn't have time for. 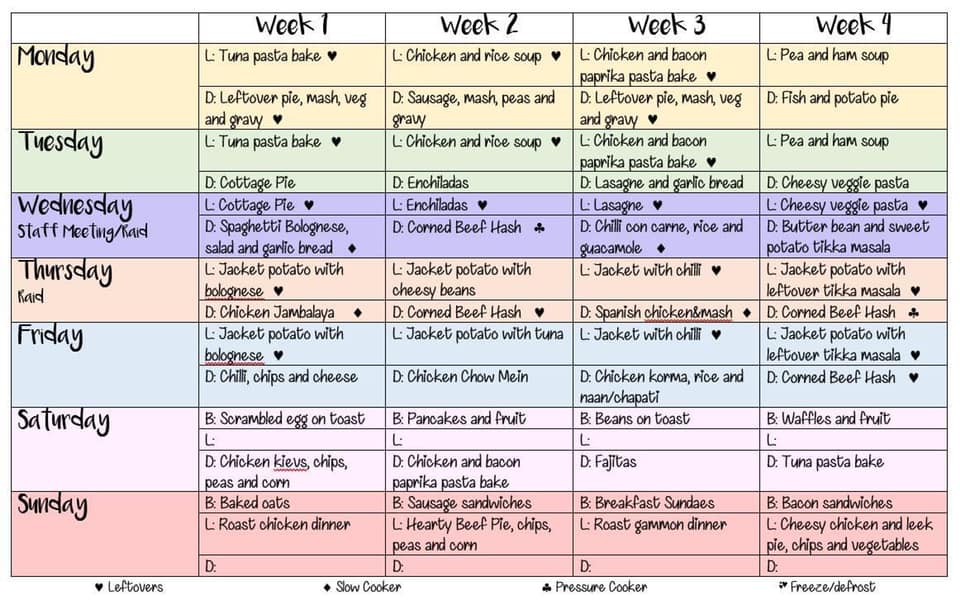 Her solution is a four-week rolling menu which features a few quick and easy dishes she can cook for her family-of-four.

The idea is to have set meals per week and rotate them on a monthly basis, so Caroline doesn't have to worry about planning meals again.

The best part is that all of the meals use similar ingredients, which allows the mum-of-two to save money and reduce waste.

For example, one of her meals is a pea and ham soup which will use leftover gammon from the night before, plus ingredients she'll already have in her cupboard and freezer.

I hate meal planning and food shopping. With a full time job that’s pretty demanding and two children under 5, it just feels like a chore that I don’t have time for.

By doing this, Caroline said she can simply reorder the same food items every four weeks and have them delivered from Tesco.

She revealed that this meal plan sets her back between £40 and £46 for her family, and that includes extras such as "fruit, toilet roll, squash and cat food".

The detailed meal plan includes both lunches and dinners across seven days, and Caroline has even used symbols to indicate what are leftovers, what goes into the slow cooker and pressure cooker and what needs to be frozen or defrosted.

Posting a snap of her organised spreadsheet online, she wrote: "I hate meal planning and food shopping. With a full time job that’s pretty demanding and two children under 5, it just feels like a chore that I don’t have time for. 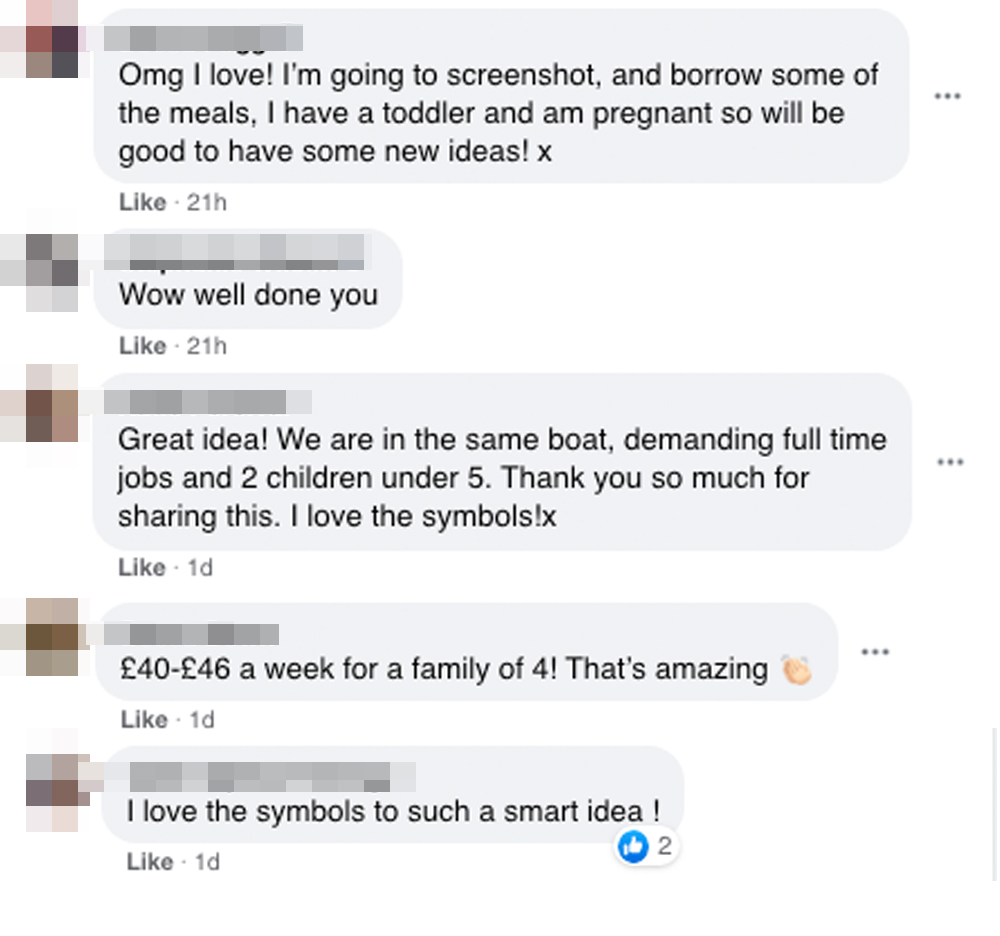 "So I’ve created a 4 week rolling menu, will just keep repeating it and make changes as wanted/necessary. I’ve tried to maximise any ingredients bought to save money and reduce waste.

"I’ve then created shopping lists and done each of these orders for the next 4 weeks on Tesco. I know it’s not as budget as it could be but the time and hassle it saves is worth £7.99 for the delivery saver as Tesco is where I’d shop in person.

"In 4 weeks when I get back to week 1, all I have to do is hit re-order and double check the basket. Thought I’d share in case it helped anyone else."

I’ve tried to maximise any ingredients bought to save money and reduce waste.

Needless to say, the plan was a hit with other mums on a budget who are looking for ways to streamline meals in their household.

"Omg I love! I’m going to screenshot, and borrow some of the meals, I have a toddler and am pregnant so will be good to have some new ideas!" one person raved.

And another said: "This is so clever!"

Meanwhile, a third added: "Great idea! We are in the same boat, demanding full time jobs and 2 children under 5. Thank you so much for sharing this. I love the symbols!"

If you're looking for more inspiration, this hyper-organised mum plans meals for the entire MONTH and even has a colour-coded spreadsheet to help.

And this mum feeds family-of-four for £1.50 each a day and shares her monthly meal plan so you can too.