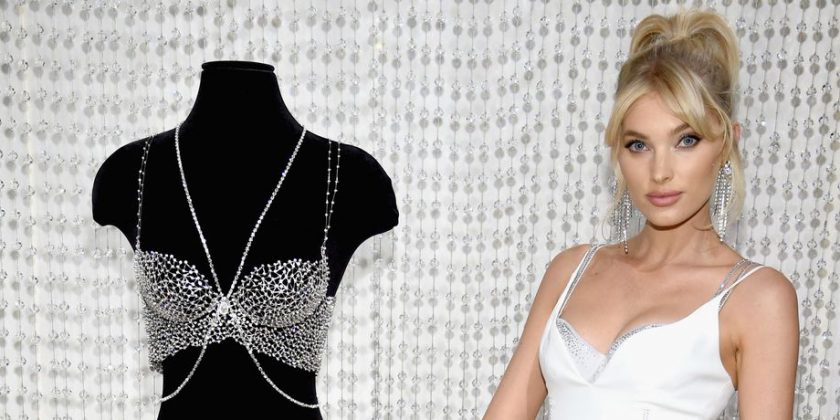 Model Elsa Hosk was chosen as the lucky Angel to debut this year’s Fantasy Bra at the much anticipated Victoria’s Secret fashion show.

The Swedish bombshell shared the exciting news on her Instagram page on Monday, by posting a series of sexy pictures of herself wearing the $1 million bra that she will get to parade during the glittery extravaganza that will be the 2018 VS show, which will take place on November 8 in New York City.

“Hands down best bday present EVER IN LIFE!!!!!! The 2018 fantasy bra! This is for everyone that believes in hard work and goes after their wildest dreams!!!! thanks for making mine come true @victoriassecret #edrazek @monica.mitro can’t wait to wear the million dollar bra down the runway in the #vsfashionshow in a couple of days!” a very excited Hosk captioned her social media post.

The 29-year-old has been walking the catwalk for the brand since 2011. She started off as a VS Pink ambassador, then in 2014 was officially named a Victoria’s Secret Angel and given her first pair of wings. In 2016, she got to open the runway show in Paris, and for the 2017 Shanghai show, Hosk got to parade the coveted Swarovski ensemble (a crystal-embellished outfit especially designed for one of the Angels). She completed the VS hat trick in 2018 when she was chosen to showcase the Dream Girls Fantasy Bra during the most-watched fashion show of the year.

Hands down best bday present EVER IN LIFE !!!!!! The 2018 fantasy bra ????????????????❤️ This is for everyone that believes in hard work and goes after their wildest dreams !!!! ⭐️ thanks for making mine come true @victoriassecret #edrazek @monica.mitro ❣️❣️❣️❣️can’t wait to wear the million dollar bra down the runway in the #vsfashionshow in a couple of days!

“It’s one of the most beautiful fantasy bras I’ve ever seen in my career—and it fits my personal style so well. It’s very understated, but glamorous, it has a real ’90s throwback vibe to it. And it’s all diamonds—which is perfect for me,” Hosk said, as reported by Harper’s Bazaar.

This year’s Fantasy Bra features a longline silhouette with underwire and it has over 2,100 jewels and more than 71 carats. It also took four craftsmen and over 930 hours to be completed. Hosk will also wear a matching Swarovski by Christopher Kane crystal necklace and bangles during the show on Thursday. And customers who wish they could be wearing the dreamy piece of lingerie themselves will be happy to know they will be able to buy a similar, yet much more affordable version of Hosk’s fantasy bra for $250, as it will go on sale on November 29.