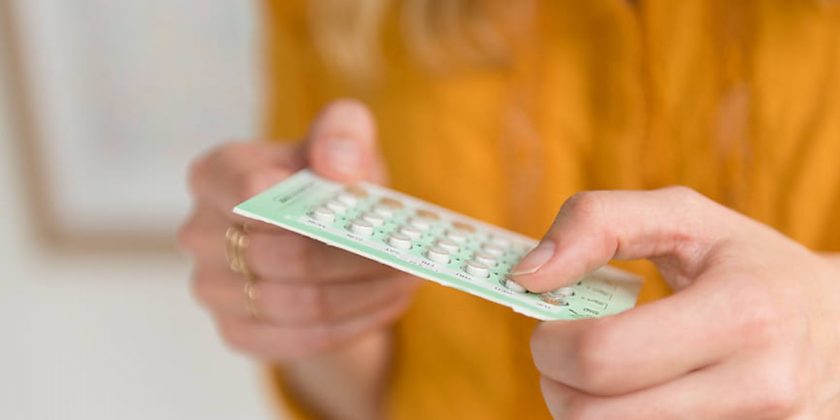 At about 2:00 a.m. on Nov. 4, 2018, the clocks will turn backward a full 60 minutes, granting you and me an extra hour of sleep. In theory, this sounds absolutely fabulous. Who couldn’t benefit from bonus shut-eye? But the first few days or so of Daylight Saving Time (DST) can throw a lot of things off-kilter, like your concept of time, which, ultimately, throws your entire schedule off balance. For example, does Daylight Saving Time affect birth control pills, in terms of when you’re actually supposed to take them? Seeing as how, technically, you’d be popping the pill an hour after you’re actually supposed to, the details of it all can be a little confusing. Luckily, experts in the space say there’s really nothing to worry about, so you’ve got the green light to take your medication as per usual.

Personally, turning the clocks back for DST is a momentous time of year that, typically, I genuinely look forward to. Sure, the days ahead are going to be full of darkness and chilly weather, but I kind of love all of that, plus you get an extra hour of sleep. And yes, I do realize that eventually, that “extra hour” just becomes the norm, but let me justify it how I want to justify it, OK?

I will admit, though, that the first few days of DST definitely throw me for a loop. That whole “it’s 4 p.m. but it’s actually 3 p.m.” mindset is confusing AF. So I try my best to put that logic aside and just go about my day according to the numbers blinking on my phone. But here’s where that strategy can get complicated: Your body is maneuvering itself according to a clock one hour behind schedule, and for things like birth control, it’s expecting to absorb a pill at a very specific time. Ergo, can Daylight Saving Time mess up your birth control schedule, and lead to some interesting side effects? Dr. Hedieh Asadi, founder of DeoDoc Intimate Skincare, says you’re in the clear.

In an email interview with Elite Daily, Dr. Asadi is quick to point out that DST only happens twice a year, so if you’re taking your pill at roughly the same time for the remaining 363 days, being a few minutes late isn’t the end of the world, nor will it mess with your body. “The important thing about birth control pills is that you take them regularly,” Asadi says. “The one hour time difference from Daylight Saving Time will not have any effect.”

In other words, take your birth control at the same time you normally would have, as if DST never even happened. After all, by Nov. 5, this is going to be your new norm anyway.

However, the question of whether or not Daylight Saving Time can affect your birth control was also posed to Planned Parenthood on the organization’s Tumblr page, and a representative of the nonprofit said that the amount of leeway you have might depend on what type of birth control you’re using. For example, if you’re on a combination pill (i.e. one that’s made with both estrogen and progestin hormones), as long as you pop said pill within that day, you’re golden. If you’re on the mini pill, aka the progestin only pill, however, your window of leniency is apparently a lot smaller. A Planned Parenthood representative named Kendall explained in her response,

Bottom line: Daylight Saving Time probably won’t have any significant effect on your birth control schedule, nor your menstrual cycle or body in general. That being said, just because experts say it’s OK to misstep, that doesn’t mean you shouldn’t try to be as accurate as possible. To be sure you take your BC at the right time, always set your alarm. That way, even if you do forget, your phone won’t.