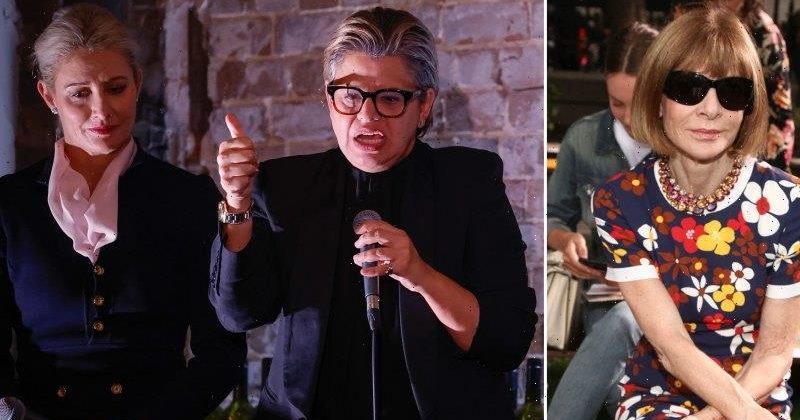 This week at an industry event discussing challenges for the local fashion industry, the assembled panel resembled a chic funeral. Four accomplished women discussing ways to generate excitement around retail, production and design were dressed in dark ensembles, with a navy skirt suit and solitary scarf offering muted relief. 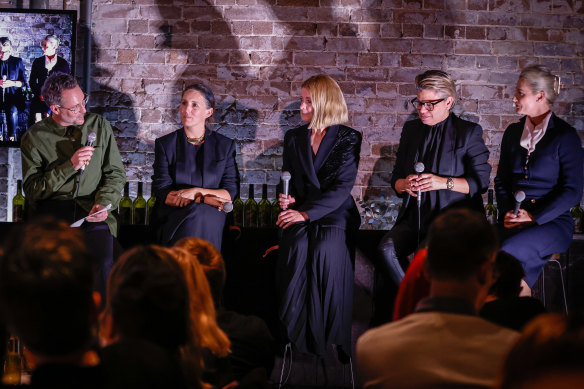 Worthy speeches about promoting Australian labels and creativity overseas with a dedicated fashion trademark were unintentionally undermined by the unofficial dress code. Equally jarring, was the event’s Sydney location, rather than Melbourne, where a preference for black is worn like a goth badge of honour.

“Australian fashion is loved all over the world, but it is very hard to put a finger on what that looks like from a brand positioning perspective,” said panellist Leila Naja Hibri, chief executive of the Australian Fashion Council. “People think of our brand as warm, effortless. Boundless optimism and fearlessness resonates so much.”

That fearlessness emanates from Zimmermann’s bold prints, Alex Perry’s neon dresses and Romance Was Born’s eighties palette on loan from artist Ken Done, not black basics. It is the confident use of colour from the next wave of Australian design talent, such as Alix Higgins and his striking digital prints and Jordan Gogos’s technicolour wearable art, that has captured the attention of the international press.

It may be comforting, flattering and utilitarian, but there is nothing brave about an all-black outfit. 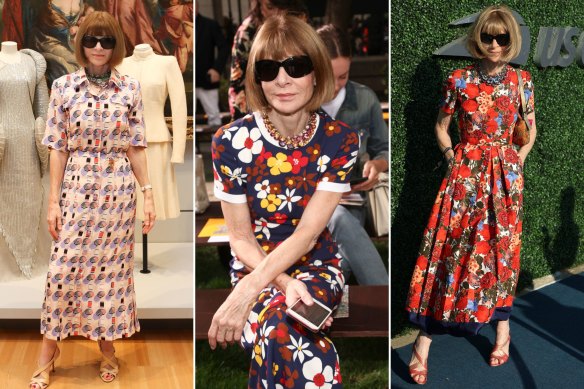 The need for fashion leaders to catwalk the talk in colourful clothing is something that Anna Wintour has put into action since becoming editor of Vogue in 1988. You don’t need to watch The September Issue or read Amy Odell’s biography Anna to realise that Wintour fills the pages of her magazine with colourful clothing.

When asked in a Go Ask Anna video in 2019 how to spice up an all-black outfit her reply summed it up. “Just don’t wear all black.” Wintour said. “It seems too gloomy, as if one’s going to a funeral.”

This is not the whim of an editor but the strategy of a professional who understands that a mint blue shirt from Jac + Jack or a raspberry print from Camilla creates more desire around shopping than another black blazer.

With many of the assembled designers in Sydney talking about challenging months at the checkout over glasses of Prosecco, before the official proceedings, any attempt by the panel to lift the unofficial funeral dress code would have been welcome.

Acting chief marketing officer of the Australian Trade and Investment Commission Fiona de Jong, suggested brands attract international attention by banding together and bragging about achievements, “that we are relevant and we do have cool shit happening down here that you don’t get over there.” We can also do this by having advocates wear some of that “cool shit”.

It was left to the event’s host, Vicinity Centres marketing director David Henderson, to lighten the blackout, delivering a 30-minute PowerPoint presentation on the future of retail. I don’t remember much of the talk, but I have already ordered his bold green shirt from Bassike.