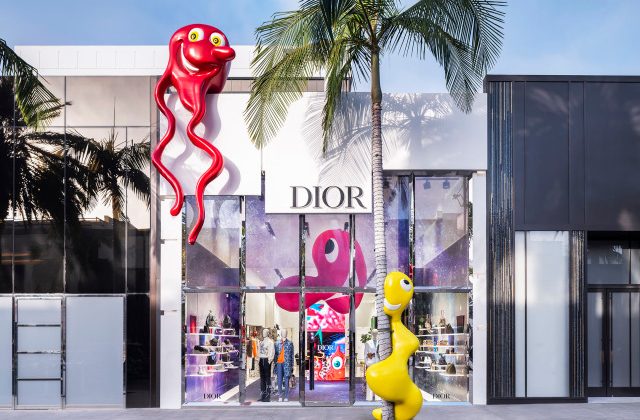 Dior is doing its part to brighten the mood of pandemic-weary Canadians. The French luxury brand is bringing the playful pop-up it created for its pre-fall men’s collection designed by Kim Jones in collaboration with Kenny Scharf to the Holt Renfew store in Vancouver.

The shop, in the retailer’s unit in the Skybridge, features large-scale replicas of Scharf’s art, which double as railings to display the ready-to-wear collection. In addition to the apparel, the shop features leather goods and accessories on polished aluminum pedestals in black microsuede. Scharf is known for his pop aesthetic and cartoon-like paintings centered around sci-fi.

With its galaxy-printed floor vinyl, the pop-up is intended to recall the futuristic atmosphere of the runway presentation. It also features a tubular fitting room with an adjacent interactive motion sensor screen, which displays Scharf’s creatures. 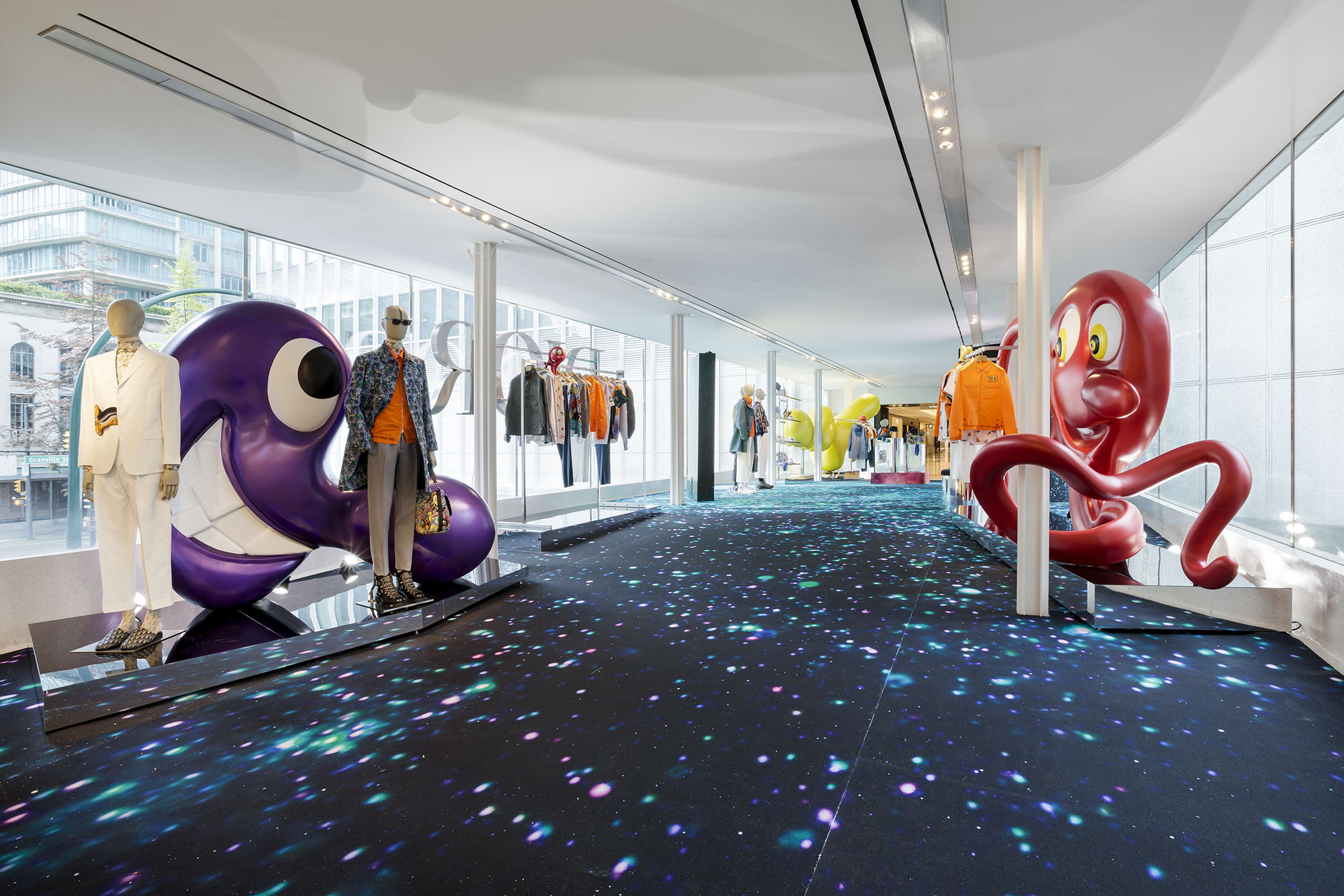 A look at the Dior Scharf collaboration. Courtesy of Dior

The collection debuted online in December when models walked against an intergalactic backdrop to a Deee-Lite soundtrack. For the collection, Jones used intricate seed-stitch embroideries to reimagine the artist’s works onto a selection of apparel and accessories, including the Saddle bag and the B23 sneakers.

One version of the pop-up concept debuted in late April at SKP in Beijing and another at Miyashita Park in Tokyo. Others are planned for Harbour City in Hong Kong, the IFC in Shanghai, Galleria in Seoul and Selfridges in London.

In the U.S., a pop-up has opened in Beverly Hills that features a giant balloon character wrapped in a palm tree.

The Vancouver shop will remain in place through May 30.