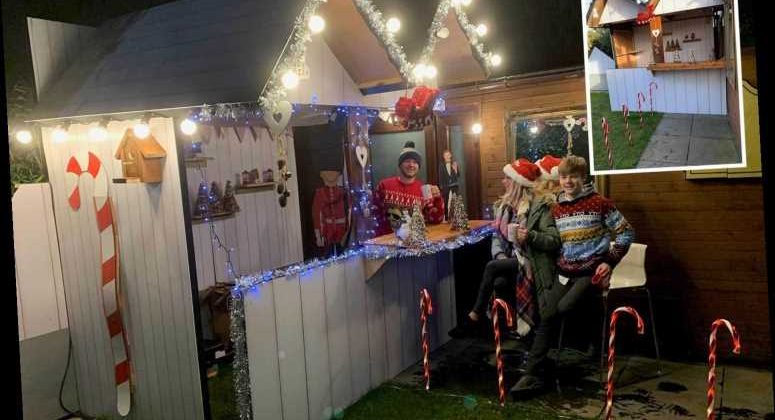 CHRISTMAS might look a little different this year, but one creative dad wasn't going to let the year we've had ruin his favourite festive family activity.

With Manchester's Christmas Markets closed this year, Steve Froggatt, 45, from Woodhouses, decided to bring the markets to his back garden for his wife Amanda, and their children Ellisse, 26, Bradley, 22, and Spencer, 14 to enjoy. 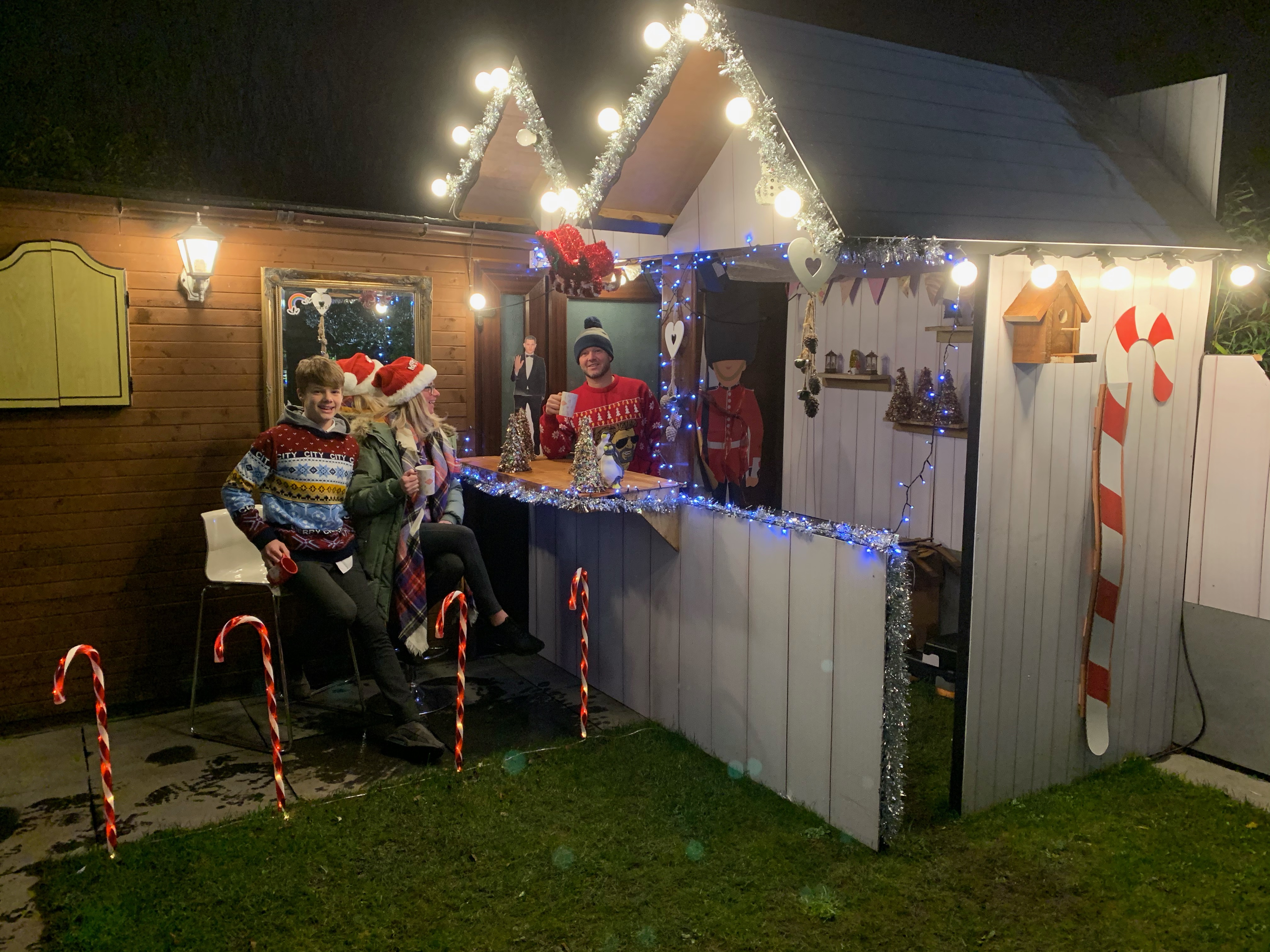 Steve, who's a joiner by trade, told Manchester Evening News : "Because the Manchester Christmas Markets were closed, we decided to build our own."

With his wife Amanda adding: "As soon as they said the markets weren’t going to be open, I said can you build them here please."

She had no doubt that Steve would be able to pull it off – as it wasn't his first time giving part of the house an incredible themed transformation.

During the first lockdown, after a family trip to Jamaica was cancelled, Steve transformed a corner of their home into the Caribbean beach retreat complete with sand, palm trees, sun chairs and a tropical bar. 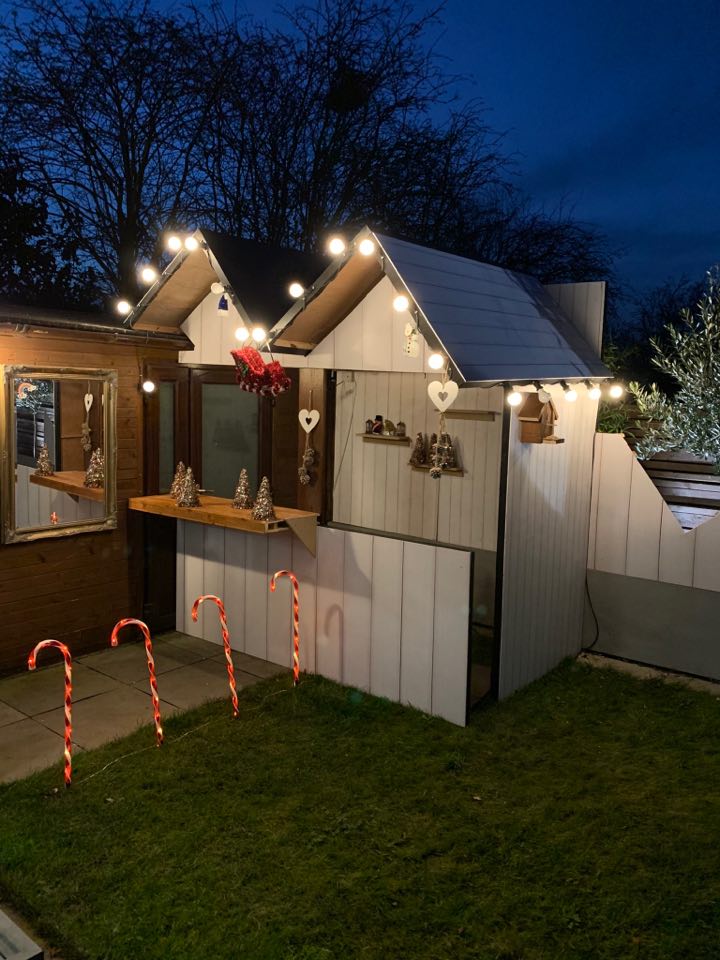 "He did Jamaica in a morning," Amanda said. "I went to work, came home and it was already done!"

It didn't take long for the talented craftsman to build the market stalls either, just a "couple of hours," Steve thinks.

And despite how it looks, the project didn't cost much at all either as the handymanused materials from work for the most part.

But finishing it off,Amanda added a few inexpensive finishing touches to give the stalls an authentic festive feel – using cheap buys from Home Bargains.

She said: “I just went to Home Bargains for the accessories and
used bits from round the house." 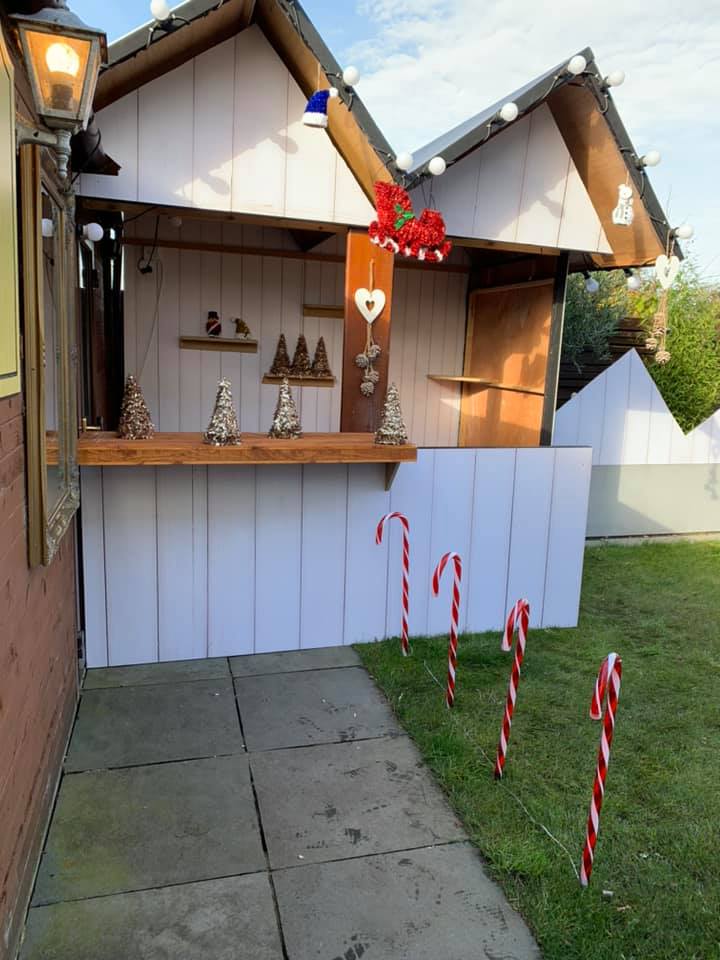 But the couple admitted that though the project is done, they won't be
able to resist adding to it as Christmas approaches.

Steve said: “When we did Jamaica – we were always adding on things. A
6ft 6 Usain Bolt appeared at one time!

"So we’ll always be adding stuff to the markets, definitely."

And Amanda joked: “I just need to try and get an ice rink at the other
end of the garden now – but he’s not really having it.”

The family have admitted that they're already getting a lot of use out
of their homemade market stalls.

Steve said: “With self-isolating and grown-up children – it does get
used and by us all, really." 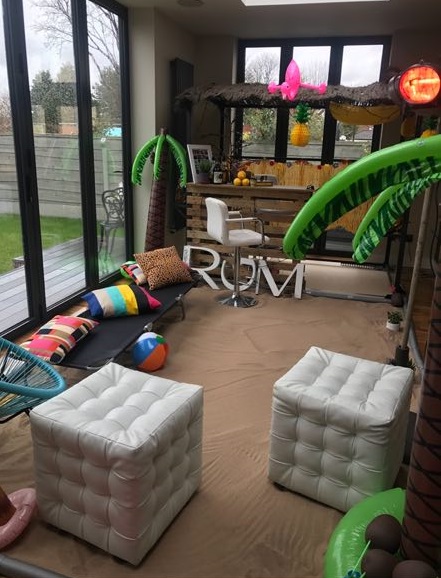 And closer to Christmas, the couple plan to recreate the full
Christmas Markets experience from their garden with mulled wine, hot
dogs and Amanda's paella.

“It’s a shame it’s lockdown because all my girlfriends are desperate
to come and try it," Amanda said.

"They absolutely love it."

And its a big hit with the family's neighbours.

Steve said: “There are two little boys next door and they’ve set up a
little market stall themselves in the bedroom that over looks it because they love it that much.

"So now we have to switch the lights on every night for them because
they love it.” 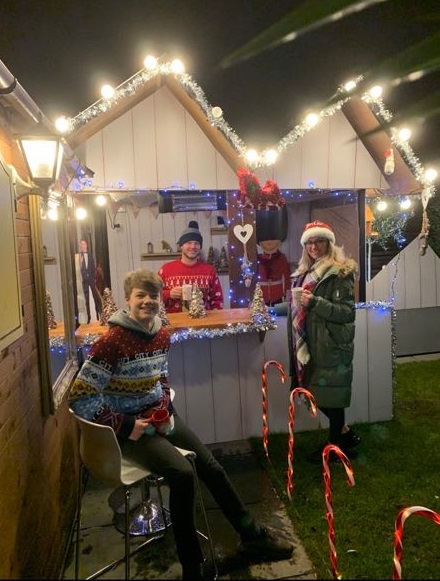 While their DIY markets seem to be a big hit for now, the couple are
undecided on whether they're going to transform them into something
else after Christmas or take them down and start a new project from
scratch.

"We were supposed to be going to Bali in February and living with the
elephants – but that was cancelled," Amanda said.

Hinting that there's more tricks up his sleeve for 2021, Steve added:
"We’ll come up with something else, don’t you worry."

In other Christmas related news, a mum surprises daughter with The Grinch during festive photoshoot – but things don’t go to plan.

Plus festive fans were putting up their Christmas decorations way back in October – but how early really is too early?

And B&M released a Christmas range to rival John Lewis for half the price – but can you tell the difference?