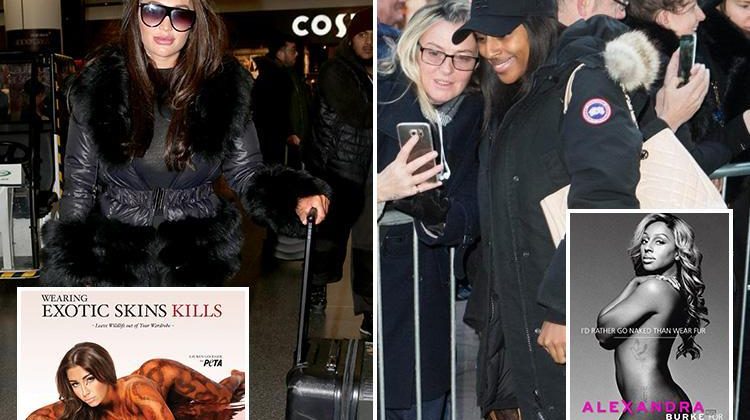 Pamela Anderson, Gemma Collins, Lauren Goodger and Pink have all stripped off and taken part in the risqué "I'd rather go naked than wear fur" ads – but alarmingly, some of these stars still do wear it. 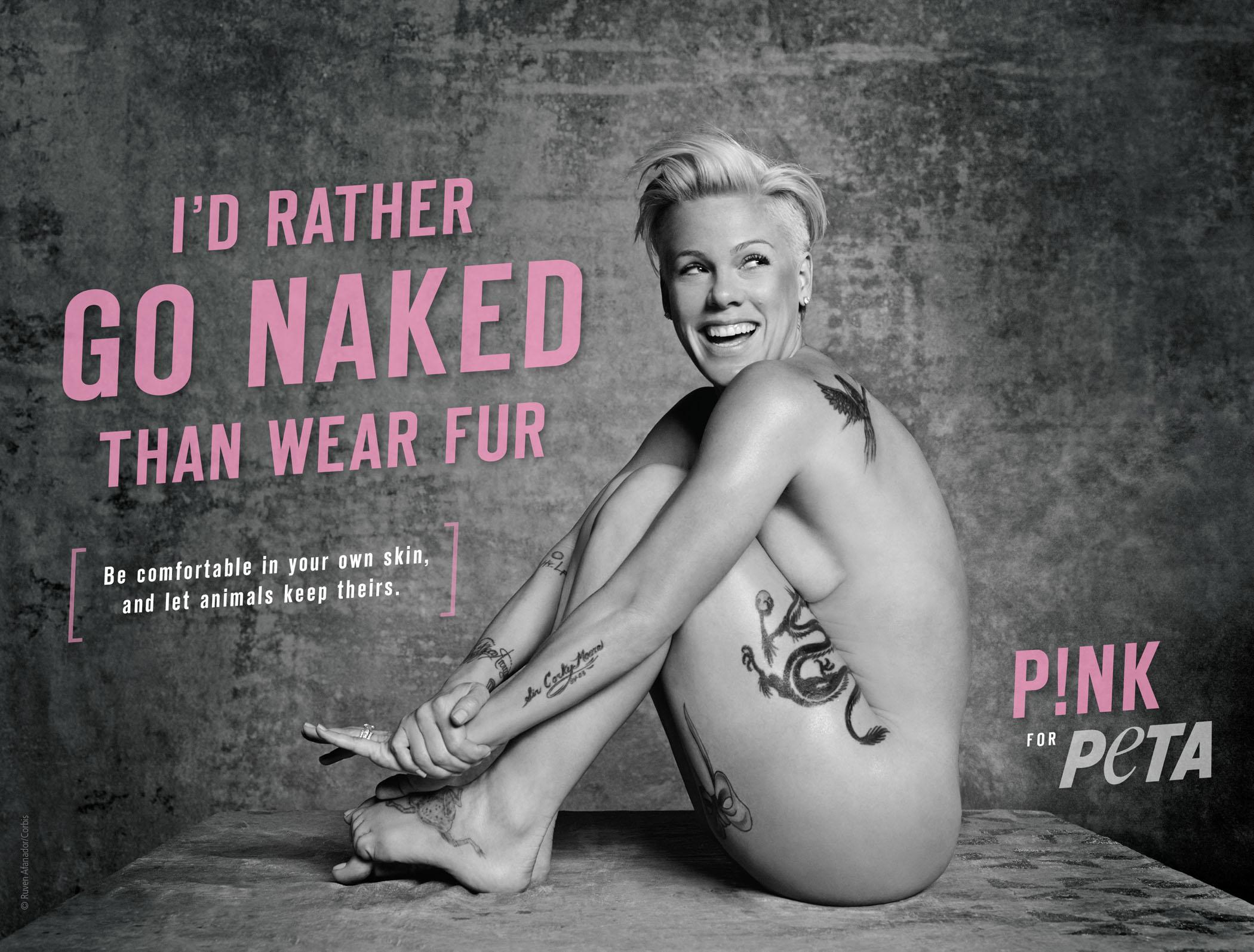 Former TOWIE star Lauren Goodger found herself in hot water this week for wearing fur after posing for an anti-fur ad back in 2012.

But she's not the only star who has struggled to stay true to the cause.

Here, the Sun Online takes a look at the celebs who forgot the campaigns they've been poster girls for.

Then: Posing naked in a pool of fake blood, 32-year-old former TOWIE star Lauren was proud as punch to be featured in a PETA advert. 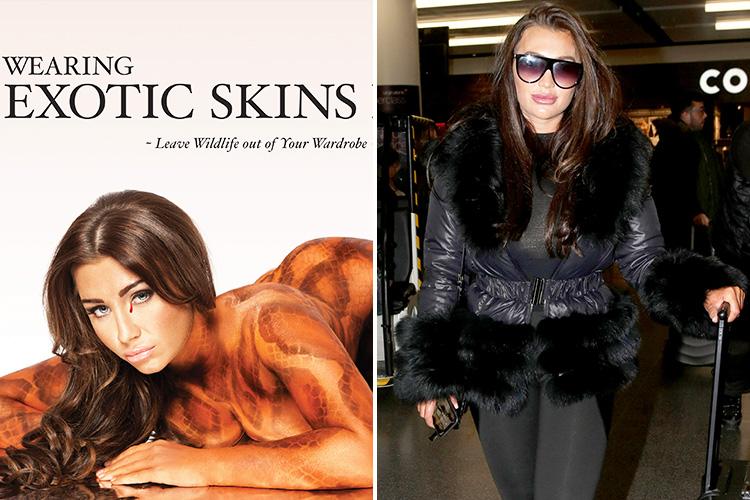 Now: Fast forward six years, and Lauren has been flaunting her £425 fur coat on Instagram.

"Love my winter coat with belt from @the_lani_look" she gushed in the caption accompanying the image- which has since been deleted following backlash.

The black coat in question was a leather jacket, with a fluffy fox fur trim.

PETA’s Director, Elisa Allen told The Sun Online they have since contacted Lauren, and said: "We know Lauren cares about animals, so we imagine she thought the trim on her jacket was faux – a misconception that's more and more common nowadays.

"PETA has contacted Lauren with information to help ensure that she opts for and promotes only cruelty-free options in the future."

Then: In 1994 supermodel Naomi, now 48, first declared her support for the anti-fur movement, and posed naked with other models.

But since then the model has infuriated animal rights protesters by constantly going back on her word – and she was later sacked by the charity. 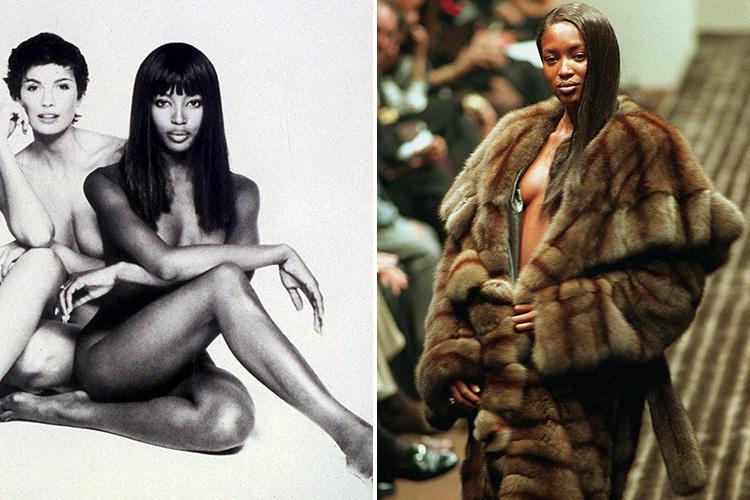 Now: Naomi went on to brand her involvement with the campaign a "mistake" and is a repeatedly wears fur.

Earlier this year she was accused of giving the middle finger to a group of anti-fur protesters outside Dolce and Gabbana in New York, and wore fox fur to 2015's New York Fashion Week.

Then: In 2013 X Factor star Alexandra bared all in support of animal cruelty campaigning.

The singer admitted she was horrified to find out the truth about the fur trade, saying: "When I found out what happens to animals on fur farms my heart just sank.

"I can't imagine anyone would want to be caught dead in fur." 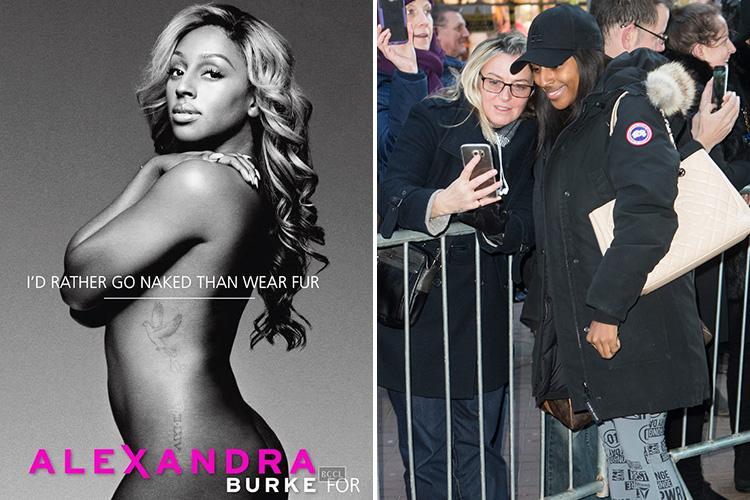 Now: The Hallelujah singer was forced to apologise in 2017 after wearing a Canada Goose coat with real fur lining around the hood.

The jacket had a removable North African coyote fur trim, and Alexandra took to Twitter afterwards to say sorry for her actions after being slammed by fans.

She Tweeted: "I've just learned the sad truth of how a coat I wore recently was made.

"I am an animal lover, as most of you will know I have 4 dogs.

"I should have asked how it was manufactured and now I know, I will never wear it again. I am really sorry for any hurt or upset I have caused xx."

Then: "Fur? I'd rather go naked" was the message Khloe Kardashian was pushing ten years ago back in 2008.

But Khloe broke off her support for PETA in 2012 after one of their supporters attacked Kim with flour at a red carpet event, but still claimed she remained anti-fur.

She said: "Everyone is entitled to their own beliefs and opinions — I personally don’t wear fur but that doesn’t mean I am going to force my views on anyone else, ESPECIALLY by violating them." 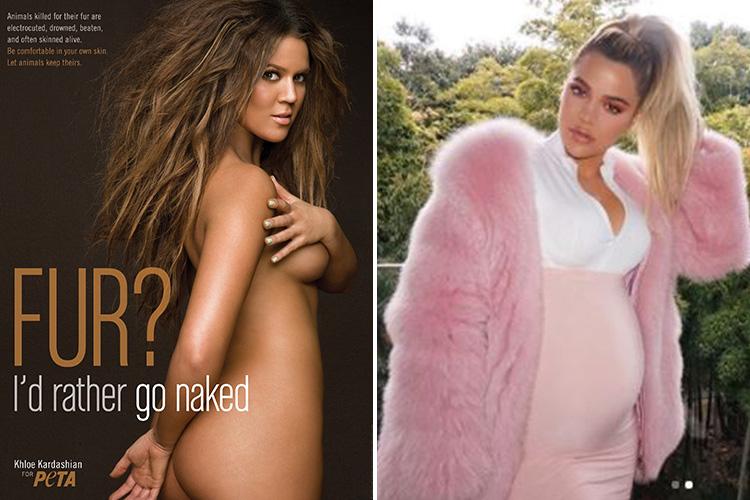 Now: Khloe was slated last year by fans after posting a photo with sisters Kim and Kourtney, and pal Khadijah Haqq McCray.

The foursome each donned luxurious fur coats, posing in a mirror for a selfie.

It's not known if the garments Khloe wears are real fur – but Khloe did nothing to clarify when questioned by fans over the long white fur coat, and many animal activists argue influencers shouldn't even wear faux fur, as it encourages people to buy real fur.

Not only that, an investigation earlier this year found a number of 'fake fur' products were found to contain real fur.

"How many animals died for your clothes?" one commented, accompanied by a sad face emoji.

Commenting on the trend, PETA Director Elisa Allen said: "At a time when luxury brands from Michael Kors to Gucci are dropping fur, people are rightly outraged to see anyone, celebrities included, drape themselves in fur.

"On fur farms, foxes, raccoons, rabbits, and other animals are typically kept in tiny, filthy wire cages and denied the freedom to do anything that comes naturally to them – before they're finally killed by being painfully electrocuted, drowned, or even skinned alive. Thankfully, the list of stars who say no to fur has never been longer.

"With so many innovative and beautiful vegan fabrics now available, there's simply no excuse for choosing cruelty over kindness."