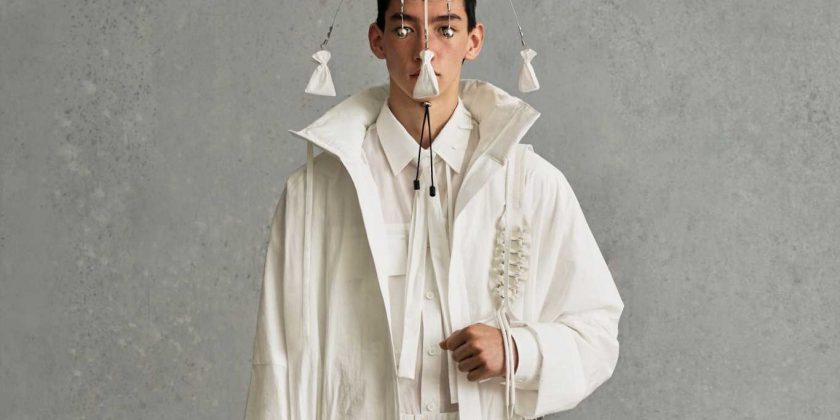 After making a splash in Paris in January, Craig Green is going back to the essentials.

“The general feeling at the moment is that people want things to feel a certain way. The things I would want to wear at the moment are the ones that make me feel comfortable. We value our own personal pleasure of the garment rather than how we look, or how we present ourselves,” Green said over a Zoom call.

Given how crazy 2020 has been, Green said his fantasy now is reality, and simple — and cheesy — ideas can make him happy.

The spring 2021 collection reflects that mentality, and highlights the more commercial offerings of the brand, which are normally buried underneath his over-the-top runway styling.

Even Green’s signature frame-like constructions around the body have been toned down. Instead of using experimental and colorful materials, Green has hung deconstructed parts of a shirt or a jacket on metal frames. The effect is of two people interacting in one sculpture.

He has also designed a tie for the first time, adding a sense of “ceremony” to life in confinement. Green believes ceremony is necessary, and said he puts on shoes when he’s working from home just to get himself into working mode.

“When we were dressing the models in the fittings, we took a belt from the floor, and we [put it on his neck] and someone said, ‘Now, it feels finished.’ I thought that was kind of a strange thing to say about a tie. But there’s something ceremonial about a tie. It’s the last thing you put on, and stops you from taking off the shirt,” he said.

The headpieces are another highlight of the collection. There is a square hat that comes with front and back tongues that resemble face masks, and another one with two dangling metal balls meant to be eyes.

Green said the metal balls make the model look as if he has bright eyes and is open to new ideas. “But then they’re also kind of mirrors, as well, so the model can only see himself.” 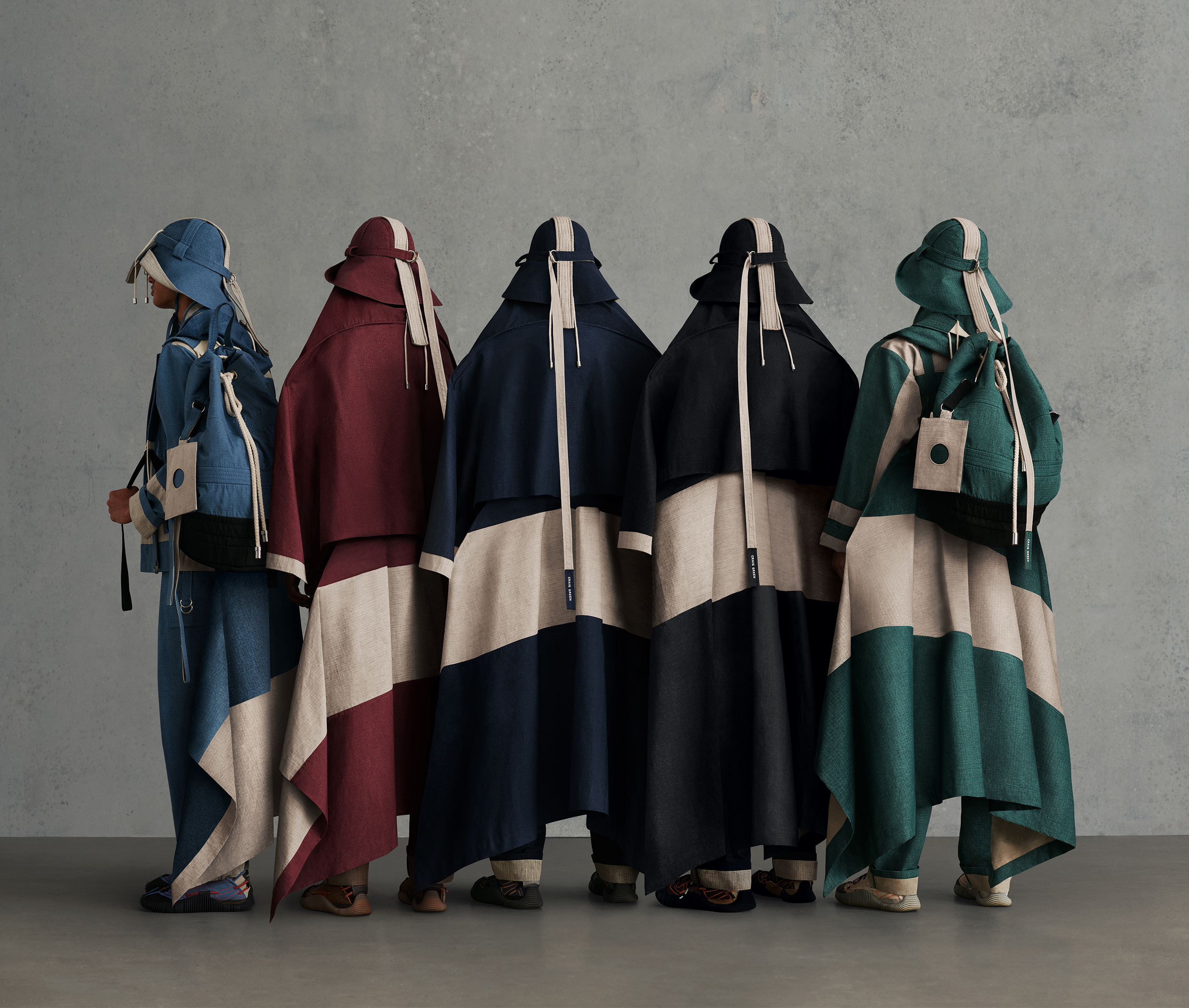 He also wanted to express the idea of solidarity. There is a group shoot in the look book where five models wear the same capes in different colors, which Green said looks like “a broken rainbow.”

“The idea of a rainbow, or a group come together, is quite an obvious and cheesy idea, but if you think about it, things that are cheesy are usually truthful, and make you feel good. We need that feeling of interaction now,” he said.

The designer has updated his collaboration with Adidas with three new styles and one specially developed sole, and introduces two new crossbody bags — one large, one small — made with signature quilted fabric, with metal rings on the straps.