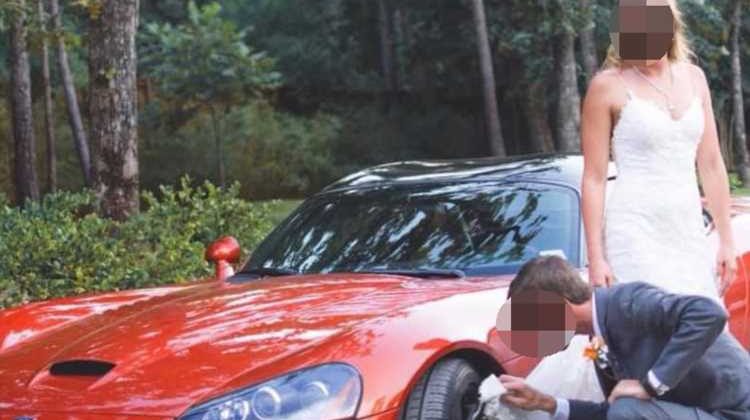 A GROOM has been slammed online after he was pictured using his bride’s wedding dress to clean his car.

In what appears to be a staged photo, the newlyweds pose by the groom’s pride and joy, his sports car, where he can be seen using his wife’s train to polish the hubcaps. 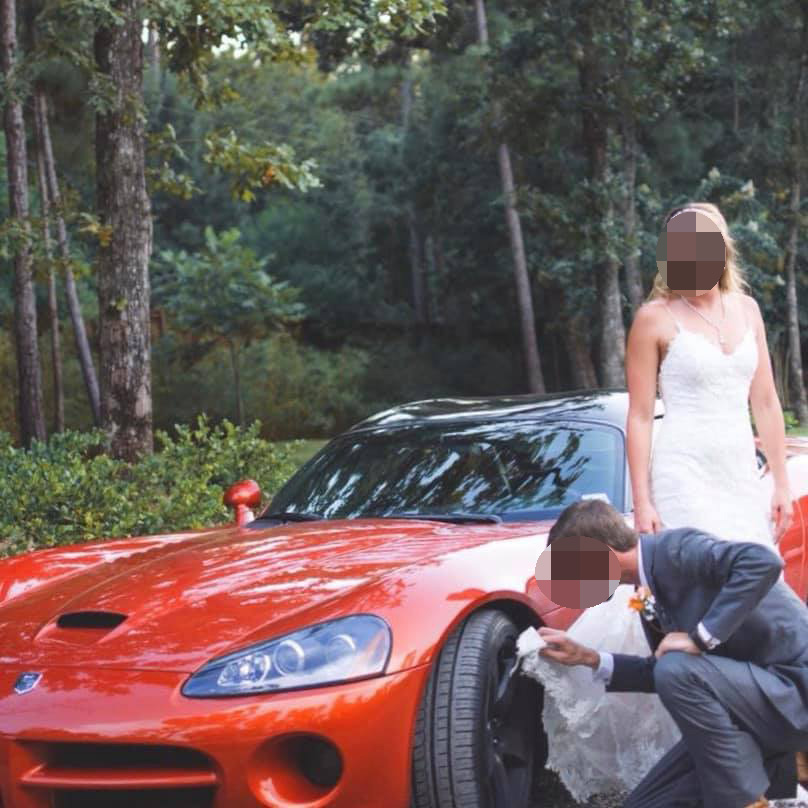 The photo was shred on the Facebook group, That’s It I’m Wedding Shaming where it left fellow users seriously unimpressed.

Captioning the snap, the group member, from Texas, wrote: “When you marry a car guy.”

The post has since received hundreds of likes and comments from fellow group members, astounded by the “tacky” shoot.

One wrote: “I can't believe she is allowing this to happen lol. I'd knock his a** out." 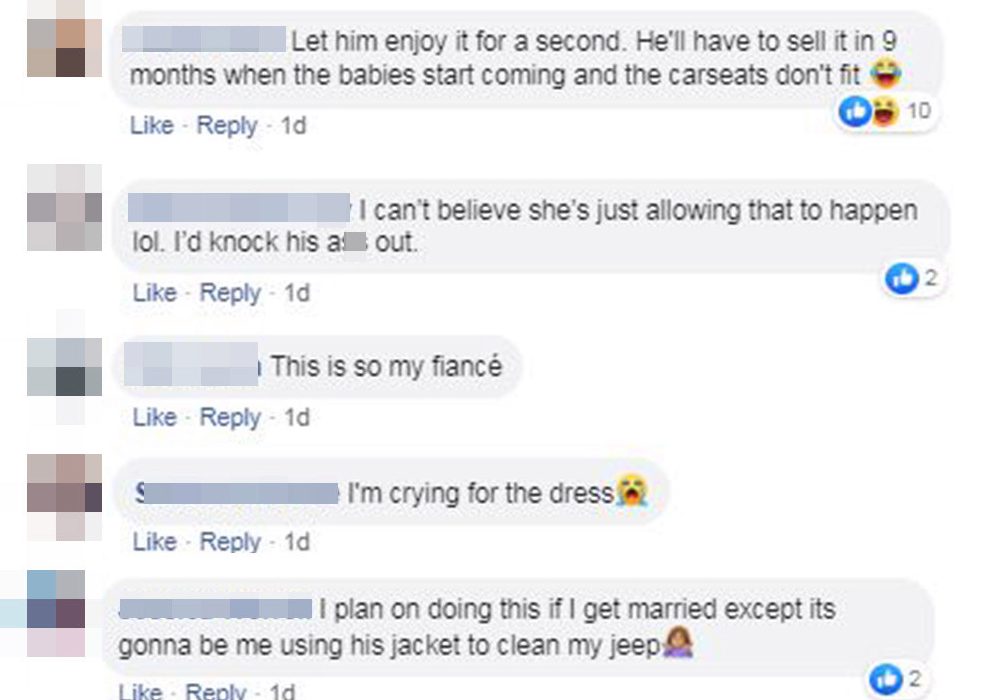 “I hate this s***, staged or not, it’s not funny or entertaining at all” said another.

While a third wrote: “This post filled me with a rage I hadn’t anticipated.”

Agreeing a fourth said: "This isn't a car guy thing, this is an a**hole thing."

However, several came forward in defence of the couple, passing the photo of as a light-hearted joke.

One commented: “Y’all think too much. It’s literally a joke.

“A cheesy joke for people who love cars. I asked my husband for a similar picture. Stay mad about it.”

Another agreed adding: “Just out of curiosity, what staged wedding pictures would you nay sayers find humorous?”

The Facebook group is the largest of the wedding shaming variety boasting over 54,000 members worldwide.

You can critique dresses, decorations and of course, dramatic brides who are kindly dubbed “bridezillas”.

There’s even categories for your posts where you can file your rant under popular tags such as “cringe”, “tacky family” and “f***ing yikes”.

In other wedding news, shoppers have blasted this ASOS see-through bridal jumpsuit, joking it's "for the bedroom only."

We shared how three women repurposed their wedding dresses – from charity runs to teddy bears.

And a bride wore £1,000 dress in the sea and to play in the sand with her family because she wants to get her money’s worth.