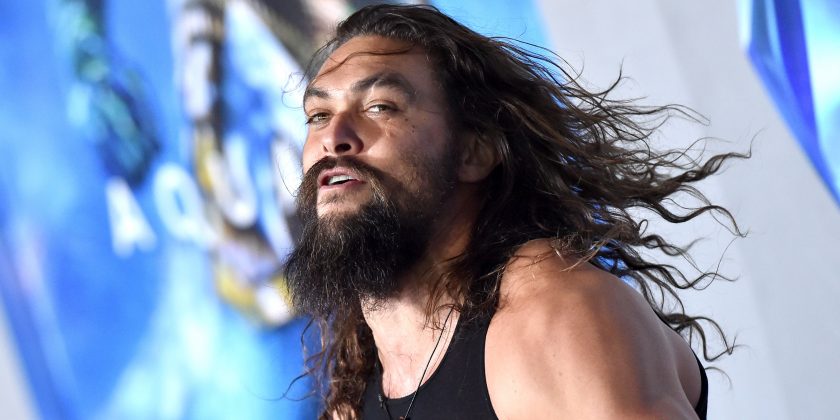 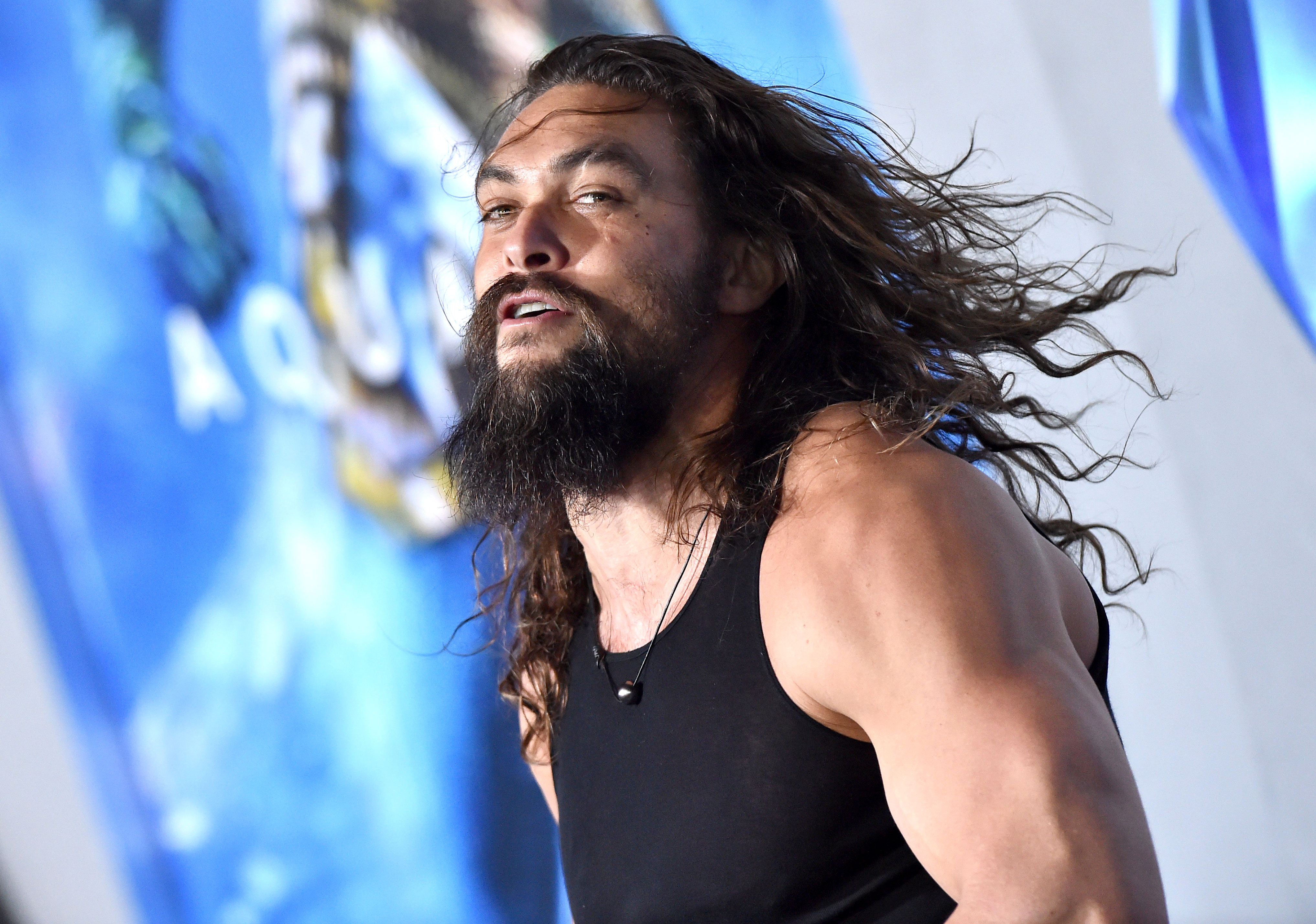 We’re just going to go ahead and say it: Jason Momoa’s hair is the hero we need right now. The Hawaiian model-turned-Justice League and Aquaman star has been making the rounds to promote his new DC Comics flick, and while we’d normally be mesmerized by his costars Nicole Kidman and Amber Heard’s red carpet fashion, the actor is stealing the show with his luscious locks. Forget Aquaman’s ability to swim at hyperspeed and save the day, it’s the man’s mane that has the ability to stop Us in our tracks and make Us think everything is going to be ok.

Not even the blazer he wore to the L.A. premiere of Aquaman on Wednesday, December 12 (where he turned up with his equally fabulously tressed wife, Lisa Bonet, mom and kids) could distract Us from his luscious locks. Again, we’re talking about a knee-length velvet blazer on a 6’4 man here.

The Top 10 Most Shocking Celeb Hair Changes of 2018

Proving that there are some obvious mystical powers involved, Momoa’s shoulder-grazing strands somehow managed to hold that perfect salt air-induced beachy wave despite the fact that he was on dry land — and his color is worthy of a shoutout as well.

Seemingly embracing his Hawaiian roots, the Game of Throne star’s mane is dotted with sun-kissed honey and auburn streaks that are befitting of his character’s underwater kingdom. 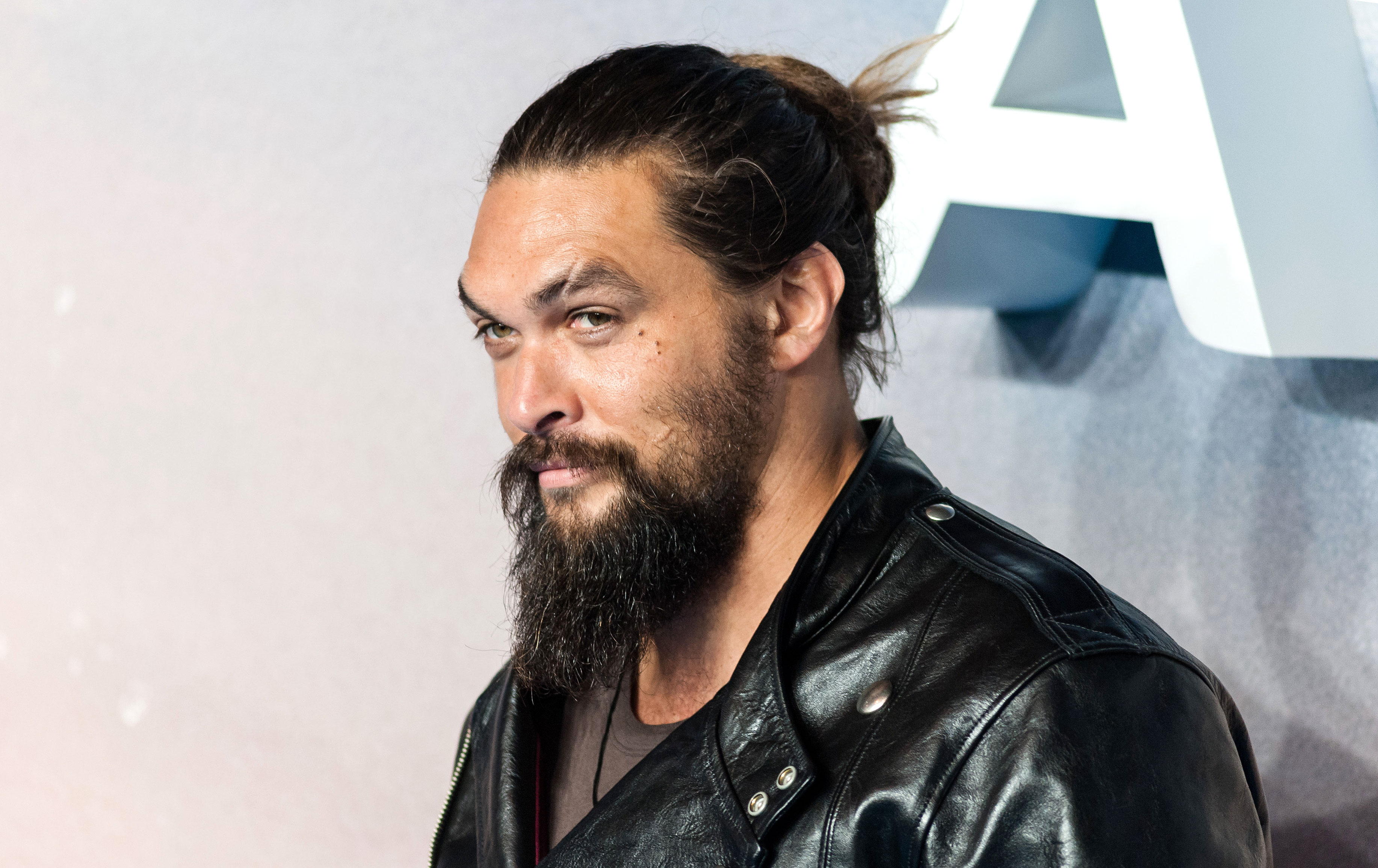 While he chose to let his hair down for the Hollywood screening to show its fully glory, he occasionally gifts Us with a man bun as well. At the world premiere of Aquaman in London (you know, the event where Heard arrived in the most spectacular Valentino couture swim cap) on Monday, November 26, Momoa swept his strands back into a messy updo that allowed his fierce facial hair to take center stage.

He secured that bun with a standard hair tie, but he’s also all about the ‘90s throwback scrunchie. At a meet and greet with fans the next day, he rocked a pink hairpiece — because there’s nothing this man can’t do.

Wigging Out! Stars Are Mixing Up Their Hair Looks With Wigs

So unpin those pics of Jennifer Aniston or Gisele Bundchen for your next trip to the salon, folks. It’s clear that Momoa’s mane is the new top ombre head of hair in Hollywood.