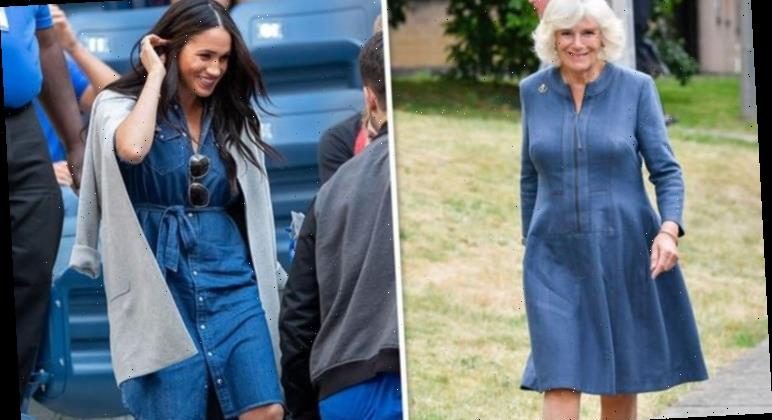 The royals have been staying home along with the rest of the country due to the coronavirus lockdown, but on Tuesday the Duchess of Cornwall, 72 and Prince Charles, 71 were finally out for a special visit. The pair visited a hospital in Gloucestershire for a socially-distanced chat with key workers to share their thanks for their service during the pandemic. Camilla looked especially chic for the occasion, wearing a trendy denim dress that could be inspired by another royal.

Camilla is usually dressed very formally for royal visits, but for Tuesday’s event the Duchess wore a smart yet slightly more relaxed look.

The smiling Duchess wore a mid-blue denim dress that fell just below the knee, with a fashionable cinched-in waist and long but slightly cropped sleeves.

The soft fabric looked incredibly comfortable as Camilla stood in the sunshine to talk to the key workers from a safe distance.

The dress also featured a zip fastening at the front, with a round collar and contrast stitching in a soft red and white design. 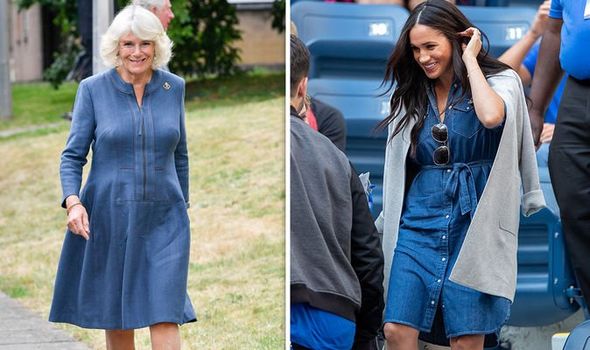 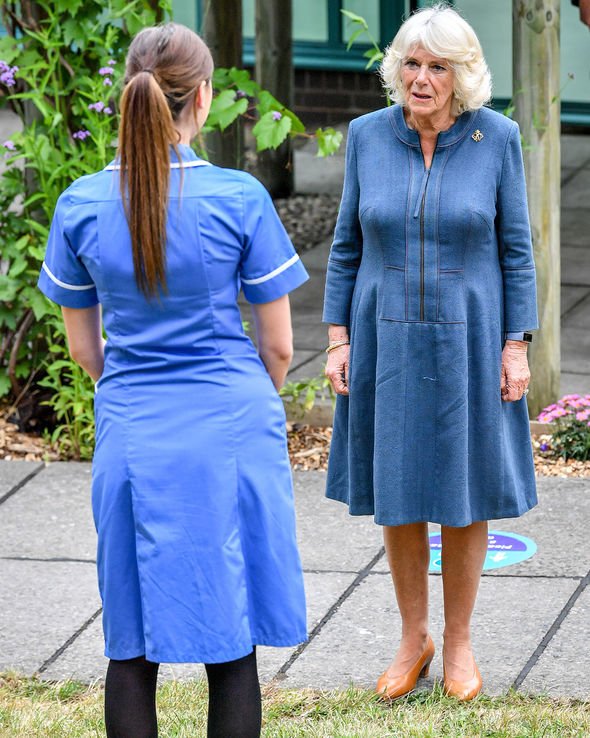 The casual outfit looked like it could have been inspired by another Duchess – who is also known for setting fashion trends.

Meghan Markle has been spotted many times wearing denim, including a denim shirtdress from her favorite high street brand J. Crew, which sold out quickly as fans flocked to get the look.

The Duchess of Sussex also wore a beautifully cut Carolina Herrera belted denim dress for the polo in 2018.

It’s not a fabric that’s often spotted on the royals for events and public appearances; however, the family have been sporting much more relaxed looks during the lockdown, with Kate Middleton being praised for her more casual style in recent weeks.

DON’T MISS:
Real reason Duchess Camilla doesn’t use Diana’s old royal title [INSIGHT]
Royal skincare: Camilla’s facialist on how to get a glow in lockdown [COMMENT]
Meghan Markle only went to Royal Ascot once — it was without Kate [PICTURES]

Photos were shared of the socially distanced meeting on the royal couple’s Clarence House Instagram.

The post read: “’They are Britain at its best.’ The Prince of Wales and The Duchess of Cornwall today visited Gloucestershire Royal Hospital and thanked key staff who have been working on the frontline of the COVID-19 pandemic.

“Their Royal Highnesses spoke to a range of healthcare professionals including clinicians, volunteers, junior doctors and members of the domestic team.

“During the socially-distanced visit, The Duchess said: ‘There is nothing like being able to thank the NHS staff face-to-face even if the choreography is a little bit different! They are Britain at its best.’”

The Prince also praised the “marvellous cooperation” of all involved.” 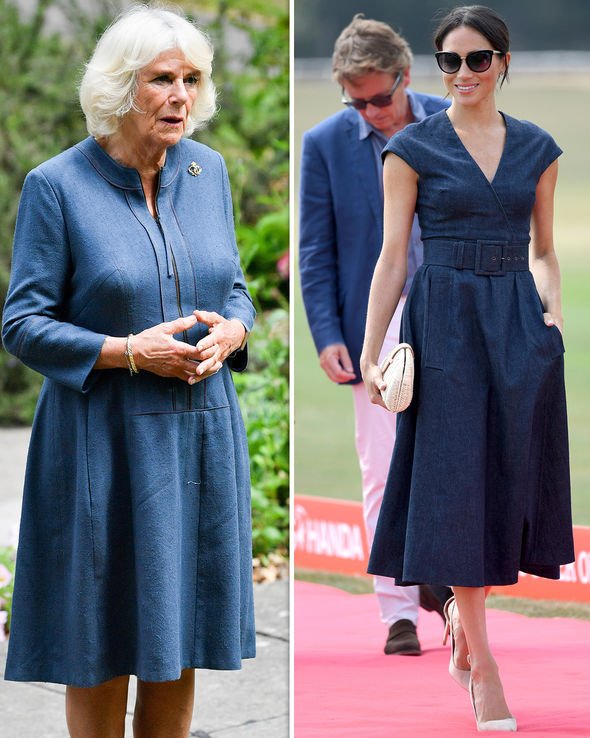 Camilla added royal flair to the denim dress with hew jewellery choices to complete the look.

The Duchess wore a pair of large pearl earrings with the dress, which look like the same ones worn for her anniversary portrait with Prince Charles last year.

However, it was the royal’s brooch that really stood out against the plain blue denim dress.

Camilla wore a gold, heart-shaped brooch with a crown motif on top, which may have been a nod to the NHS as they thanked them for all their life-saving work. 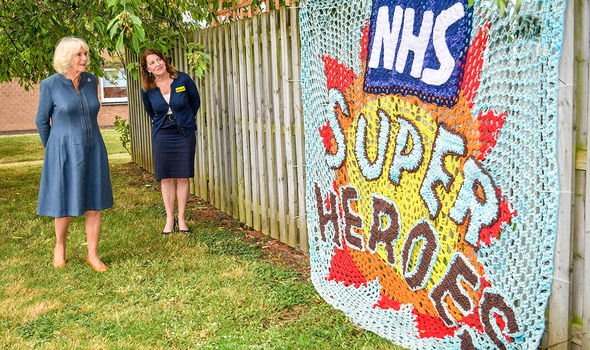 Speaking to the cameras for ITV during the visit, Camilla praised the workers for all they had done.

The Duchess described them as “Britain at its best” and said: “They’ve done the most remarkable things”.

The royal remarked that they had “kept control” of the whole thing and not given up during the pandemic.

Prince Charles agreed and said: “How they do it, I don’t know”, saying it had brought different departments together in a way it hadn’t before.