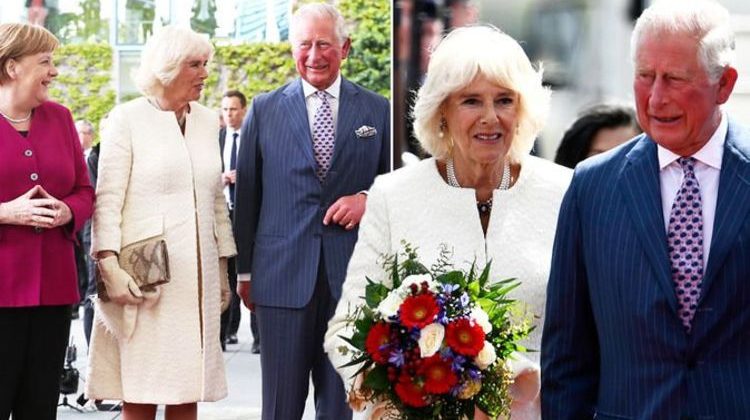 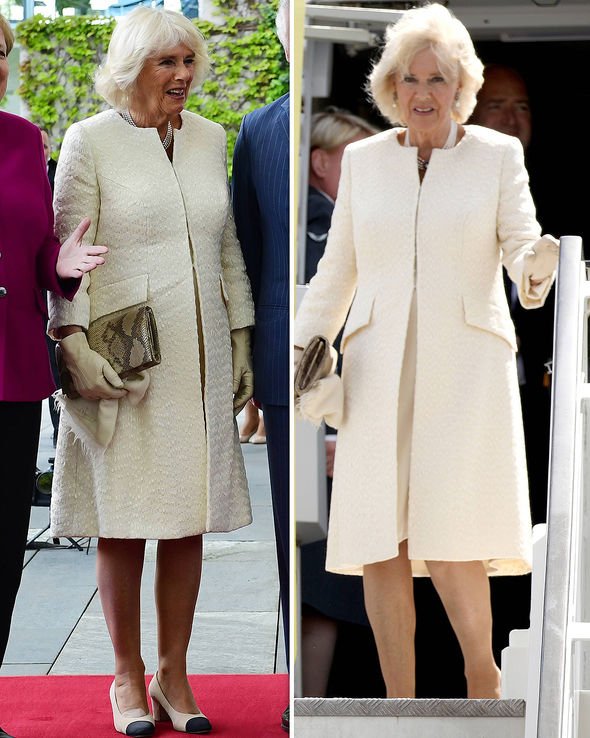 Camilla Parker-Bowles and Prince Charles have begun their three-day tour of Germany. The royal pair were photographed disembarking their plane at Berlin and meeting German Chancellor Angela Merkel at the Chancellery. Camilla was the picture of elegance in a cream ensemble. She wore a knee-length cream coat with oversized pockets on each side. While the coat remained fastened, a plain cream dress could be seen beneath the number.

Although Camilla kept her legs bare she did opt to wear cream leather gloves and held a similar coloured pashmina by her side.

Her heels were also cream with a navy toe but the Duchess branched out when it came to accessories.

Camilla chose a bold choice of handbag and was seen holding a snakeskin clutch.

As for jewellery, Prince Charles’s wife wore a multi-strand pearl necklace with a gem-set clasp around her neck.

She also appeared to opt for her favourite everyday pearl pendant earrings to complete the fashionable outfit. 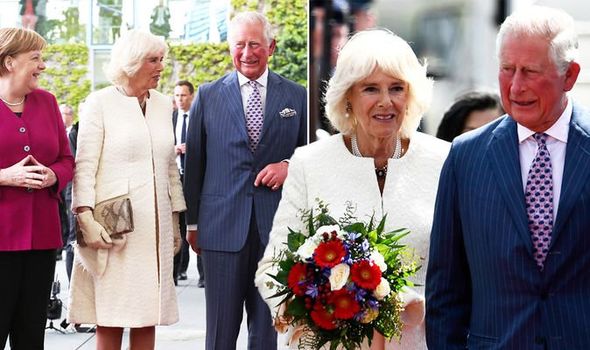 The visit by the heir to the UK throne and his wife is at the request of the government and aims to “demonstrate the depth and breadth of the UK-Germany bilateral relationship and its enduring importance to both countries.”

This evening, the Royals will attend at a reception at the British Ambassador’s residence.

Prince Charles will look ahead to the UK’s wider relations with Germany after Brexit and is expected to say: “It is a relationship in transition.”

“But whatever the shape of our future relationship, and whatever is negotiated and agreed between governments and institutions, it is more clear to me than it has ever been, that the bonds between us will, and must, endure – and that our young people, and future generations, will have as much cause to cherish those bonds as our generation has had.”

During the visit, Charles and Camilla will also lay a wreath to mark the 70th Anniversary of the Berlin Airlift, after the Soviet blockade of West Berlin in 1948/49. 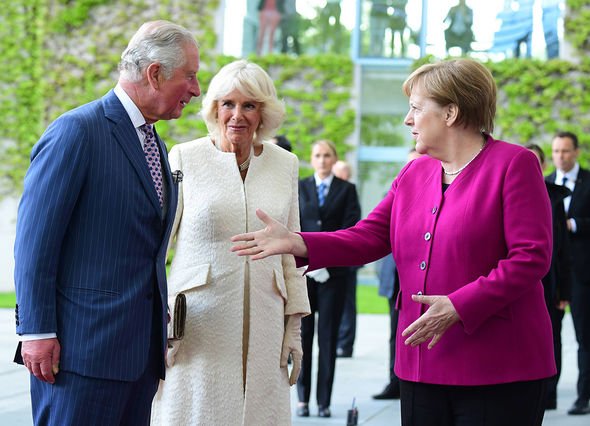 The visit comes just a day after Charles and Camilla welcomed a grandson into the world following the birth of Meghan Markle and Prince Harry’s royal baby.

The Duke and Duchess of Sussex took to Instagram yesterday to share the happy news, confirming that both the Duchess and baby are healthy and well.

They shared an image which read: “It’s a BOY! Their Royal Highnesses the Duke and Duchess of Sussex are overjoyed to announce the birth of their child.”

The name is yet to be revealed, with the couple confirming on Instagram that more details will be shared in forthcoming days.