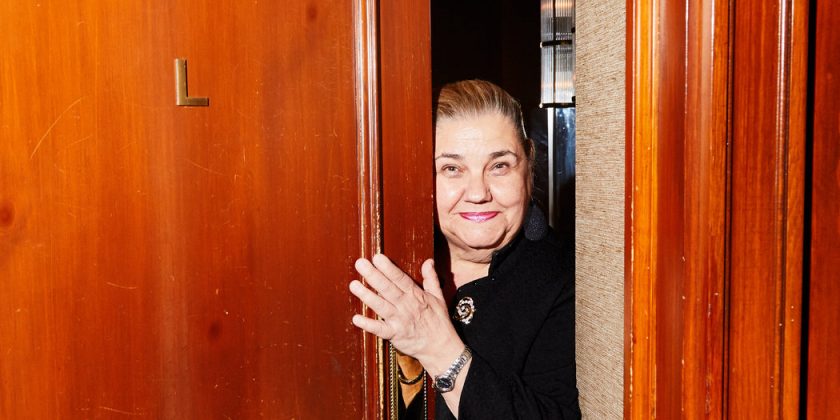 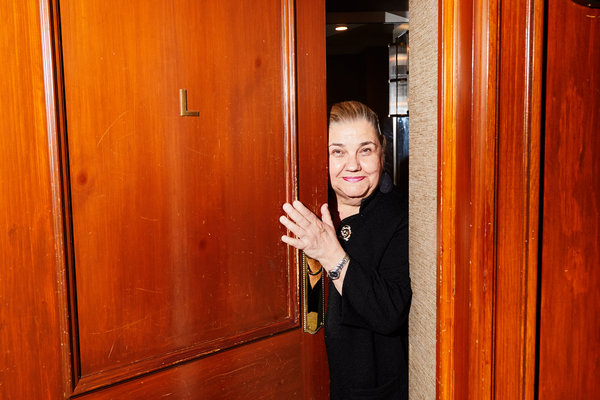 On a recent Wednesday evening the small, tranquil four-stall bathroom at the “21” Club in Manhattan was free of patrons. Still, Pat Velasquez, 72, dressed in a black blazer and matching pants, and black and white printed silk shirt, stood by the sink, a white paper towel in her hand, ready for someone to enter. Eventually Mary Garrett, a first-time customer, did.

“I’ve not been in a restaurant that has an attendant in a long time,” Ms. Garrett said, looking pleasantly surprised. “The bathroom attendant is a thankless, antiquated job. You’re paying an employee to do something no one understands. This is very genteel. I can’t believe they have one.”

Ms. Velasquez makes $15 an hour and if she’s lucky, takes home an additional $15 to $20 in tips during a shift that lasts six and a half hours. (“21” also employs another attendant, Roseanne Huschle, who has been with the restaurant for 20 years.)

“It’s not easy, but it’s worth it. I’m a people person and you get to meet everyone — tourists and regulars,” Ms. Velasquez said. “The bathroom is the main part of everything. People cry in here. They lean on my shoulder. I’m like a psychiatrist. Sometimes they’re drunk and throw up. Or they come in and make private calls. Or they want to smoke and are disappointed that I’m here, so they can’t.”

Years ago, bathroom attendants were in demand: an essential accouterment to the high-end restaurant or nightclub experience. They often have overseen amenities like perfume, gum, mints, hair accessories, Q-Tips, sprays, even ear plugs for those who want to disregard the table conversation or found the music at a club too loud.

They remain an essential presence in certain department-store “ladies lounges,” where customers might pause with shopping bags that need guarding.

But like, well, department stores, “bathroom attendants have definitely faded,” said Lee Schrager, the founder of the South Beach Wine & Food festival in Miami. “Years ago, they were considered elegant. Now, some might find them creepy because they don’t want another person standing in there while they’re using the bathroom.”

Mr. Schrager did not say why this squeamishness has only emerged recently.

Thomas Farley, also known as Mister Manners, an etiquette expert who teaches manners workshops around the country, has another theory. “A lot of people don’t carry cash anymore, and even if they do, they don’t feel the need to give someone a dollar to hand them a paper towel,” he said.

Mr. Farley pointed out as well that many establishments are installing gender-neutral bathrooms. “Some of these spots have attendants, but they’re more like air traffic controllers who tell you which stall is free to use,” he said. “They also make sure that the bathroom stays clean and that there’s no untoward behavior going on.”

Ms. Velasquez of “21” is in a different category. When business is slow, she stands outside the door, talks with customers and watches the restaurant traffic.

“I’ve known Pat as long as she’s worked here,” said Andrea Thurlow, a fashion designer and regular at the restaurant. “I love seeing her. We have a good relationship. I know about her personal life, we have a little chat. You need to have the right personality to do this job. Most attendants are rude. They just want their money, and that makes it uncomfortable. But not here.”

Theodore V. Suric, the general manager of “21,” said that its patrons come for the Prohibition Room, the toys on the ceiling, the jockey ornaments — and the bathroom attendants.

“We had one in the men’s room who was here for 25 years, but he died six years ago,” Mr. Suric said. “I tried replacing him, but I can’t find the right person to complement the position, the guests and the restaurant.”

According to Reneta McCarthy, a senior lecturer at the School of Hotel Administration at Cornell University, bathroom attendants today are rare. “Back in the day, you expected to see a bathroom attendant in a nice restaurant, and you would definitely tip him or her,” Ms. McCarthy said. “Now, you hardly see them, and if you do, there’s not that same compulsion to tip them.” 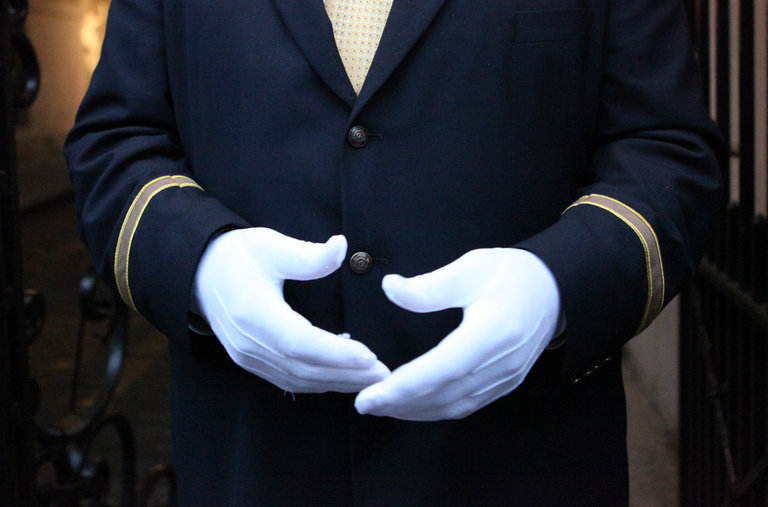 “Culturally as a society, we’re less formal today, and that puts attendants to the wayside,” she said.

Professional groups like the Hotel Employees and Restaurant Employees Union don’t monitor the number of bathroom attendants. But they are missing from a number of restaurants and clubs that formerly had them, like Balthazar and the Four Seasons Restaurant.

The Skylark, a new swanky cocktail bar in Midtown Manhattan, has an attendant for its gender-neutral restrooms, but management declined to be interviewed on the subject.

The Tums, They Are A-Changin’

There are some old holdouts besides “21.” Joe’s Stone Crab, the 100-year-old seafood restaurant in Miami, has had an attendant in the women’s restroom for at least a few decades, according to the general manager Brian Johnson.

“They may not be as appreciated as they once were because we’re a lot less formal now, but they’re still nice to have,” Mr. Johnson said.

The current two attendants, Iris Cedillo and Margarita Romero, have worked at Joe’s for more than 20 years. When Ms. Romero started in 1995, her job primarily involved pumping scented lotion onto women’s hands and helping them with Tums or a soda if they got sick.

But the amenities that the restaurant provides (lotion, tampons, toothpicks and individually wrapped chocolate mints) have been somewhat pared down. So are the tips she receives.

“I used to make $20 a night, now the most I’ll get is $10,” Ms. Romero said through a translator. “Women tell me how friendly I am and how clean the bathroom is, but that doesn’t mean more tips.”

Inebriated patrons have also been known to steal amenities, some of which are purchased by employees.

“People take the perfumes so we don’t leave those out anymore,” Ms. Velasquez said. “We used to keep the lotion out, but someone broke the bottle. It’s in a plastic container and it doesn’t look nice. But if anyone needs hair spray, Advil, bobby pins, tampons, a hair dryer or curling iron, I have those. People just need to ask, and most do.”

Shareef Malnik, the president and chief executive of the Forge Restaurant and Wine Bar, a steakhouse in Miami Beach that opened in 1968, has kept attendants and their lavish offerings in both his men’s and women’s restrooms. (The Forge is temporarily closed for renovations.)

Items are displayed on marble trays or in raised crystal bowls and woven baskets. They include a half dozen expensive perfumes and colognes, like Tom Ford Noir for men and Viktor & Rolf Flowerbomb for women.

“I feel like it’s pampering my diners to have attendants,” Mr. Malnik said. “We’re old-school that way.”

Max Sylvestle has worked as an attendant in the men’s room at the Forge for the last five years. “Men come in and are so surprised at all the fun stuff I offer them,” he said. “They all love using the Tom Ford cologne and are also really into the gum.”

And Timothy Butler, owner of A Royal Flush, a company that provides upscale portable bathrooms for events in New York, New Jersey and Connecticut such as charity galas, golf tournaments and weddings, said that even though restaurants and nightspots may be cutting back, attendants remain an essential part of his business.

“Of the 300 or so events we are hired to do a year, the overwhelming majority involve attendants,” Mr. Butler said. Indeed, he said that compared with a decade ago, “they’re much more popular today. Maybe it’s because people realize that they add a touch of class.”