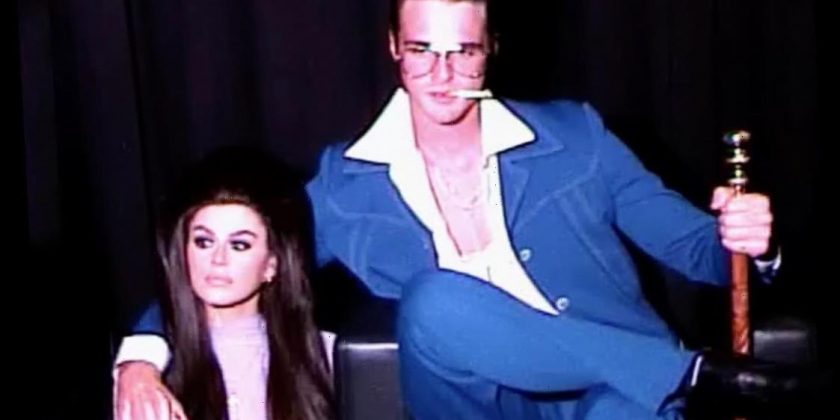 Posting to the social photo-sharing app on Sunday, the 19-year-old model confirmed her relationship with Elordi, 23, with a candid series of shots of the two dressed in a couple's costume for Halloween.

Channeling Elvis Presley and his ex-wife Priscilla Presley for their fun holiday look, Elordi donned a blue suit with a white collar and a pair of aviator glasses for the occasion, which he made complete with his hair styled to look reminiscent of the late king of rock and roll.

Meanwhile, Gerber sported a skin-tight purple top and matching pants that she accessorized with retro winged black eyeliner and voluminous hair, as she posed beside her actor beau for the selection of photos.

Speaking with Vogue about the couple's look, makeup artist Sam Visser and hairstylist Charlie Le Mindu detailed how the costume idea came to be.

"Kaia had sent me the idea, as there was a specific photo of Priscilla and Elvis that they wanted to recreate," Visser said, noting that Gerber opted not to recreate the couple’s infamous look from their Las Vegas wedding.

Crafting the look was easy for the hairstylist, who said that Elordi and Gerber are "such a beautiful couple."

"For me, the most important thing was the match. I need to keep the sexy feeling, but not make it too extreme," he said. "It was easy, as they are such a beautiful couple anyway."

"But I married both their hairstyles with a shine, so it looked like both of them had a matching shimmer," he added.

Elordi and Gerber first became romantically linked in early September when they were spotted dining at the same restaurant, Nobu Malibu. Later that month, the couple were then seen holding hands as they made their way to dinner in New York City.

One onlooker who saw the pair hand-in-hand while out in Manhattan in September told PEOPLE they appeared "comfortable" with each other.

"Their fingers were interlocked, and they seemed very comfortable together," said the onlooker. "At one point they weren't holding hands and Kaia grabbed his and they went on their merry way. They looked happy."

Since then, the couple continued to spark their romance rumors as they later went on to vacation in Los Cabos, Mexico, with Gerber's parents, Cindy Crawford and Rande Gerber later that month.