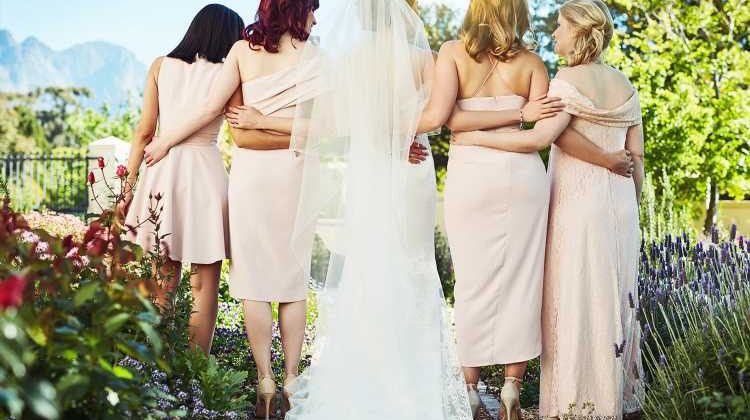 A BRIDEZILLA has been branded a “monster” for demanding her maid of honour lose her baby weight less than a month after giving birth, or she’ll fire her.

The bonkers bride asked if it would be “wrong” to replace her, as she doesn’t fit into her dress after welcoming her baby three weeks ago. 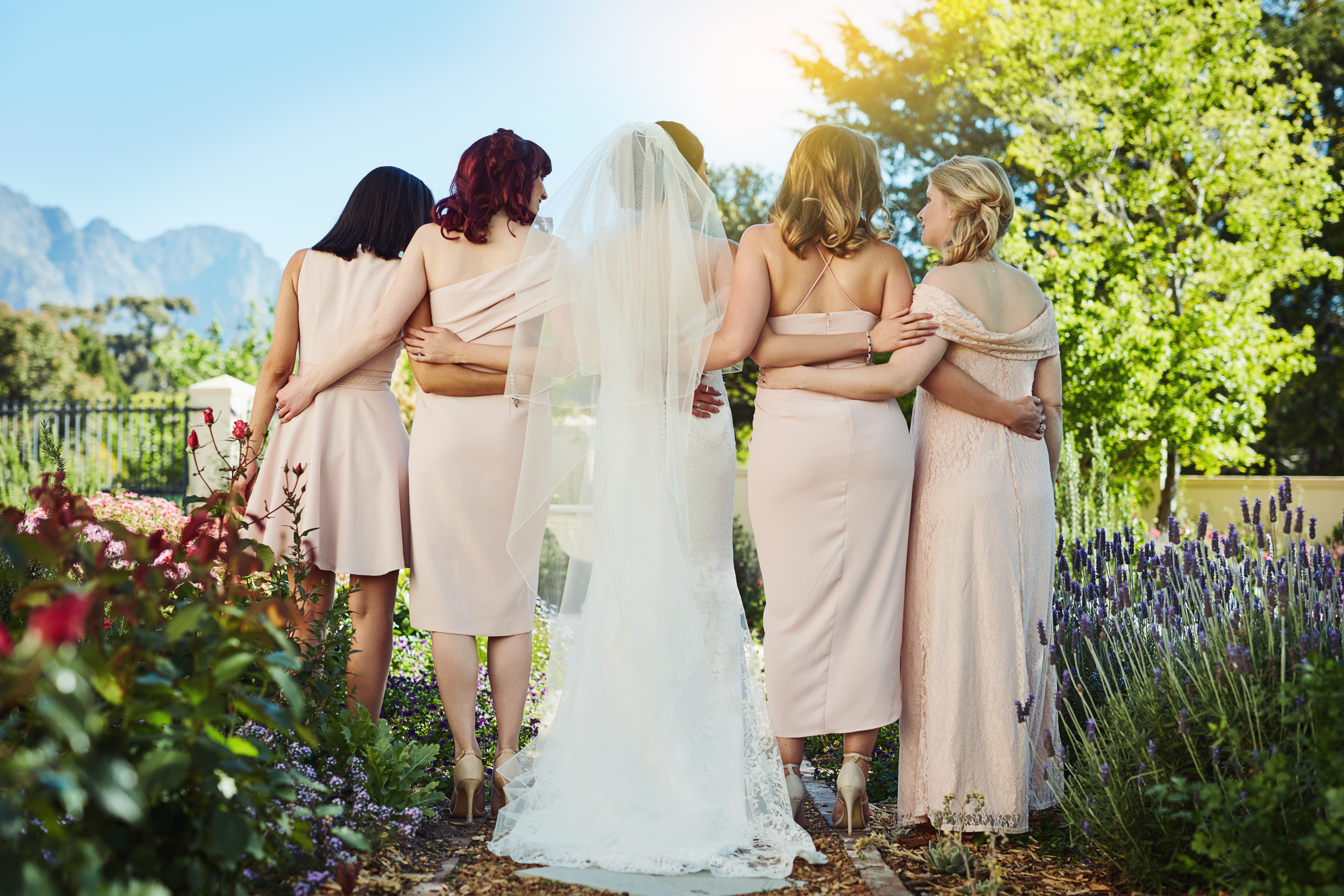 Posting on Facebook, the woman raged that her friend still “looked pregnant”, and she didn’t want her baby weight “ruining the wedding”.

With three weeks to go until the big day, the bride debated replacing her, ruling out the new mum’s back-up dress.

The bride-to-be wrote: “So my friend who is my maid of honour in my wedding recently gave birth and she hasn’t lost the baby weight.

“I know it’s not an easy thing to do and all but it’s been like three weeks already and she still looks pregnant. 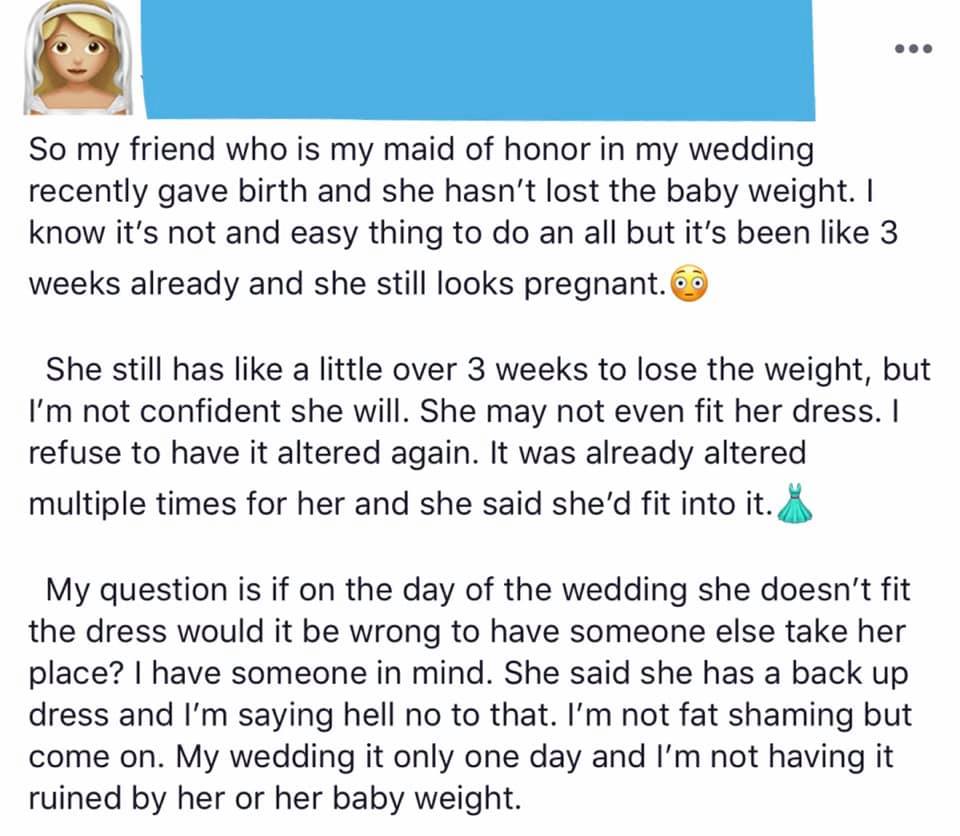 “She has like a little over 3 weeks to lose the weight, but I’m not confident she will.”

And instead of letting her friend wear something else or alter the dress, the woman ruled both those options out.

She continued: “She may not ever fit her dress.

“I refuse to have it altered again. It was already altered multiple times for her and she said she’d fit into it.

“My question is if on the day of the wedding she doesn’t fit the dress would it be wrong to have someone else take her place? 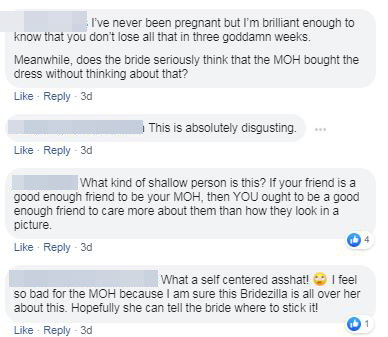 “I have someone in mind. She said she has a backup dress and I’m saying hell no to that.”

The bride claimed she wasn’t ‘fat shaming’ her friend, but said: “I’m not fat shaming but come on.

“My wedding is only one day and I’m not having it ruined by her baby weight.”

The bride’s post has since gone viral, racking up more than 1,000 comments from people who have branded her “shallow” and “horrible”.

One person said: “The fat shaming is HORRIBLE. But also, your bridesmaids are supposed to be the people you love standing with you, not mannequins for photos.”

Another person wrote: “Imagine thinking that someone's baby fat will ruin your wedding.”

A third wrote: “At 6 weeks postpartum I was JUST getting out of the house for the first time and everything was overwhelming still and my body was still weird.”

This mum said: “Holy s*** this is so cruel hearted.

“It took me over six months to even feel like myself again and 12 months to get back into my clothes.”

Someone else commented: “What an a*****e. I feel bad for her friend and future husband.”

This cougar, 47, was desperate to please her toyboy fiance, 26, who demanded a white wedding with all the trimmings.

For more wedding horror stories, this bride has been roasted for wearing an "ombre" black wedding dress that looks like she's "walked through mud".

And this pregnant bride was mocked for getting married in a sheer dress with "granny pants" underneath while the groom wore jeans.