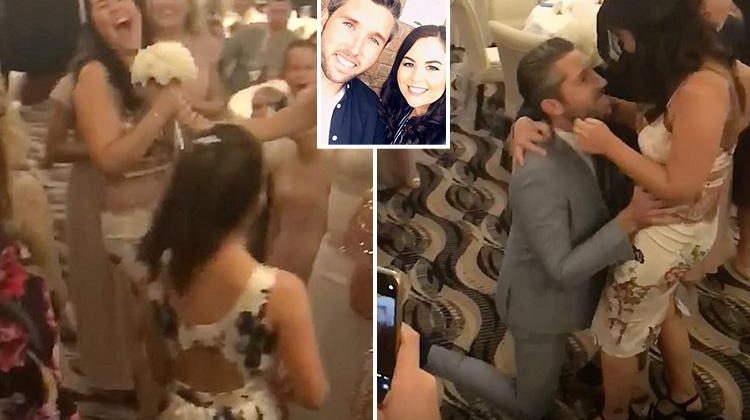 Teaching assistant Kirsty Frayne, 29, from Bognor Regis in West Sussex, jostled with the other female guests to catch the flowers. 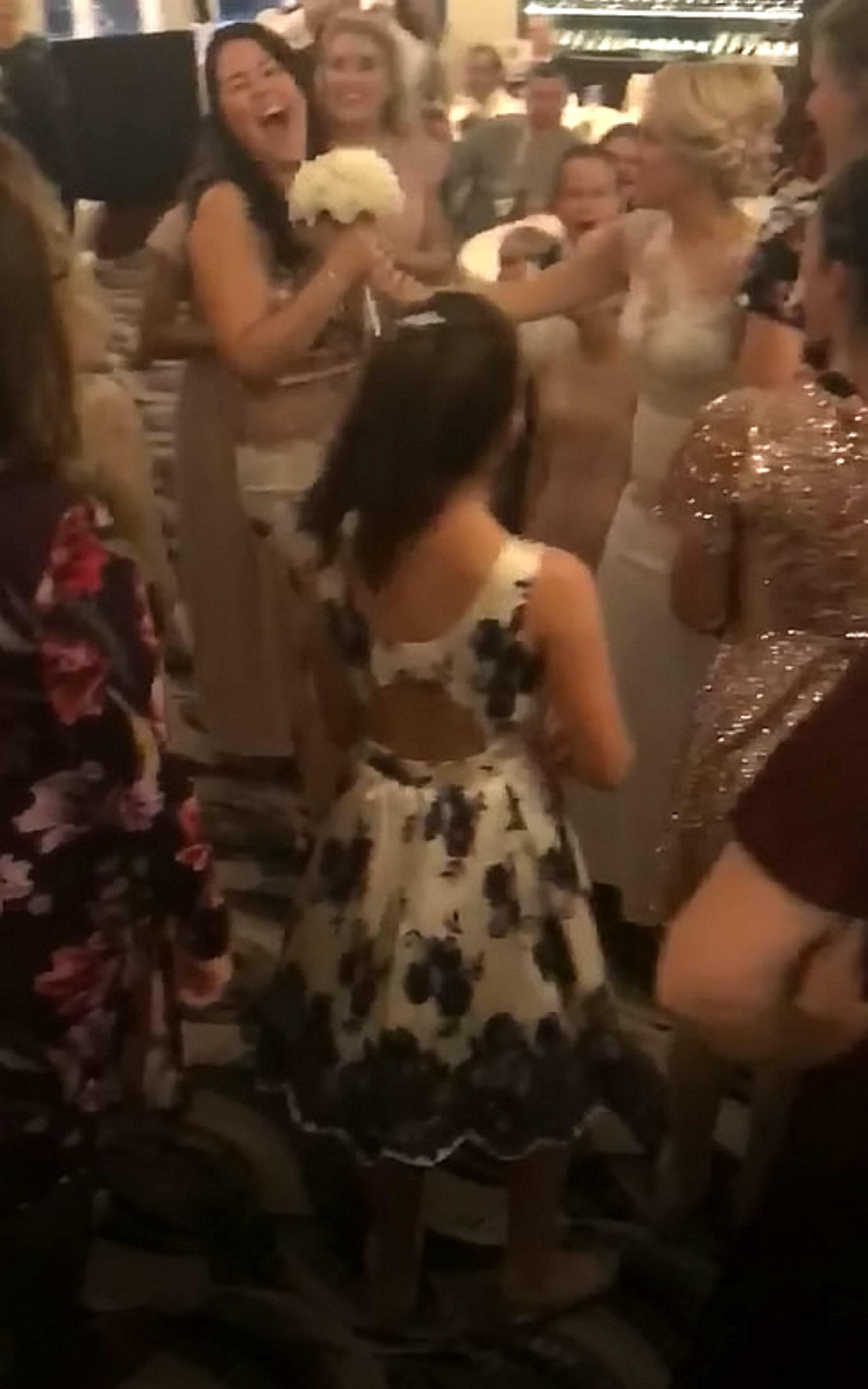 But she was left stunned when the bride simply turned round and handed her the bouquet instead.

Kirsty's partner Joe Booker, 28, then appeared behind her, got down on one knee and asked her to marry him.

The couple were attending the wedding of Joe's cousin Ben Lavell, 36, an estate agent, and his bride Natalie at the Carlyon Bay Hotel near St Austell, Cornwall.

The elaborate proposal plan was hatched during the stag do. 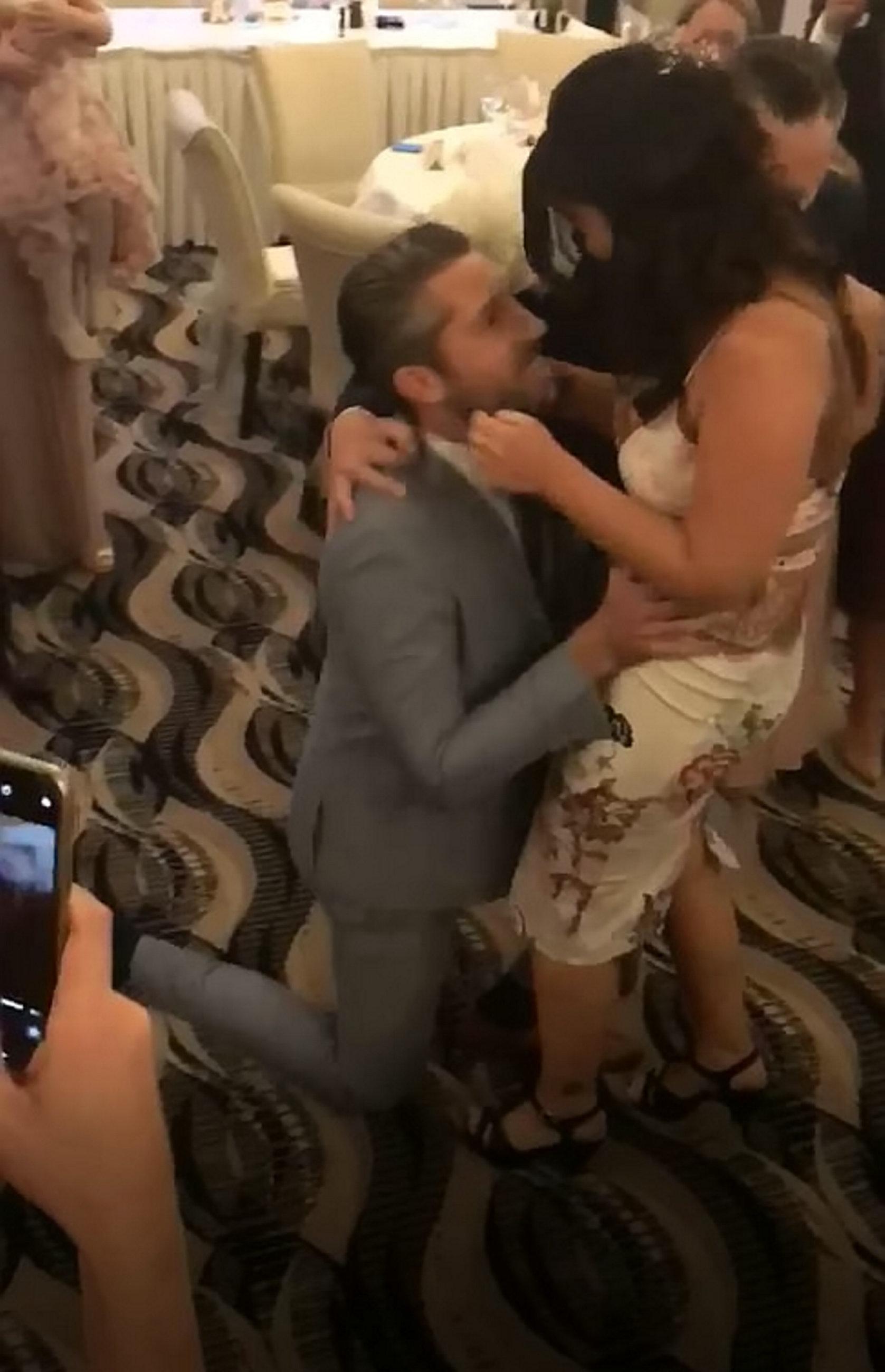 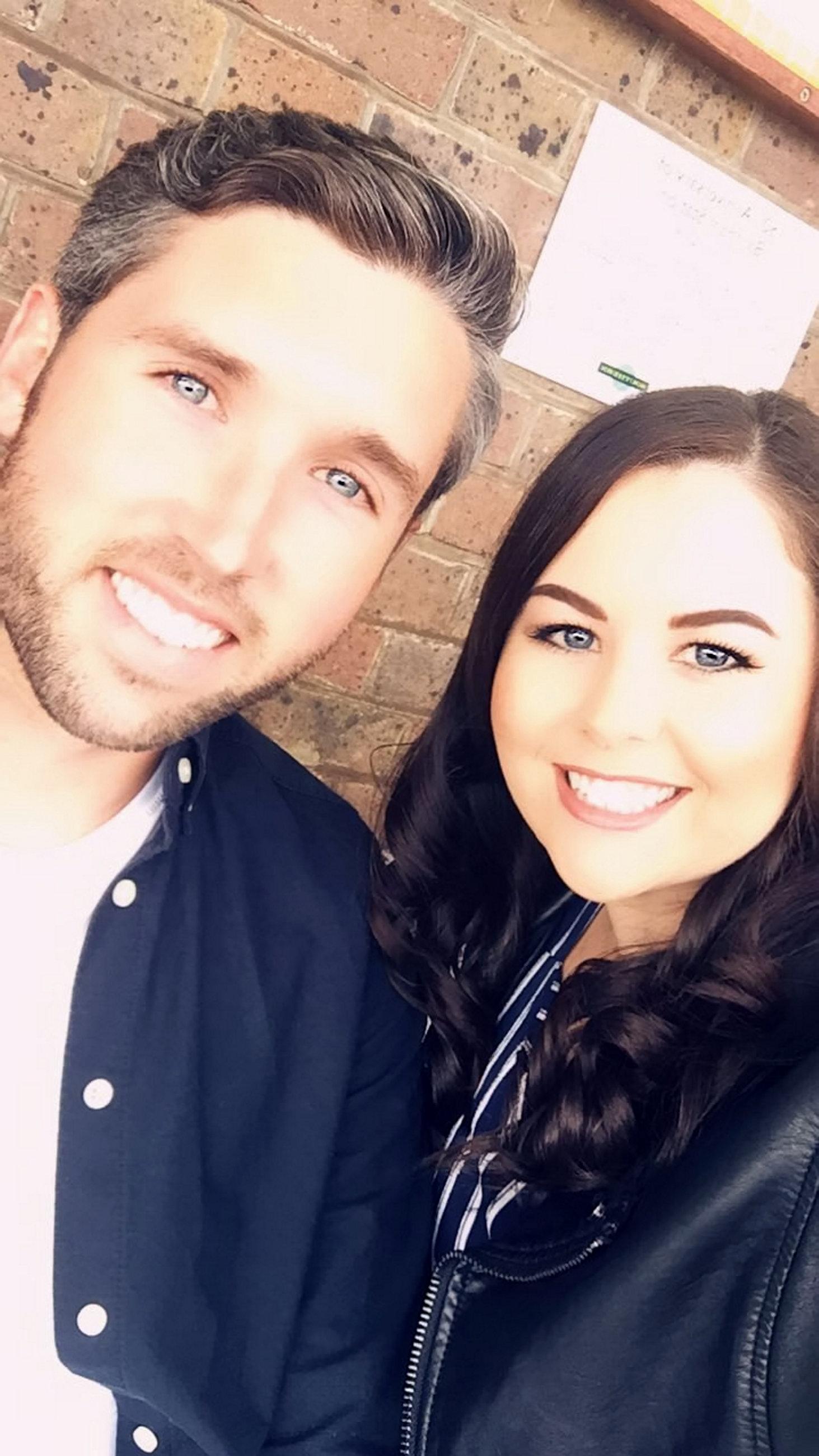 Joe, a window cleaner, said: "I was at Ben's stag do in Krakow, Poland, when, after a few drinks he said he thought it would be a good idea for me to propose to Kirsty at his wedding.

"I was not sure at first as I didn't think about getting married yet as we are just about to emigrate to Australia but then I thought it doesn't get much more romantic than proposing at a wedding."

Thankfully, Kirsty – who is originally from Perth in Australia – said yes before bursting into tears in front of delighted guests. 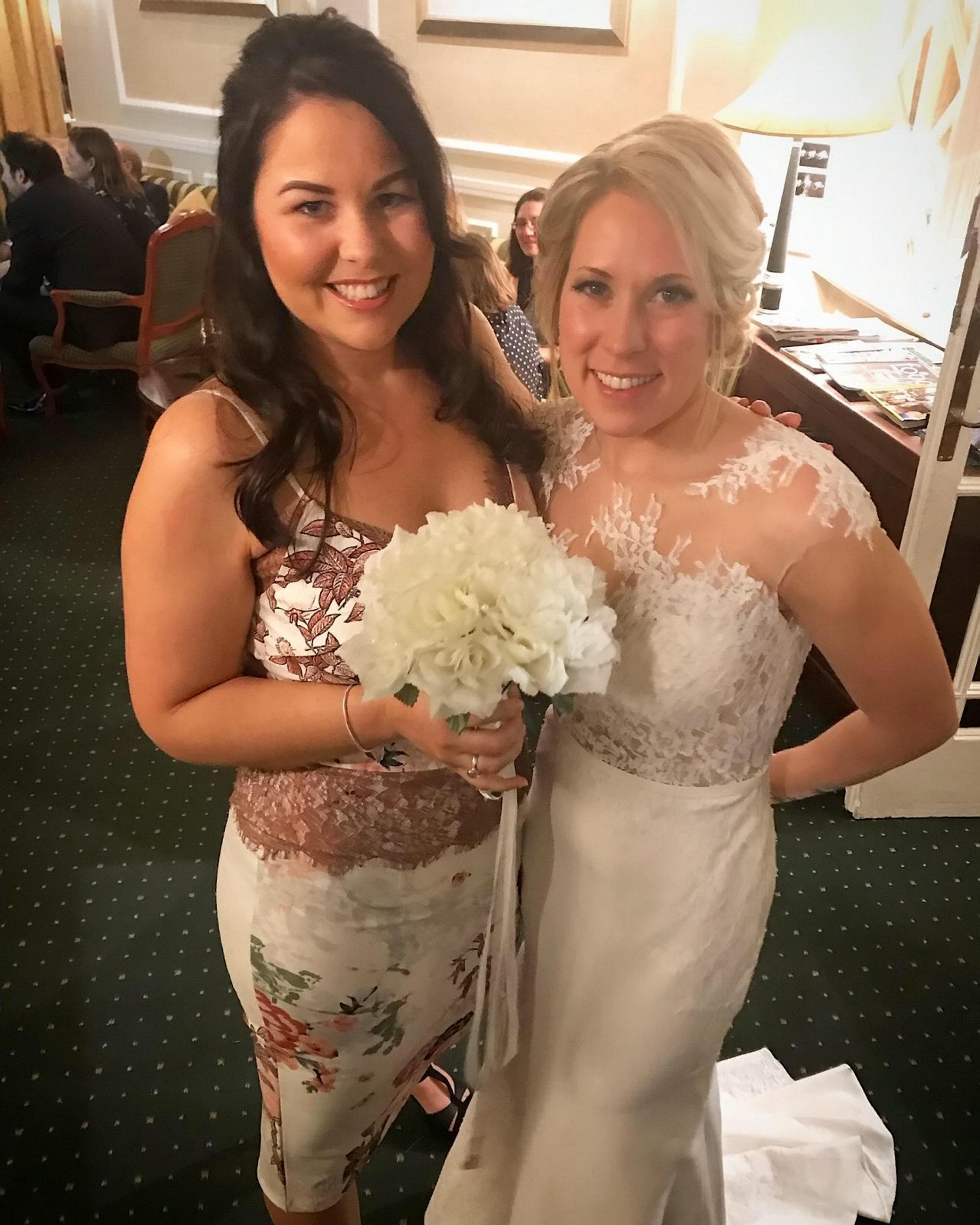 Ben said: "We thought it was be a lovely thing to see and celebrate before they left for Australia, plus Kirsty is desperate to get a married and have babies and was sure Joe was never going to do it.

"Joe is quite shy to so we didn't think he'd do it. So Natalie came up with the idea of instead of throwing the bouquet to give it to her and Joe would be there waiting.

"His family didn't know either, apart from his dad."

Ben and Natalie, of Cannon Downs, Cornwall, are currently honeymooning in Bali.

Natalie, added: "About a month ago he said he'd do it as long as we were sure it wouldn't steal our thunder."

Kirsty and Joe are now preparing to move to Australia in two weeks and are already planning their wedding.

Earlier we revealed that a bridezilla called off her wedding because her ‘selfish’ fiance refuses to pay for dental work.

Another Bridezilla was slammed for getting annoyed at her maid of honour for "stealing her thunder" by getting engaged before her wedding.

Plus furious Bridezilla asks if she should uninvite her bridesmaid for dying her hair pink… and people are not impressed.