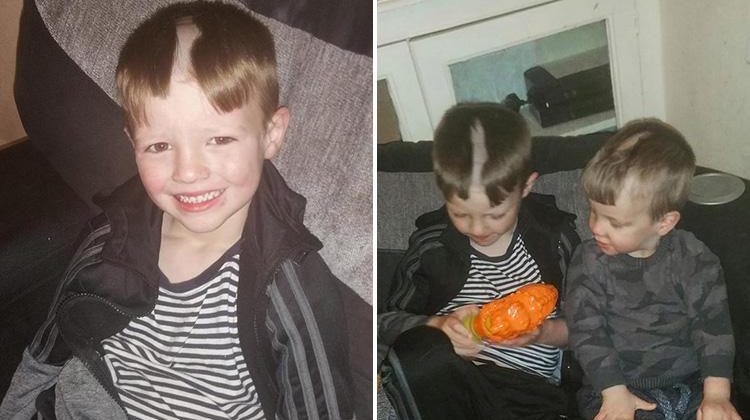 You never know what they'll get up to… especially if they find an electric shaver to play with. 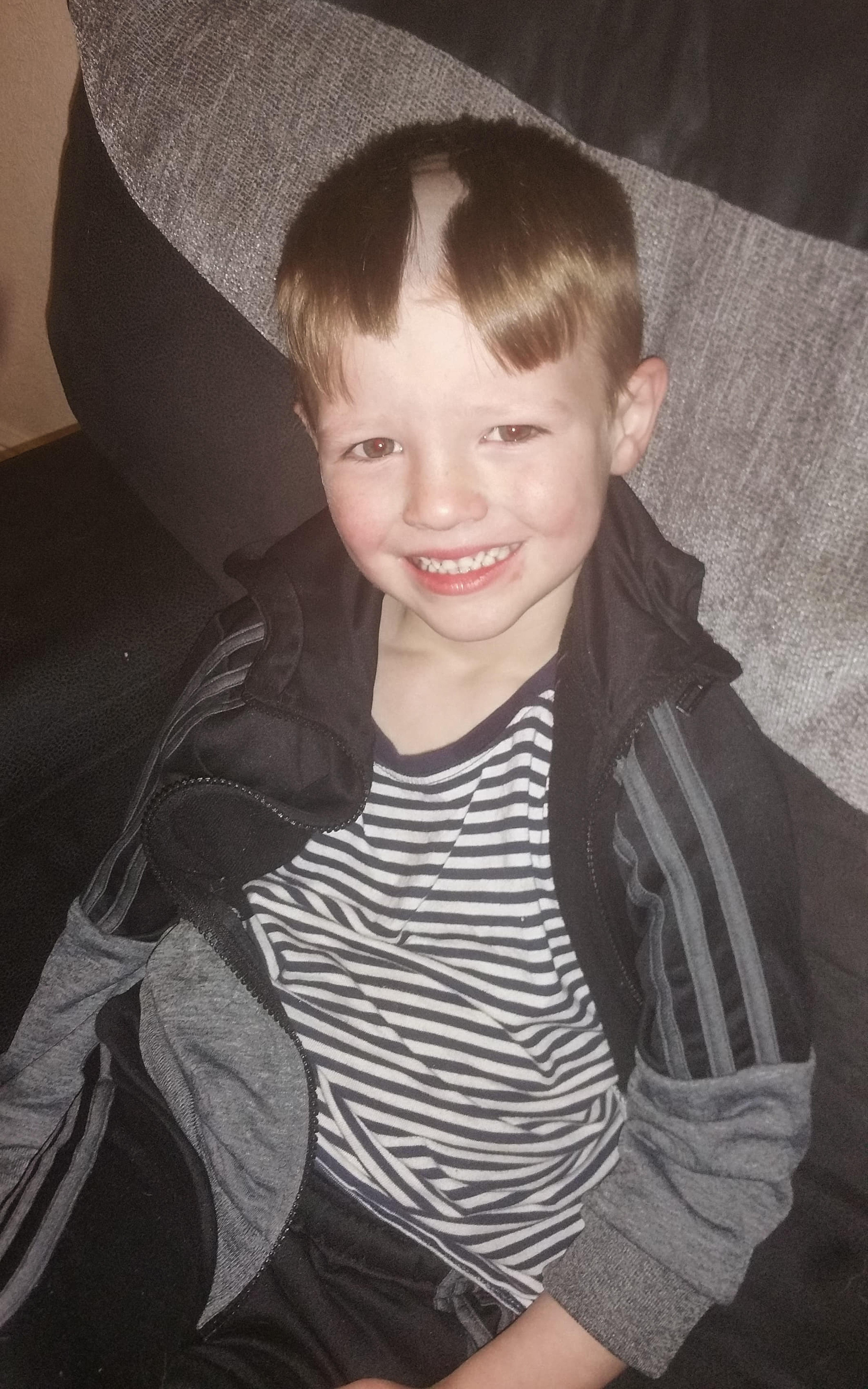 That's exactly what one mischievous four-year-old did yesterday.

Mum Charley Wilkinson, 21, was horrified when her son Logan woke her up in the morning – with a huge bald strip down the middle of his head.

But the mum-of-two was in for another shock 20 minutes later, when she walked into younger son Harrison's room.

The two-year-old had bald patches all over his head. 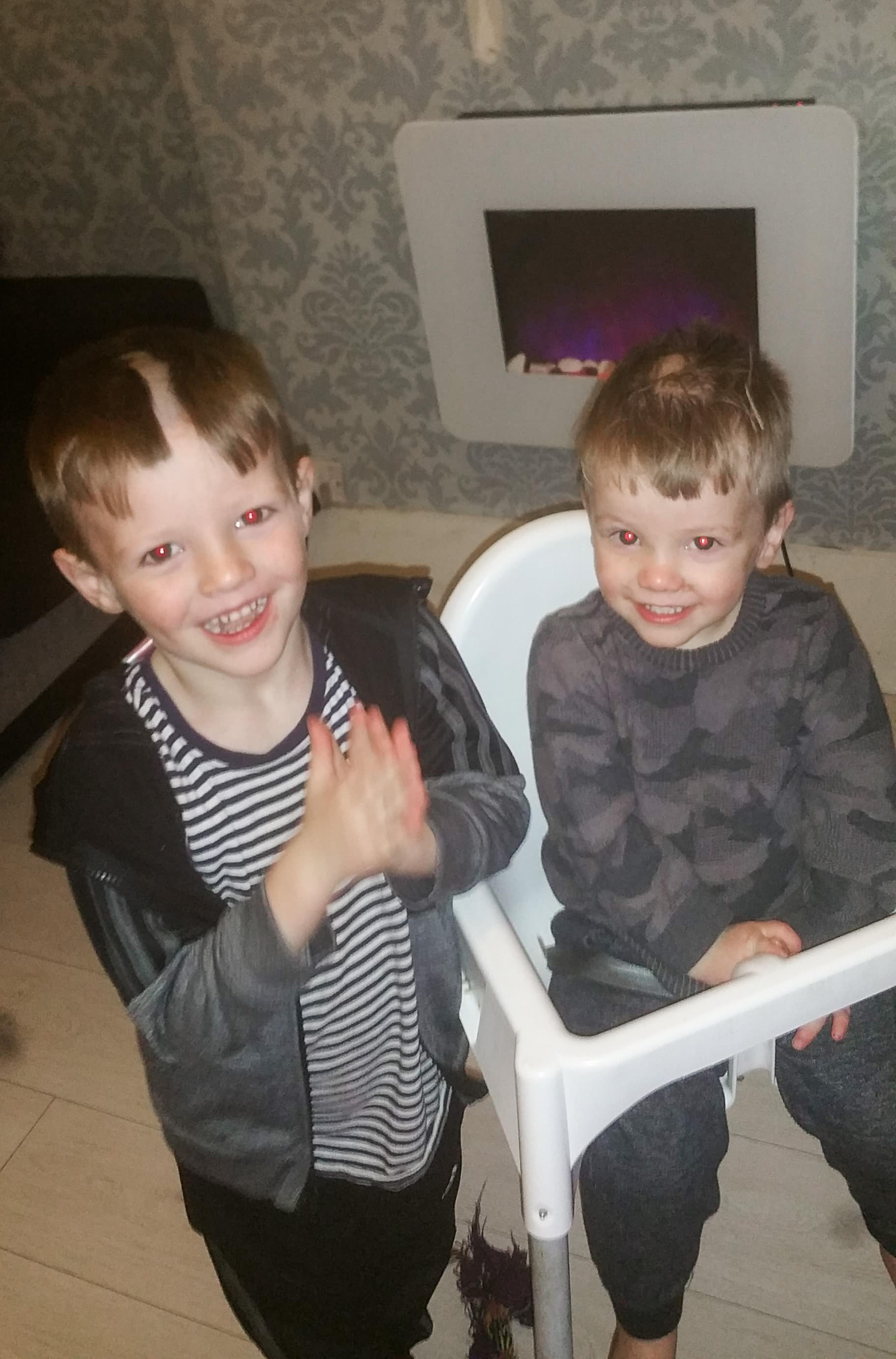 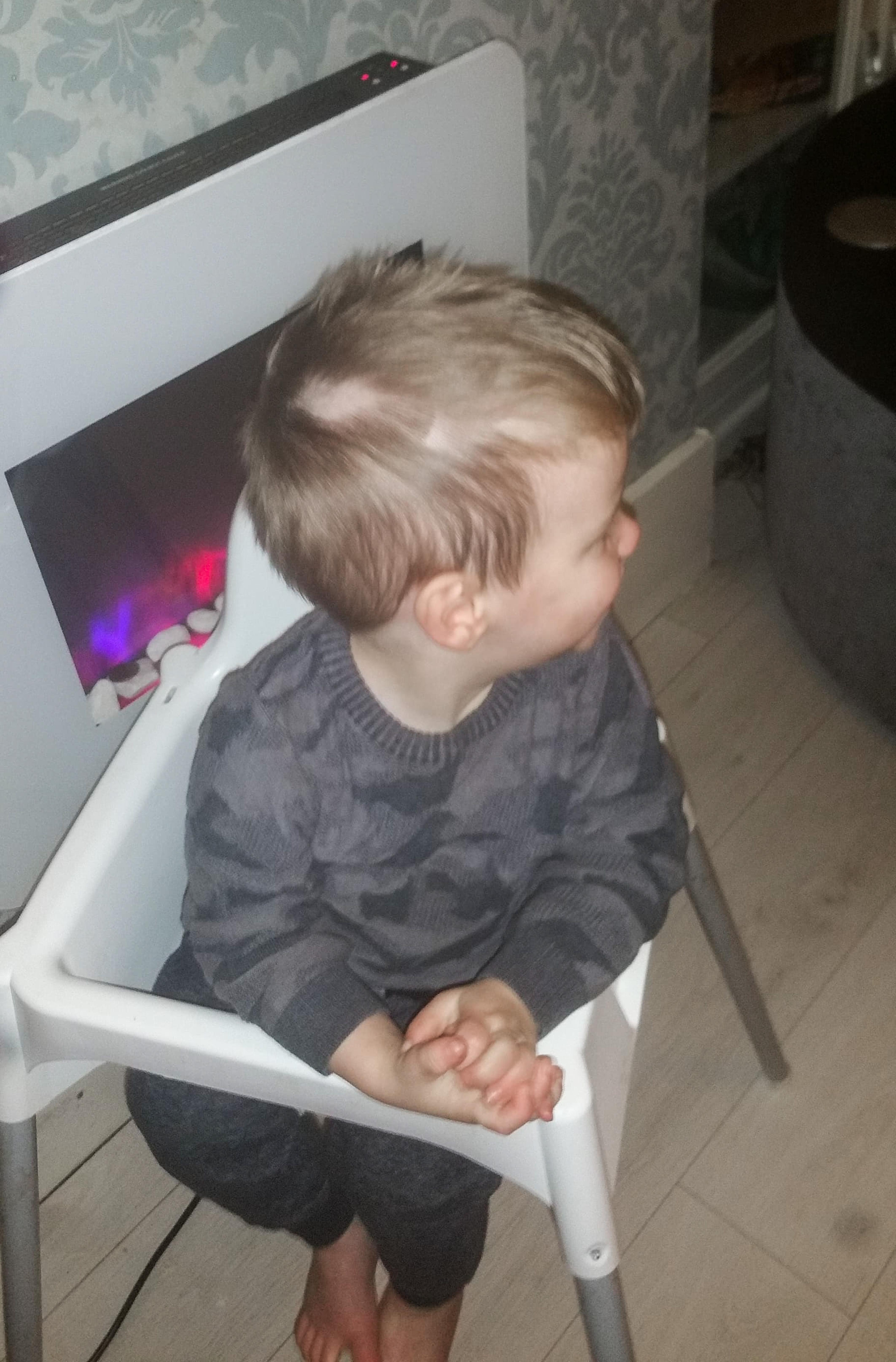 Before waking his mum up at 8am, cheeky Logan had snuck into the living room and swiped a brand new shaver from their "forbidden" ornament shelf.

When asked why he decided to play hairdresser, the youngster told his mum he wanted to look like his bald uncle.

Charley's since been forced to grant her son's wish, making the "heartbreaking" decision to shave both boys' heads completely. 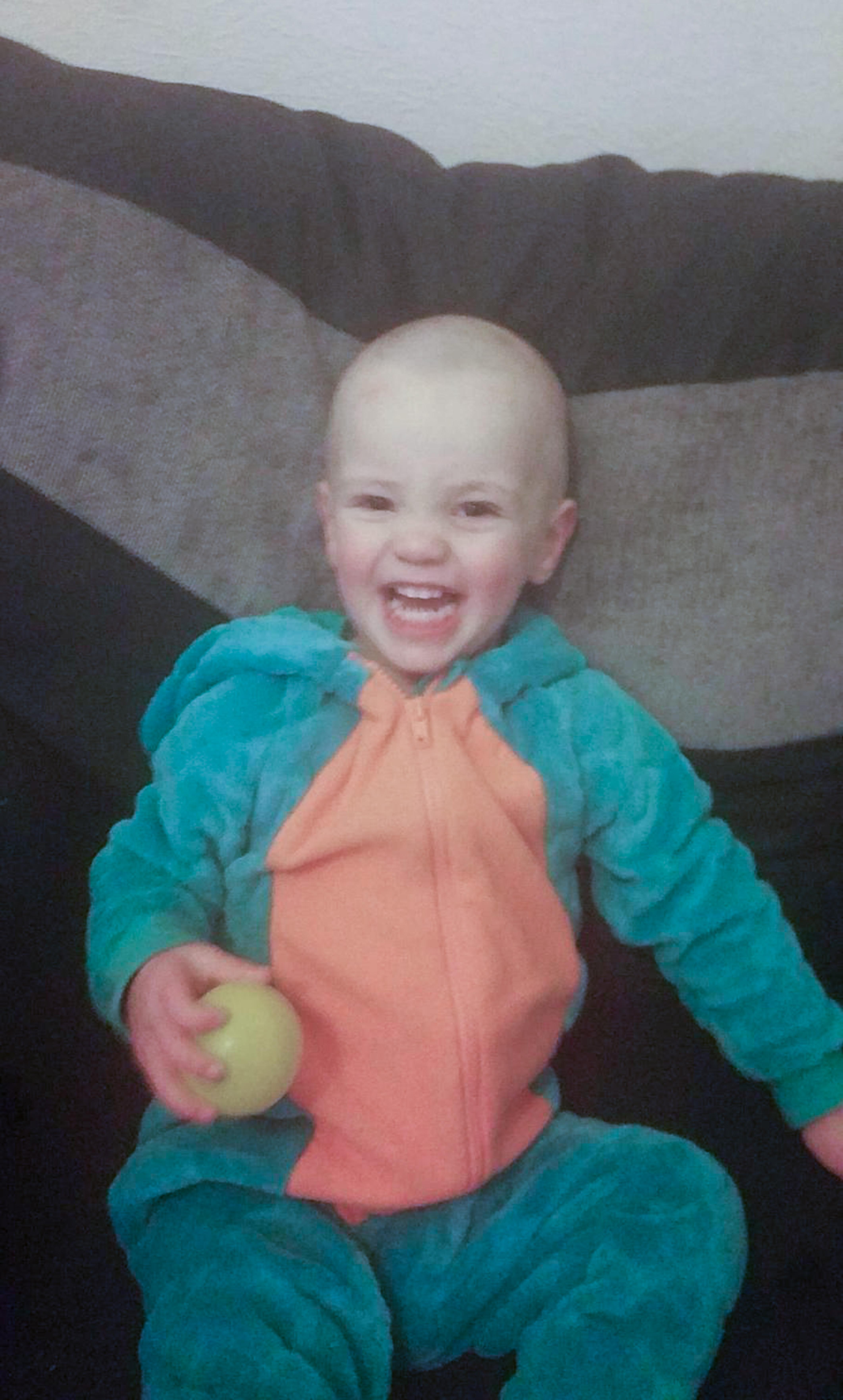 Full-time mum Charley – of Darwen, Lancashire – says: "Logan came in and woke me up but I was half asleep so I didn't notice his hair.

"I told him to go and wait for me in the front room while I got up.

"When I walked in and saw him sat on the sofa I immediately screamed: 'Oh my God, what have you done?'

"He had shaved a bald strip right down the middle of his head." 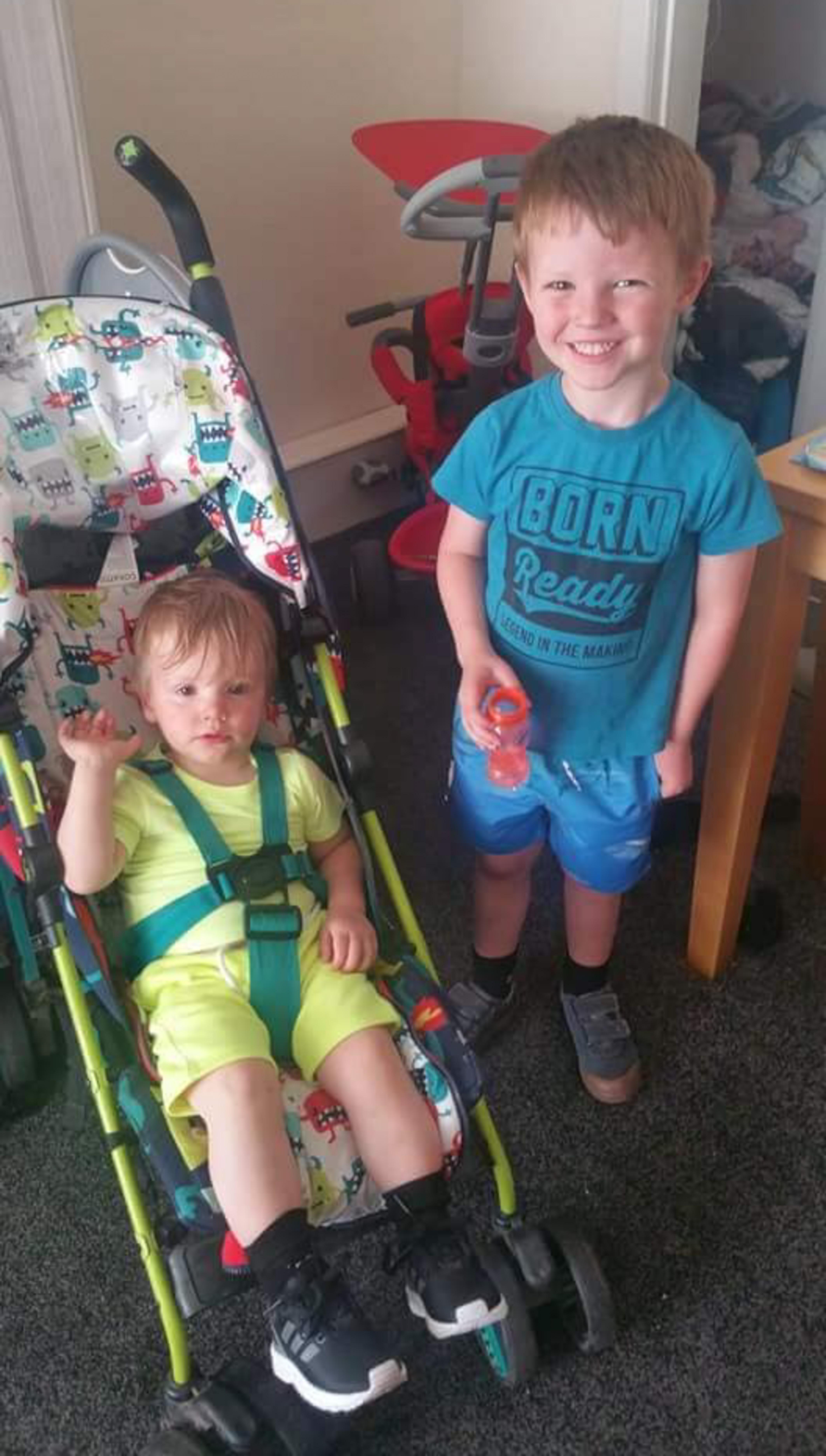 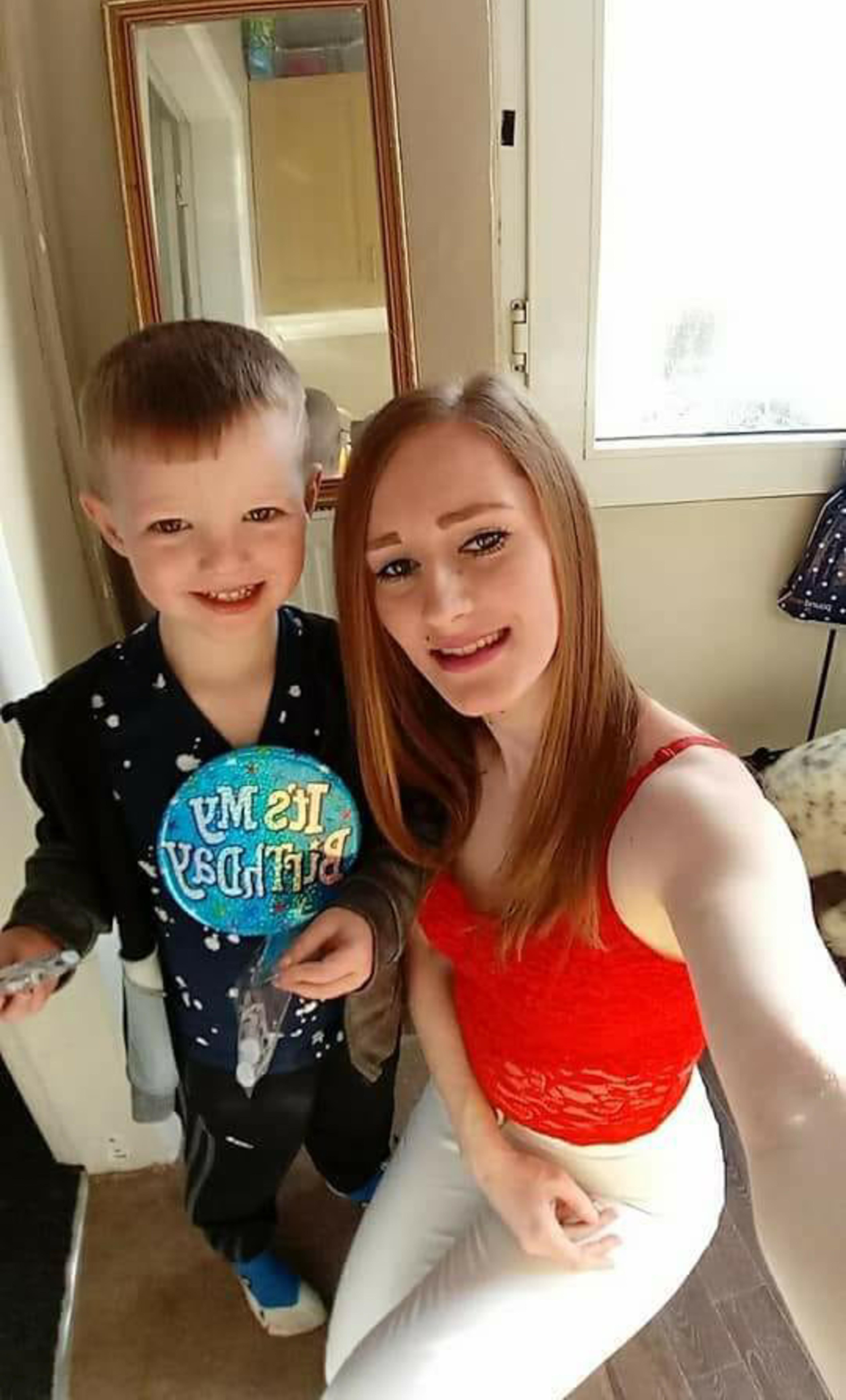 She continues: "Logan is going through a bit of a rebellious phase and keeps doing silly things. He must have snuck in in the morning and got the shaver.

"Looking at him, I was really having to hold back the tears. I was so upset.

"I sat him down on the step and told him it was naughty. I told him he's not to go on mummy's shelving unit and that playing with shavers is dangerous.

"At first I told him he was going to have to go to school so everyone could see what he'd done but I knew I couldn't really be that cruel." 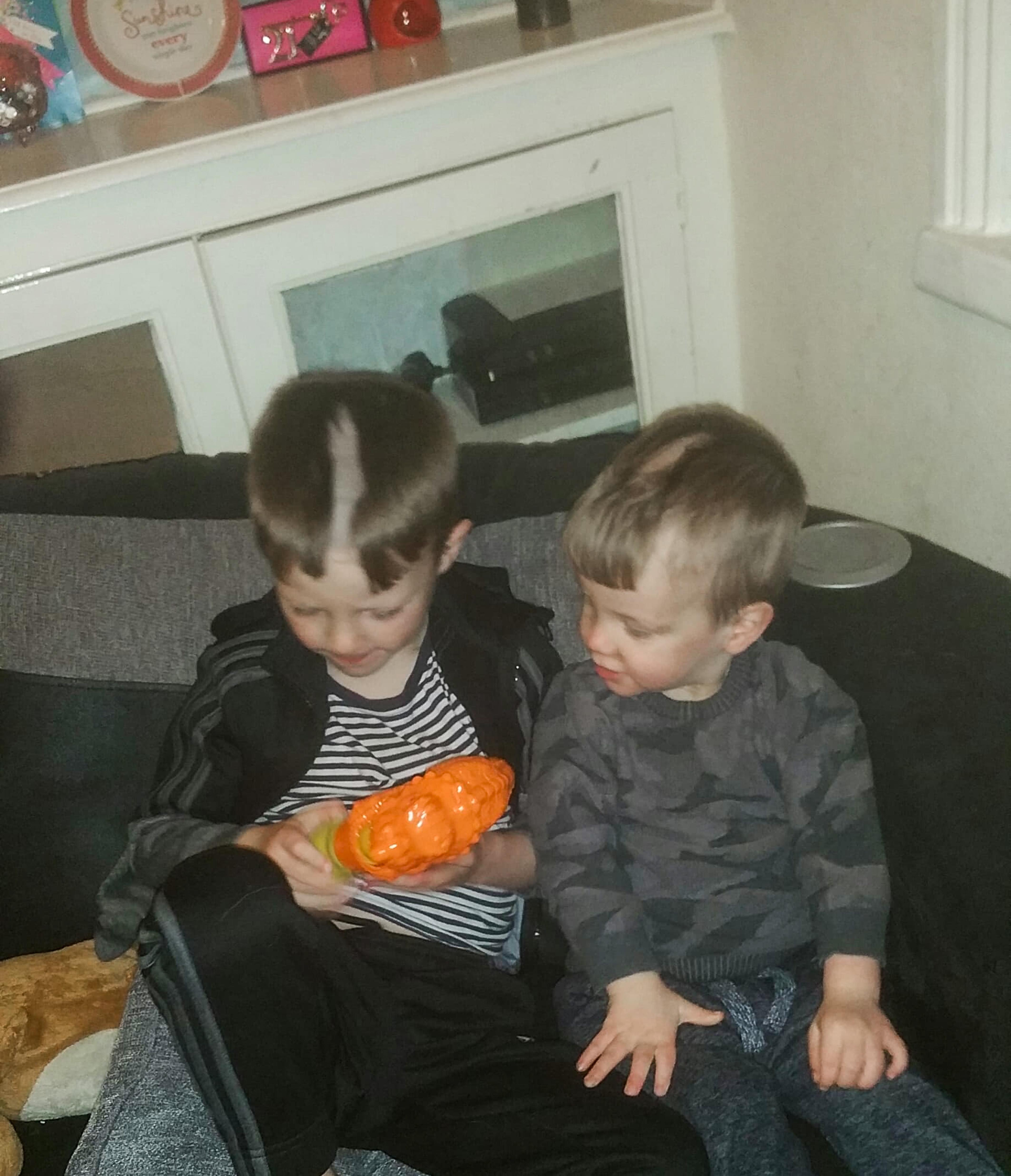 After Logan's telling-off, Charley walked into Harrison's room – only to find the toddler's equally patchy head.

Charley says: "I was devastated. They've both got such lovely, thick hair and it's such an unusual colour. It's a mixture of blonde, brown and ginger like mine.

"I asked Logan why he did it and at first kept telling me: 'I don't know, I just did.' That's his go-to answer when he's been naughty.

"But then I asked him again and he told me he wanted to look like his uncle, who's completely bald.

"Unfortunately he's got what he wanted. I knew straight away I'd have to shave both their heads bald. I had no choice. It was heartbreaking. 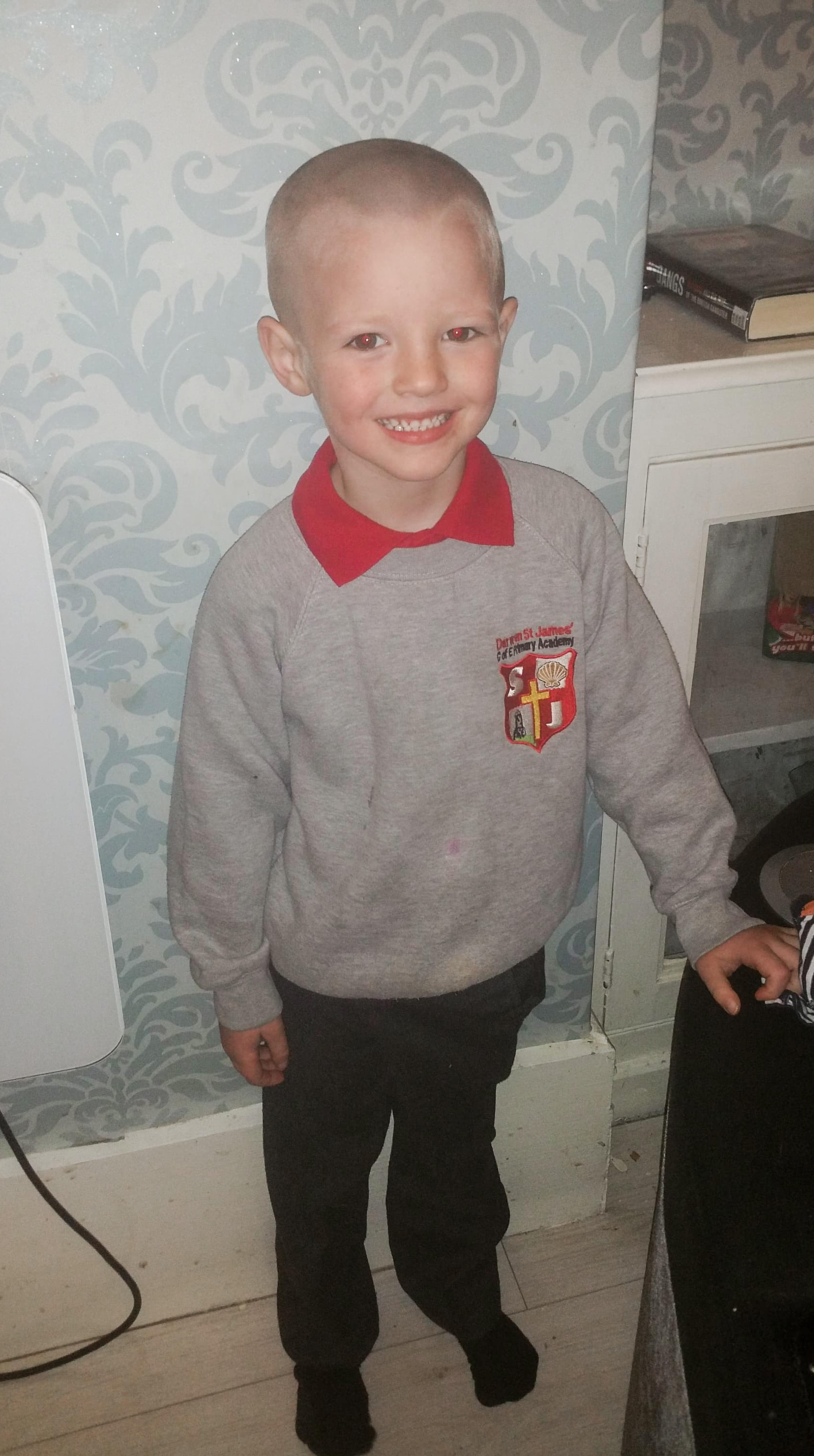 "I posted a couple of photos of Logan's handiwork in a mum's group and the mums all really cheered me up and let me know I wasn't alone.

"I can laugh about it now. Once I'd calmed down, every time I caught a glimpse of Logan with that bald strip down his head I couldn't help but laugh. It looked so funny.

"I'm dreading what everyone at school is going to think of Logan's bald head.

"I just really hope both their hair grows back quickly. They definitely don't suit being bald.

"The shaver will definitely be being kept well out reach from now on. It'll have to go on top of the kitchen cupboards. You can't hide anything from this boy."

In more parenting news, this mum has revealed her husband 'freaked out' when their toddler daughter saw him naked – so should parents cover up?

And should you give your child a Christmas Eve box? One mum has sparked a fierce debate.