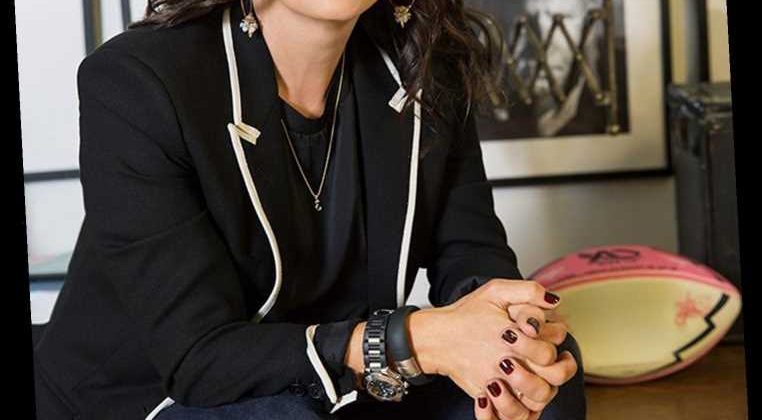 With four decades of experience in the beauty business, Bobbi Brown knows all of the best tricks of the trade. And since becoming a certified health coach in 2018 and launching her own supplement brand, Evolution_18, the pro has quickly become a guru in the wellness space too. So when we caught up with Bobbi, 63, to discuss what it was really like stepping away from her namesake brand and launching a new makeup line, Jones Road, last October, we couldn't help but ask for all her secrets.

"During my freelance makeup career, I worked with every supermodel and every actress. I would try to understand why they look so good. Yes, it was makeup, but I also realized that it was also people that took care of themselves who looked really good," Bobbi says.

Read on for the renowned expert's must-know tips, from how to achieve her signature no-makeup makeup look to the perfect healthy (and delicious!) smoothie. Before ever going in with makeup, Bobbi swears that giving your skin a dose of hydration makes application easier.

"The secret to a flawless face starts with hydration," she explains. "If you drink enough water and use a good moisturizer, you won't need as much coverage."

While Bobbi considers working out "maintenance," she still loves it. "I have a Peloton. I am obsessed with the classes," says the pro, noting her favorites include the strength and stretching workouts with trainer Adrian Williams.

During quarantine, she's even made exercising a fun family affair. "I really do like exercising from home. There are times where my nephew, my son's fiancé and my son were all doing yoga in the TV room," she says.

"Most people think they should apply foundation everywhere. I think heavy foundation is aging," Bobbi says. But in fact, she prefers just the opposite. "Instead, focus on spot-correcting redness around the nose, under-eye circles and any other blemishes to create a more natural, even skin tone."

She suggests using her new Jones Road Face Pencil in a shade the exact same tone as your skin so it blends in seamlessly. "It should [look like it] disappears," she says. When Bobbi first jumped on the health and wellness bandwagon, she admits she started "cleansing and detoxing and jumping on every diet."

"I would lose weight on each of those things and think that was the secret. Then I would feel awful. Finally, one day I realized, 'Okay, it's not about on and off something. It's about the things you do every day in your lifestyle that make a difference,'" she says.

So she found what worked best for her body — eating intuitively with a focus on clean and gluten-free foods.

"Since your neck is usually lighter than the rest of your face, apply bronzer to give the area a subtle tint," Bobbi says. "Use a brush to sweep bronzer up and down until you've blended it into the skin evenly."

Bobbi loves having fun in the kitchen, especially when it comes to whipping up a cool new smoothie. And she suggests you do too. "I'm really into my kitchen. I'm trying to get a better smoothie. I like experimenting with different alternative foods so I could still enjoy what I'm eating," she says.

Check out one of Bobbi's favorite smoothie recipes below (made with some of her Evolution_18 products!), shared exclusively with PEOPLE.

3. Pour over the ice cubes.

"The key to my no-makeup makeup look is using a nourishing, light-reflecting sheer balm," says Bobbi, who developed the innovative Jones Road Miracle Balm (which sold out in an hour after restocking!).

The do-it-all product has become an essential in Brown's makeup kit. "You can wear it alone to enhance skin or layer it over foundation. It can also go on eyelids, lips and your hair. I use it to fix my flyaways!" she says.

She also recommends using it to fix makeup mistakes. "I did someone's makeup for their wedding and their mother and sisters came in. I said, 'Come here.' I just took the balm and patted it into the skin. Then I went, 'Look in the mirror, look at how much better,'" Brown says.

"Women often tell me that their eyes 'disappear' as they get older," Brown says. "To make them stand out, apply brown eyeliner along the top lash lines and faintly underneath."

"Finish with a few coats of a super mascara," she adds.