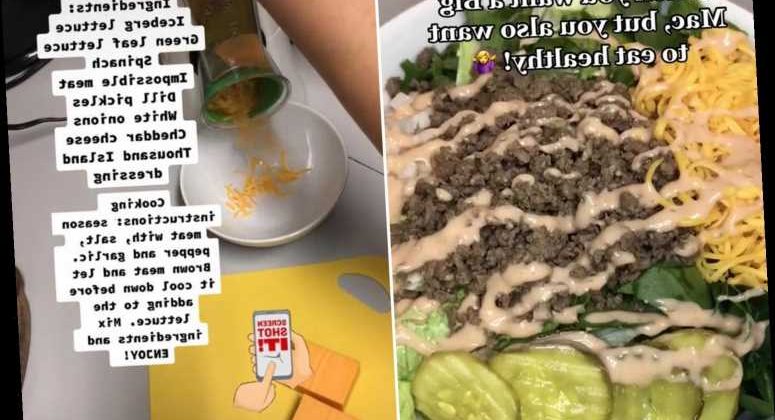 A BLOKE has shared his recipe for a ‘healthy’ Big Mac salad after he was craving McDonald’s, but people aren’t convinced by the deconstructed dish.

While fast food may be delicious it’s not necessarily the most nutritious, with the infamous burger a whopping 508 calories alone. 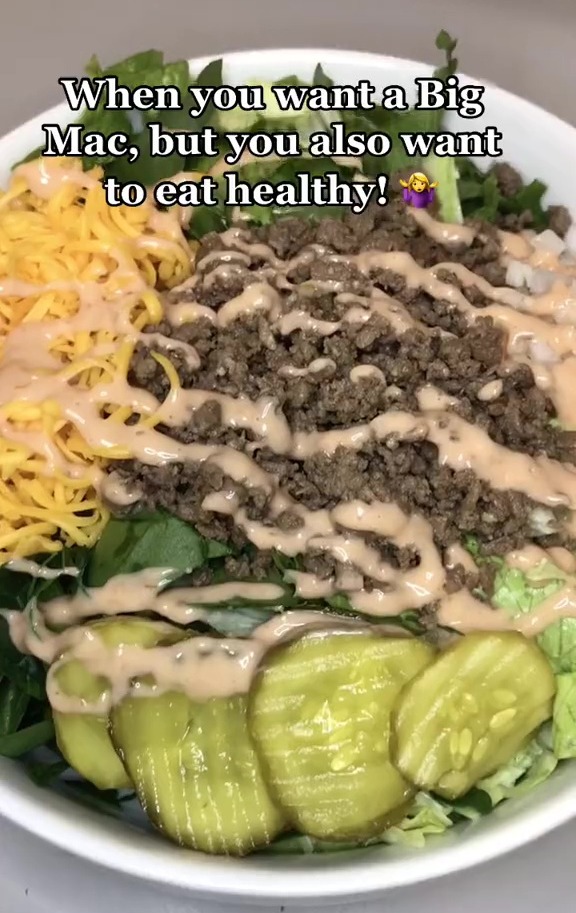 So when one bloke, called Lenny, wanted some Maccas, he improvised and made a ‘healthy’ version instead – with no bun and extra greens.

He shared his creation to TikTok, where his video has racked up more than two million views.

The ameteur chef said: “When you want a Big Mac, but also want to eat healthy.”

After he was inundated with requests for the recipe, he shared another clip detailing exactly how he made his ‘deconstructed Big Mac’, which includes mince, cheese, spinach and dressing. 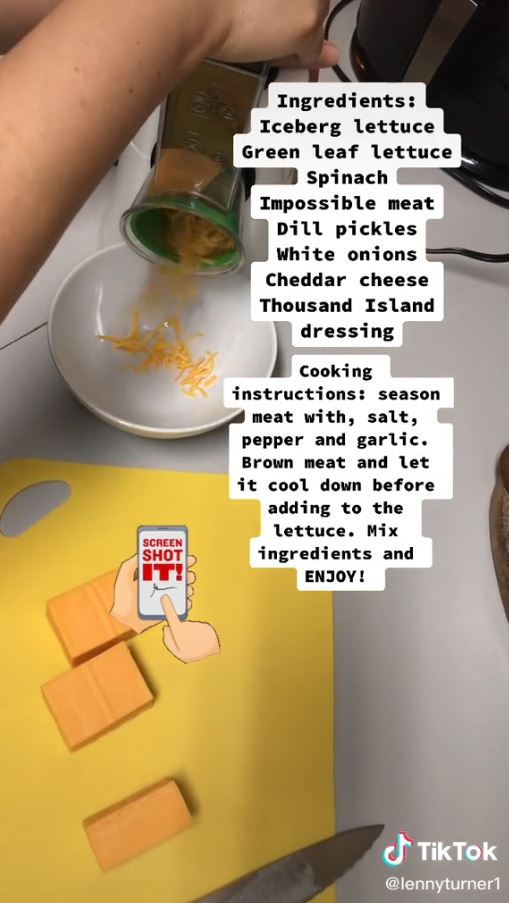 He added: “In my previous video some people asked for the BM Salad recipe. I hope this helps.

“Brown meat and let it cool down before adding to the lettuce. 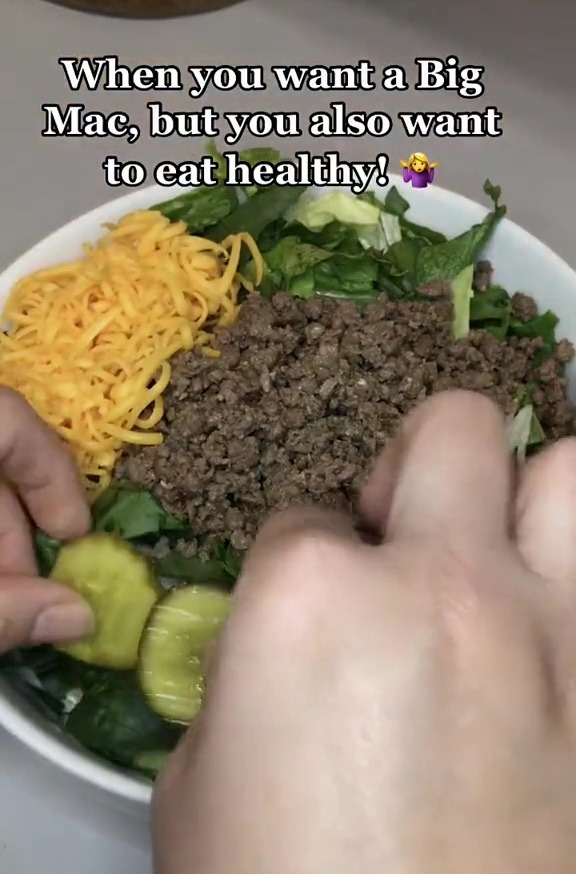 Despite his meal possibly being healthier than McDonald’s burgers, people weren’t convinced by his efforts.

Commenting online one person said: “I promise you the bun is not the unhealthy part of a Big Mac.”

Someone else wrote: “You’re just taking away the bread it’s really not that healthy.” 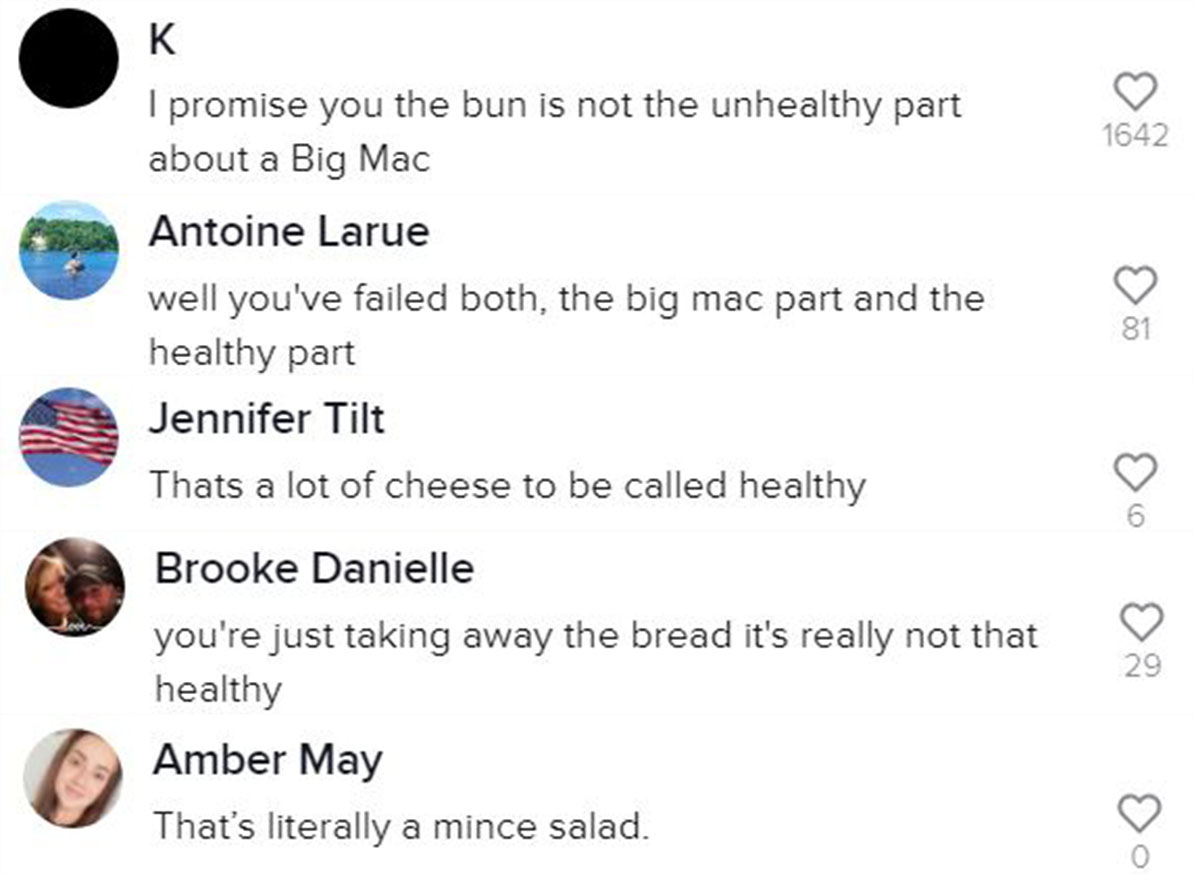 A third thought: “Well you’ve failed both, the big mac part and the healthy part.”

This person pointed out: “That’s a lot of cheese to be called healthy.”

While this person wrote: “That’s literally a mince salad.”

Meanwhile a McDonald’s worker lifts the lid on the secret behind their onions – and fast food fans are stunned.

And this McDonald’s fan shares drinks hack which will ‘change your life’ but completely divides opinion.

Plus this starving bloke devastated by McDonald’s Quarter Pounder order after his wife’s attempt to personalise it goes VERY wrong. 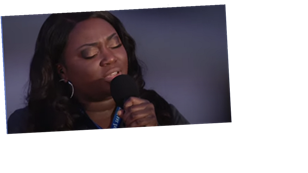