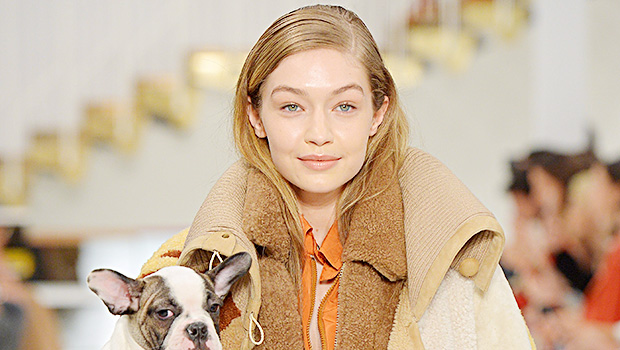 It’s getting colder by the day, but you can still be warm and fashionable despite the harsh weather. Get celeb inspiration on how to bundle up in style below! See pics!

Gigi Hadid is one of our biggest style icons and she’s been wearing a ton of great coats this fall. She wore a yellow plaid coat while arriving in Toyko, Japan on Nov. 13 — plaid is one of the biggest trends of the fall. On Nov. 6 in New York, Gigi wore a Tod’s coat that she originally wore on the runway while carrying a cute little puppy! It’s neutral color palette means it matches almost any outfit.

Gigi’s BFF Kendall Jenner wore a vintage-looking tan and green coat while in New York on Nov. 8. Casual and cool. On the other hand, Mariah Carey wore a super glam black and white coat in New York on Nov. 15. We wouldn’t expect anything less from this Diva! First Lady Melania Trump wore a red plaid coat during the Official White House Christmas Tree presentation on Nov. 19. It’s the perfect coat for November and December! Very festive!

Former VS angel Alessandra Ambrosio rocked a chic leather jacket while out and about in Los Angeles on Nov. 13 — the perfect way to dress for the season when the temperatures aren’t as cold as the East Coast. Adriana Lima wore a black fur coat to light up the Empire State Building in New York on the day before the Victoria’s Secret Fashion Show taping.

For a casual stroll through the forest while on their royal tour, Meghan Markle, Duchess of Sussex, walked through the Redwoods Treewalk in Rotorua, New Zealand, wearing a Norrona puffer jacket. Duchess of Cambridge Kate Middleton looked gorgeous in green at the National Service to mark the Centenary of the Armistice at Westminster Abbey in London on Nov. 11. See all the best coats so far this season in the gallery attached above!