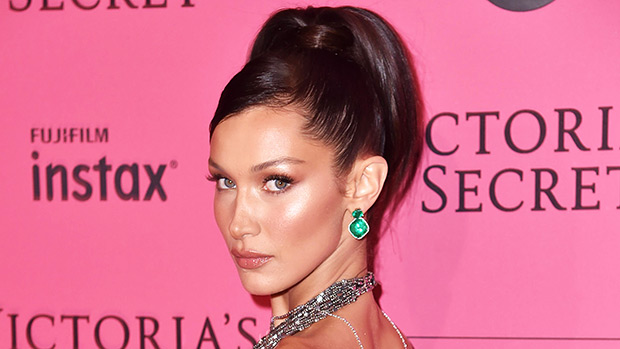 From the EMAs in Spain to the VS Fashion Show in New York, stars rocked glam gowns around the world this week. See the hottest looks in pics below!

The 2018 Victoria’s Secret Fashion Show was taped on Nov. 8 in New York City and it was star-studded! The models looked amazing on the runway, but Bella Hadid looked even hotter at the after-party, wearing a sheer dress! WOW! Romee Strijd, who wore a 27-pound Swarovski crystal creation during the show looked like a golden goddess at the after party. Stunning! The show was also full of performers like Halsey, Kelsea Ballerini and Rita Ora. Rita looked amazing in a metallic Versace dress while walking the pink carpet before the VS Fashion Show.

Performer Bebe Rexha wore Alexandre Vauthier on the carpet, and showed off her sexy body — she looked as good as the models! On the same carpet, Bethenny Frankel looked super sexy, in a PVC dress that was skintight with a large cutout on her chest. Across the pond, Camila Cabello wore a red Alex Perry gown with Norman Silverman jewelry at the 25th MTV Europe Music Awards in Bilbao, Spain on Nov. 4. Kate Middleton re-wore this Jenny Packham gown at the Tusk Conservation Awards in London on Nov. 8. She first wore it in 2012. Lupita Nyong’o looked like a princess, wearing a goldOscar de la Rentagown at the Breakthrough Prize event at the NASA Ames Research Center on Nov. 4. See all the best dressed of the week in the gallery above.

Kim Kardashian wearing Gucci at the LACMA: Art and Film Gala in Los Angeles on Nov. 3. Lady Gaga wore a gorgeous Dior gown at the Patron of the Artists Awards, at the Wallis Annenberg Center for the Performing Arts in Beverly Hills, Calif on Nov 8. 2018.

Nick Cannon on whether his babies’ mothers get along: ‘they don’t have to’