Doctors believed Owen Masterson "would not be compatible with life" and told his parents to prepare for the worst. 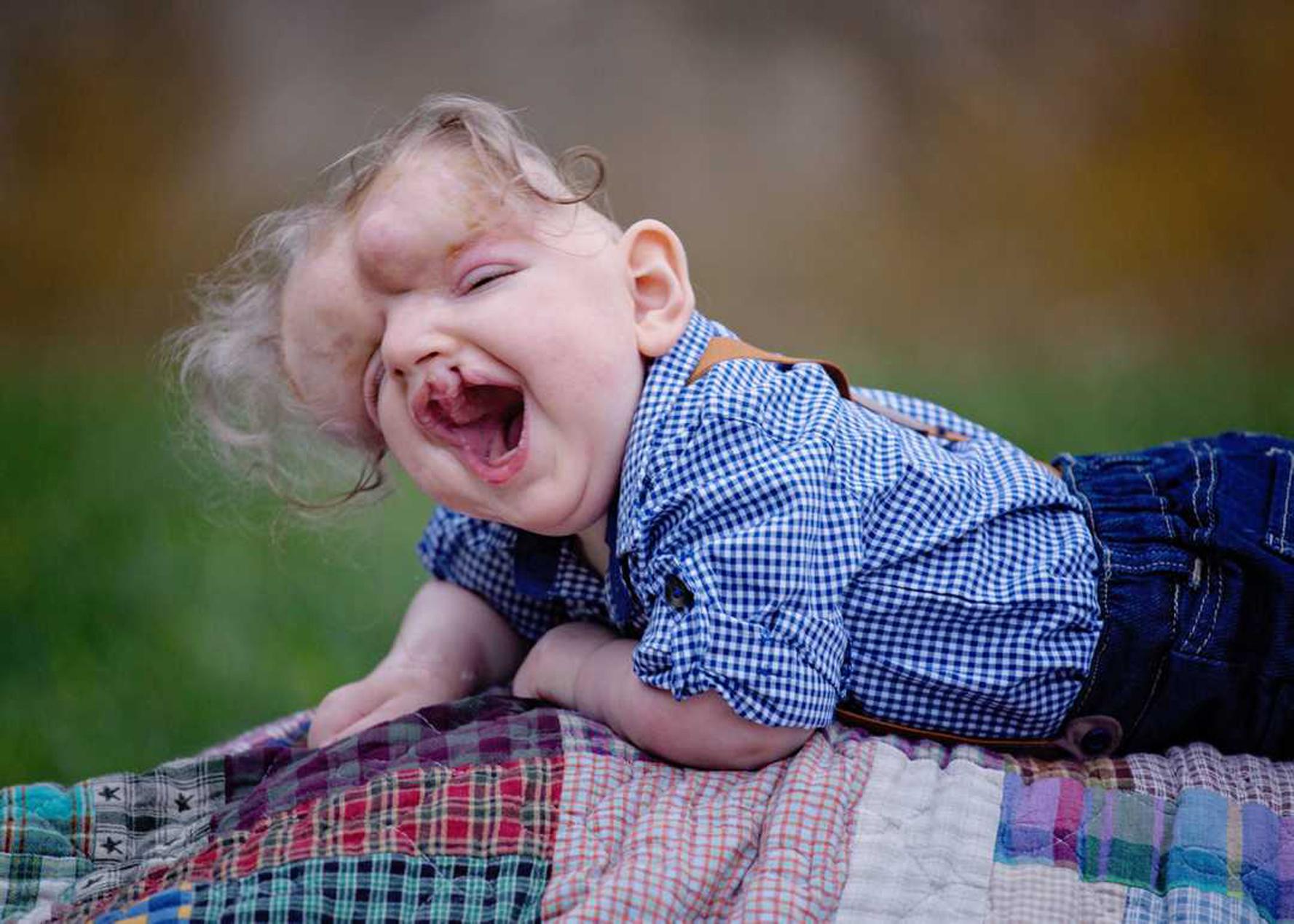 Little Owen was born with acalvaria – a rare condition that causes a lack of face and skull bones.

Owen was born missing the top part of his skull.

His parents Tom and Jessica were told there was little change Owen would survive the pregnancy, let alone the trauma of birth.

But they were thrilled to celebrate his first birthday at home in Missouri in the US. 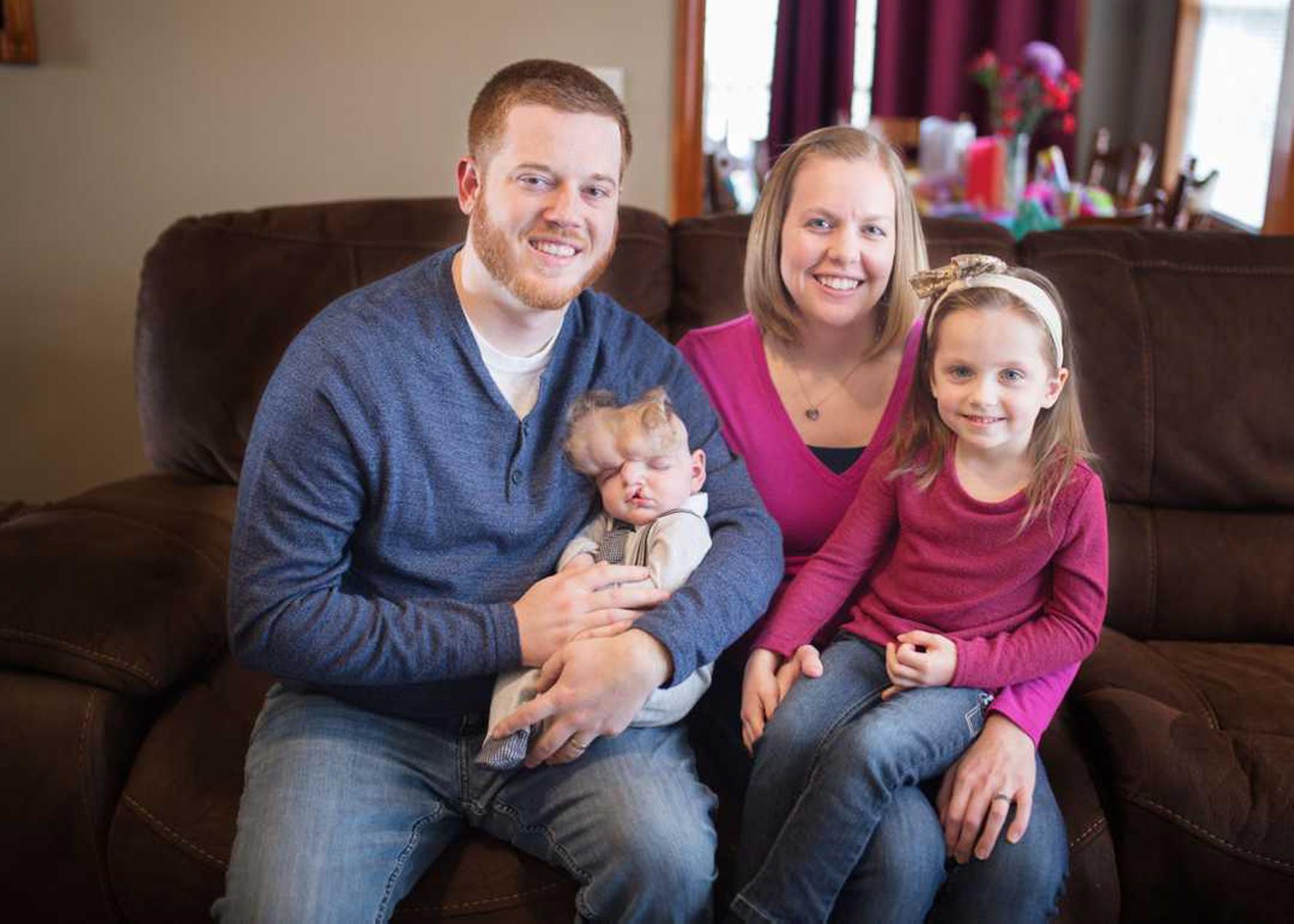 "Our pastor had come to the hospital before he was born and was able to pray with us," dad Tom Masterson told the Springfield News Leader.

"We felt confident that God was going to do something, that Owen had a very specific purpose.

"We didn't know what that was. But we felt there was a very specific purpose for him."

Jessica and Tom are sharing their story to raise awareness about Owen's condition.

"It's definitely challenging, but I wouldn't change him," Jessica said.

Owen's condition was noticed during a 24 week scan, when doctors became unsure if he had skin covering his brain.

They'd been referred to a specialist because the sonographer at the 20 week scan hadn't been able to spot Owen's head.

Jessica and Tom were told that Owen had "very abnormal brain development", but they couldn't diagnose his condition.

A RARE CONDITION THAT CAUSES THE ABSENCE OF SKULL BONES

Acalvaria is an extremely rare condition that causes the absence of the flat skull bones.

It can also result in the absence of scalp muscles.

It's often diagnosed by the presence of skin overlying the brain and where there should be a skull.

The cause of the condition is not known.

Most babies with the condition don't survive past birth due to trauma sustained to the brain during the delivery.

If a baby does survive, there is no cure.

Treatment is focused on supportive care and treatment for any other side effects.

Referred to another specialist at Barnes-Jewish Hospital and Washington University in St. Louis, they were told Owen had acalvaria when they were 27 weeks pregnant.

They were told that terminating the pregnancy was something they could consider, but that was out of the question for Tom and Jessica.

Having been told the baby would not likely survive the pregnancy, Jessica said she dreaded her due date

"I felt like while he is in the womb, he is safe," she said.

A specialist care team was set up for Owen's birth and care.

They were concerned his exposed brain would suffer too much trauma during the birth for him to survive.

The couple were over the moon to hear him crying for the first time.

But immediately they feared each moment with him would be their last as his condition is so delicate.

A day and a half later they were allowed to bring Owen home, with medics stunned at his survival.

Other than an ear infection and a stomach virus, Owen's health has been fine in his first year.

He's not able to crawl or roll over like other babies his age, but he is being fitted with specialist equipment to help him move around.

Doctors still don't know how long Owen has, but for now he is doing well.