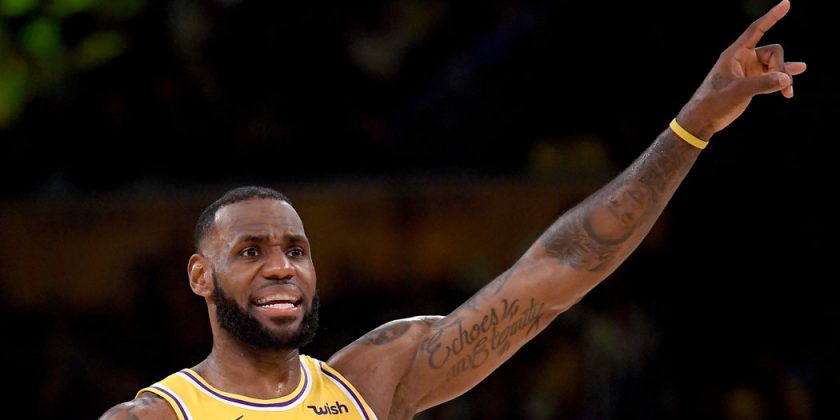 When LeBron James bounds down a basketball court, he is both a transcendent athlete and a prominent palette for dozens of tattoos. His mother’s name, Gloria, rests on a crown on his right shoulder and his forearms bear a portrait of his son LeBron Jr. and 330, an area code for his hometown, Akron, Ohio.

Although those tattoos have personal connections, they may not truly be his.

Any creative illustration “fixed in a tangible medium” is eligible for copyright, and, according to the United States Copyright Office, that includes the ink displayed on someone’s skin. What many people don’t realize, legal experts said, is that the copyright is inherently owned by the tattoo artist, not the person with the tattoos.

For most people, that is not a cause for concern. Lawyers generally agree that an implied license allows people to freely display their tattoos in public, including on television broadcasts or magazine covers. But when tattoos are digitally recreated on avatars in sports video games, copyright infringement can become an issue.

“Video games are an entirely new area,” said Michael A. Kahn, a copyright lawyer who represented the designer of the face tattoo on the boxer Mike Tyson. “There is LeBron James, but it’s not LeBron James. It’s a cartoon version of him.” 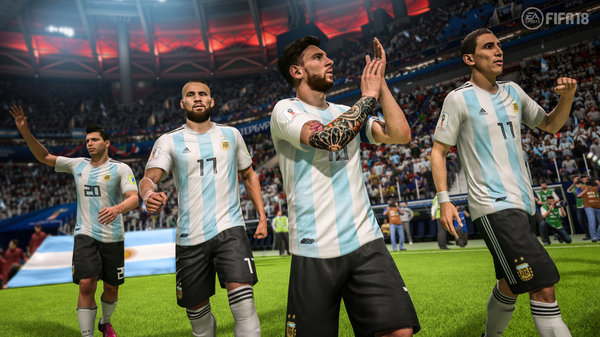 Electronic Arts, a game developer and publisher, recreates more than 100 tattoos in its FIFA and UFC games, including the colorful sleeve on the right arm of the soccer star Lionel Messi and a heart-eating gorilla on the chest of the fighter Conor McGregor. Yet only a handful of players in its Madden football games are depicted with their real-life ink.

Spokesmen for Electronic Arts did not respond to requests for comment. The company has faced its own copyright infringement lawsuit after the cover of the game NFL Street included an illustration of the running back Ricky Williams and some of his tattoos, but the artist withdrew his claim in 2013.

Players’ unions, many of which license the players’ likenesses to video game publishers, and sports agents have advised athletes to secure licensing agreements before they get tattooed. Artists have an incentive to sign rather than pass up a client who could be a billboard for their work.

Gotti Flores said he has spent at least 40 hours tattooing the N.F.L. receiver Mike Evans, one of the few players with tattoos in Madden. He was surprised, he said, that he had to give permission for his work to be reproduced in the game.

“Really it didn’t even matter to me,” said Mr. Flores, who signed a waiver for no compensation. “It was dope to have my tattoos on there.”

Not all tattoo licensing happens so amicably.

At least three lawsuits have been filed against Take-Two Interactive, a game developer and publisher, and a subsidiary, 2K Games. A federal court ruling in any of the cases could have a ripple effect among sports video games, which emphasize realism.

The company Solid Oak Sketches obtained the copyrights for five tattoos on three basketball players — including the portrait and area code on Mr. James — before suing in 2016 because they were used in the NBA 2K series. The following year, an artist sued because the Gloria tattoo on Mr. James, among others, were included in the same franchise. And in April, another artist sued because her tattoos on the wrestler Randy Orton had been included in several iterations of WWE 2K.

Shawn Rome and Justin Wright, two of the three tattoo artists who licensed their work to Solid Oak, said they had been deceived by its founder, Matthew Siegler, and never desired a lawsuit. He approached them with a plan to incorporate their tattoo designs into a clothing line, they said, but it went nowhere.

Before filing its lawsuit, Solid Oak sought $819,500 for past infringement and proposed a $1.14 million deal for future use of the tattoos.

Mr. Siegler did not respond to requests for comment. His primary lawyer, Darren Heitner, said that Take-Two used the copyrights without permission, and that Mr. Siegler wanted to be fairly compensated. Peter C. Welch, associate general counsel for Take-Two, said he could not comment on pending litigation. A spokeswoman for 2K Games said it does not comment on legal matters.

“They shouldn’t be allowed to tell LeBron James that he can’t make deals to license his likeness,” he said. “The ability of the celebrity, or really anyone, to do that is an element of their personal freedom.”

Take-Two has argued in court papers that Solid Oak’s tattoos are seen rarely, fleetingly and hazily in the NBA 2K games, but the judge rejected a motion for dismissal in March.

A verdict for either side would set an important precedent on how the owner of a tattoo copyright can enforce it, said Yolanda M. King, an associate law professor at Northern Illinois University who has extensively studied the issue.

Determining actual damages is difficult in copyright cases, however. In a lawsuit against the game developer and publisher THQ, which dissolved in 2013, a tattoo artist sought $4.16 million after his tattoo was used in the UFC Undisputed games. A bankruptcy court judge decided that the tattoo, a lion on the right side of the fighter Carlos Condit, had a value of $22,500, and the parties reached a confidential settlement.

Although video game companies already pay to license copyrighted music, they may want to avoid the cost — as well as the logistical burden — of negotiating with hundreds of artists for rights to their tattoos.

“From a business perspective it would be more feasible to strip them from the game, or to put some type of designs in the public domain on their bodies,” Professor King said.

That would be a departure from the mission of publishers like 2K Games, which has tried to replicate basketball players as closely as it does their teams’ uniforms, playbooks and arenas.

“My tattoos are a part of my persona and identity,” Mr. James wrote in a declaration of support for Take-Two and 2K Games. “If I am not shown with my tattoos, it wouldn’t really be a depiction of me.”