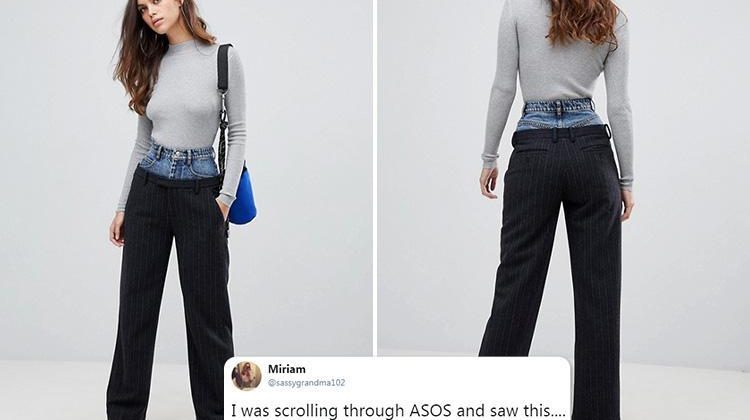 Asos is selling a pair of kecks which feature a denim waistband because – well, we're not sure. 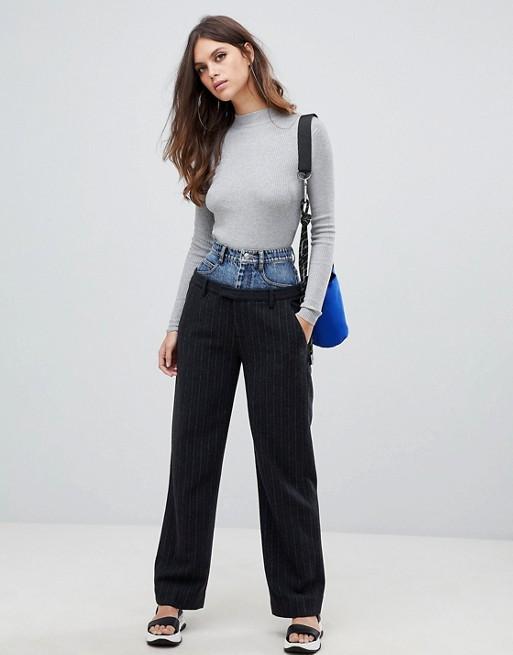 The Miss Sixty trousers, which retail at £179, are high-rise and straight-legged, with the wool-mix fabric taking over from the denim as the trousers reach the hips.

But shoppers don't seem convinced by the unusual style.

One tweeted a snap of the trousers, captioning it: "I was scrolling through ASOS and saw this…. WTF WHY?"

If they look familiar to you, it may be because you spotted them on The X Factor at the weekend. 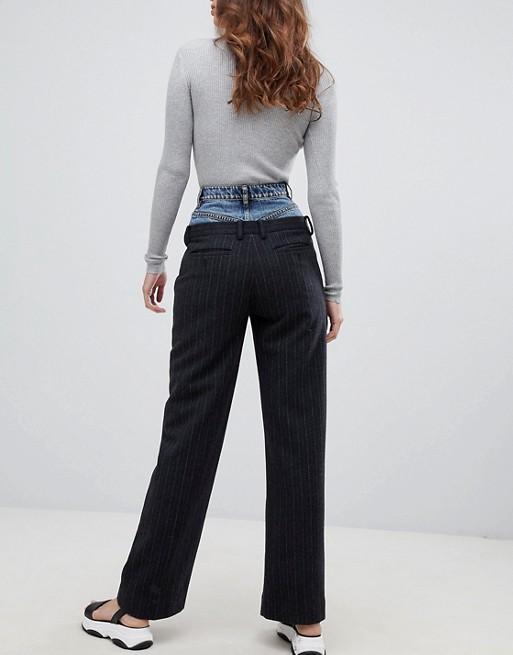 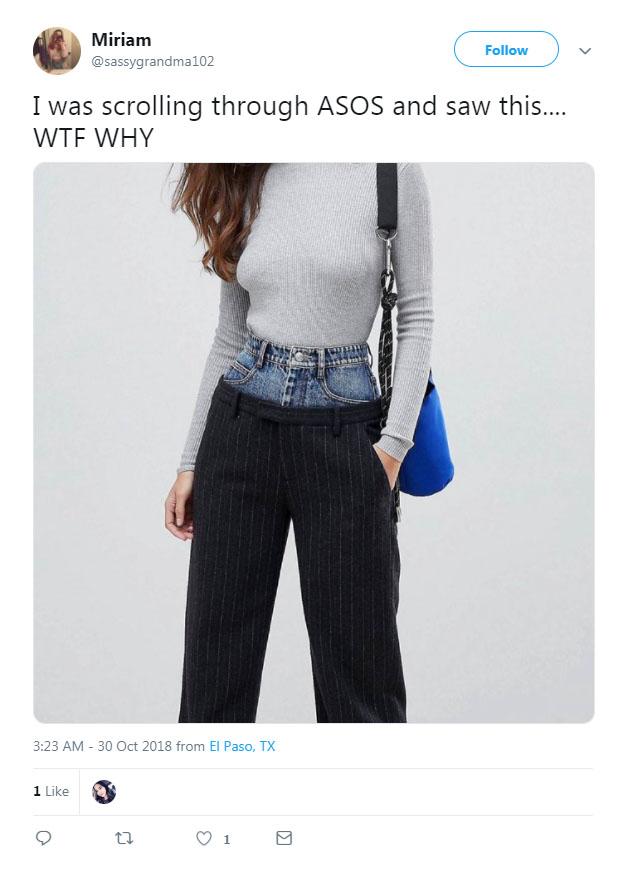 Little Mix band members Leigh-Anne Pinnock, Perrie Edwards, Jade Thirlwall and Jesy Nelson all wore the trousers along with a high-neck top to perform their latest track Woman Like Me on Sunday night's results show.

But the left many viewers perplexed, with some wondering if they were wearing jeans under their kecks.

One tweeted: "Did you really have jeans under your trousers how did you move or breathe?"

Another asked: "Did you wear two pairs of trousers on The X Factor to show that women wear the trousers too?" while one admitted: "Hi I desperately need help, I can't decide if I love or hate the trousers on top of jeans look Little Mix gave us and I literally can't stop thinking about it until i know if it's good or bad." 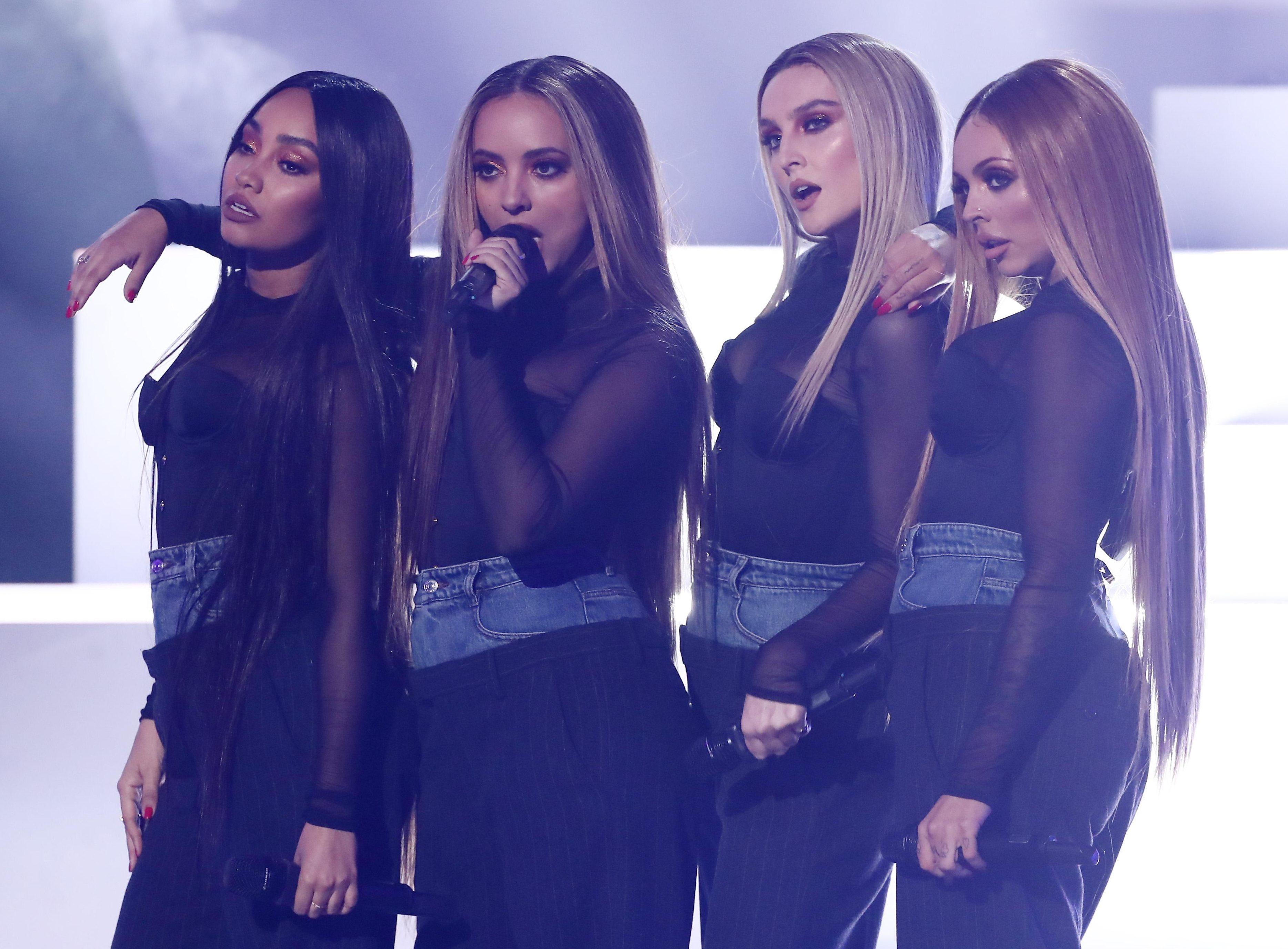 We previously told how ASOS is selling a £65 black vinyl midi dress – but it looks just like a bin bag.

And yesterday we revealed an embarrassing typo has caused this Primark product to be removed from sale.