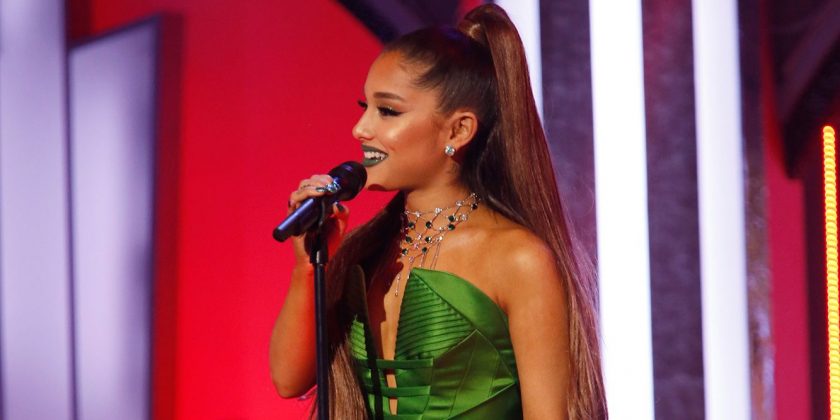 Thank you, next! Ariana Grande is trading her iconic ponytail for a shorter new hairdo in the wake of her October split form Pete Davidson.

The “God Is a Woman” singer, 25, flaunted her trendy new look via Instagram on Thursday, November 15. “This filter took my eyebrows away but I promise they’re there,” she wrote alongside a stunning selfie showcasing her new shoulder-length locks.

Grande has been rocking her signature ponytail since her Victorious days in November 2011.

Although she’s experimented with different colors — sporting ombré strands in August 2014 and platinum blond waves in March of this year — the “Thank U, Next” songstress is known for her long locks: Her famous pony has been a huge confidence-booster. “I wear extensions but I wear it in a ponytail because my actual hair is so broken,” she wrote via Facebook in 2014, explaining that she had to dye her hair red every other week while starring on the show Sam & Cat. “So as annoying as it is for y’all to have to look at the same hair style all the time, it’s all that works for now (AND I’m comfortable for the first time in years).”

She also spoke to her hair’s evolution earlier this year, for an interview with Fader: “The pony has also gone through an evolution and I’m proud of that. Old pony? I don’t know if she’s that girl. But new pony? I like her. I mean, it’s like a Victoria Secret Angel without angel wings. It’s still her without them, but when she’s with them, I’m like, ‘Oh, I get it. She’s an angel.’”