THE UK’s drinkers have emerged from lockdown hibernation and are filling pubs far and wide.

But what many didn’t expect was how quickly they got drunk after the first few sips of their pint on April 12. 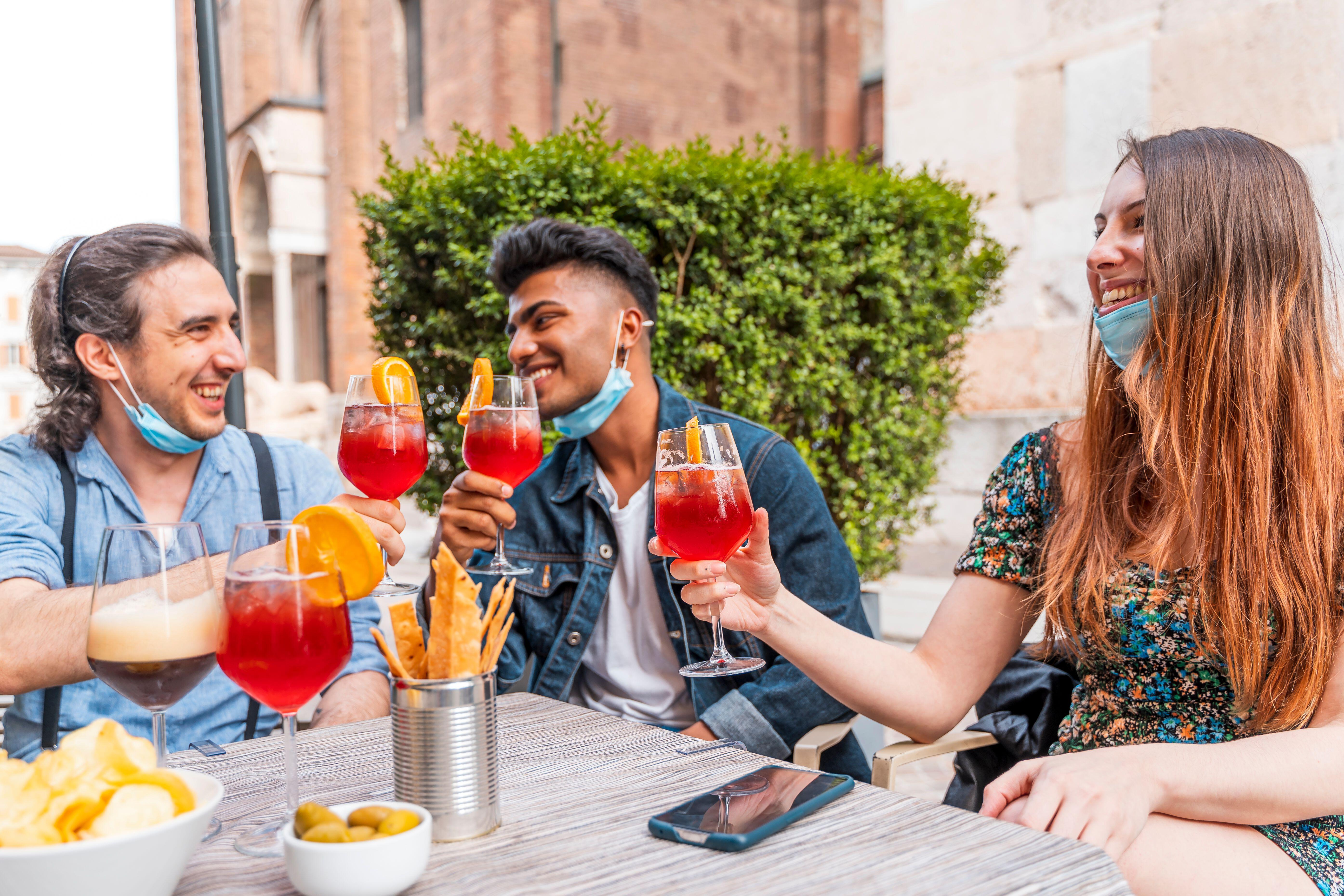 Experts say this is a normal reaction if you’ve been drinking less the past year.

Surveys suggest that one in three people decided to cut back and seven per cent have stopped altogether.

On the other hand, around one in four have been boozing more, particularly those who were already heavy drinkers.

Even if you have continued drinking alcohol at home, there is a reason it may hit you differently once seated in a beer garden.

All of a sudden you feel “out of practise”.

Writing for The Conversation, Sally Adams, a lecturer in Health Psychology, University of Bath, said there are four  scientific ways to explain this.

A typical night before the pandemic may have seen you throw back a few gin and tonics in one night.

People who drink regularly tend to become tolerant to alcohol and are less likely to slur their speech or fail to walk straight, Dr Adams said.

Dr Adams said: “If these drinkers stop or reduce their alcohol consumption, this tolerance could be lost.

“But if they start drinking at their previous levels again, alcohol-related impairments in cognition and behaviour could return – but after having smaller amounts of alcohol.

If you’ve carried on drinking through lockdown, chances are you have been staring at the same four walls on each occasion.

Over time, you have developed a “conditioned compensatory response”, Dr Adams said.

This is when familiar cues around your home – the TV, a Zoom quiz on your laptop or your partners face – are repeatedly paired with how alcohol makes you feel.

The response “counters alcohol’s impairing effects, and we may not feel as “intoxicated” as a result”, Dr Adams wrote.

But once you are taken out of that comfort zone, and you’re in a beer garden for the first time since before Christmas, the drunk feeling comes flooding back. 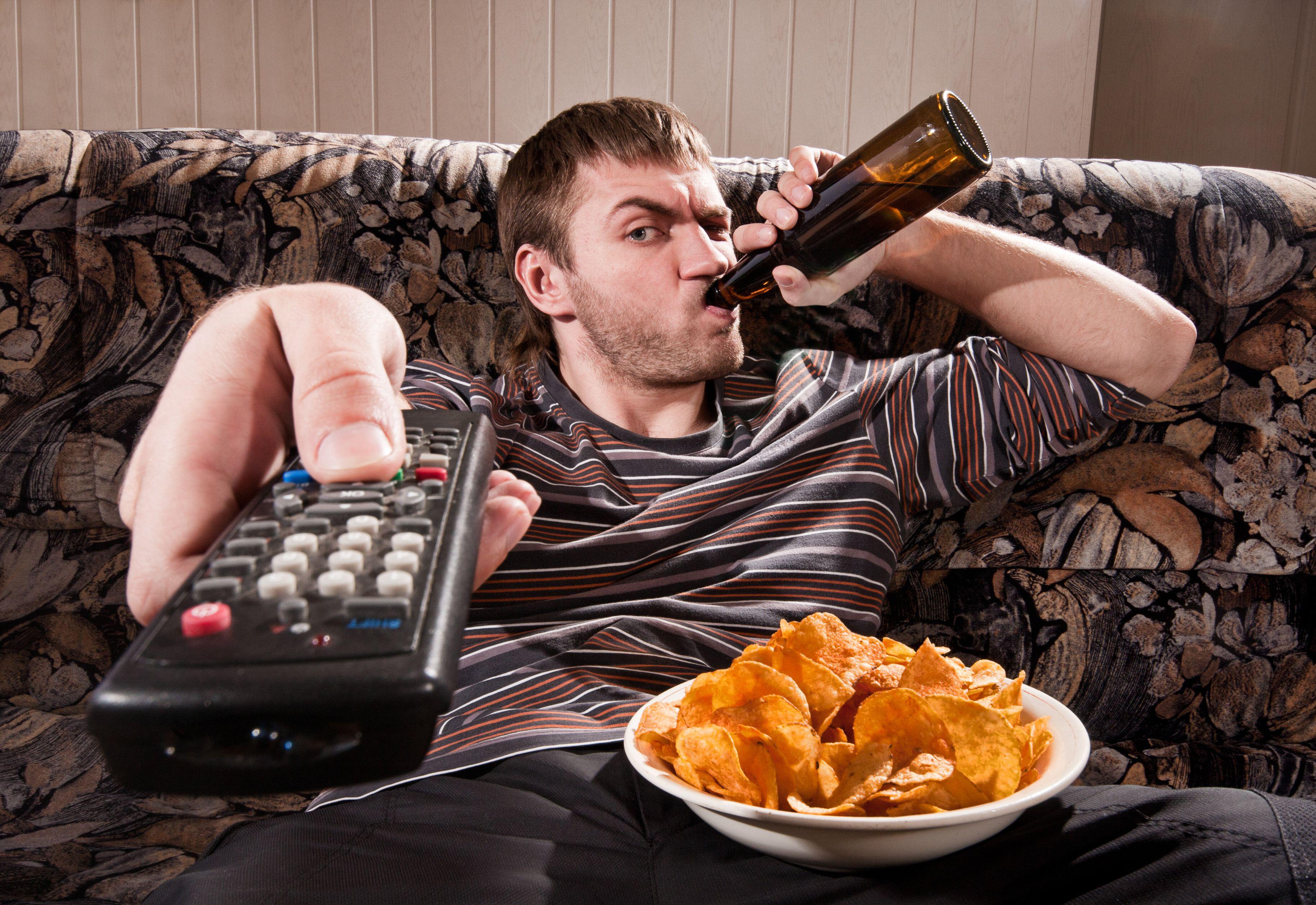 “So even if you’ve still been consuming large amounts of alcohol at home during lockdown, you may find you feel alcohol’s effects to a greater degree when drinking the same amount as normal in a pub or bar.”

Similarly to the point above, carrying out the same actions when drunk over and over can make the effects of alcohol fade.

You may have gone to the same pub every Friday after work and smashed a game of darts while also smashing the pints.

But now, you can’t even see straight.

“But if a person regularly drinks while playing darts, they may experience no alcohol-related impairment because of their learned tolerance.

“If you regularly played darts or pool at the pub prior to lockdown, a loss of learned tolerance could mean that you don’t play as well as you used to when you have a game after a few drinks.”

This has been shown in animal studies, when scientists ply rats with alcohol in a lab-style way.

When rats were trained to navigate a maze while intoxicated, they performed better in a final task than those who did not receive alcohol during their training.

Half of adults drinking more alcohol than a year ago

Nearly half of adults say they are currently drinking more alcohol than a year ago, research shows.

Some 49.1 per cent of people said they were drinking more now than March and April last year.

Men were more likely to report an increase in alcohol consumption than women and people of all ages had increased their drinking similarly.

But there have been decreases in alcohol consumption among some groups: Two fifths of heavy drinkers (15-plus units a week) decreased their alcohol intake.

Nine in 10 of those aged 18-29 who were drinking heavily a year ago have decreased their drinking.

Meanwhile, 12.9 per cent said they had stopped smoking in the same time period.

However, almost two fifths (39 per cent) of adults say they are currently smoking more per day than they were a year ago, rising to 44.6 per cent among those aged 60-plus.

The findings come from the ongoing University College London (UCL) Social Study, which followed the health and welleing of over 70,000 participants across the last 56 weeks.

Lead author Dr Elise Paul, UCL Institute of Epidemiology and Health, said: “Our report shows that during the pandemic, alcohol consumption has increased for many.

“This could be due to a wide range of factors, including using alcohol to cope with stress and the absence of other ways in which to demarcate home and work life when working from home during the lockdown.

“The closure of non-essential shops and restriction of activities will also have had an impact, with people drinking more for lack of anything else to do, rather than due to a conscious decision to increase alcohol consumption."

4. Your liver is struggling to clear the alcohol

When we drink alcohol, our poor liver has the job of having to filter it.

It becomes rather efficient at doing this, which in turn reduces how much alcohol goes into the bloodstream.

If you were used to regular tipples before Covid, your body may have become desensitized to alcohol because the liver was so used to clearing it.

This is described as “metabolic tolerance”, and is when you have to drink gallons more booze than you used to in order to feel just a bit tipsy.

“So drinking lower amounts of alcohol during lockdown could mean that your liver is less effective at “clearing” alcohol from the body,” Dr Adams said.

“As a result, you’ll feel the intoxicating effects even from lower amounts of alcohol.

“Equally, increased alcohol consumption during lockdown could lead to increased metabolic tolerance, where a greater amount of alcohol is needed to feel intoxicated.”

How to ease back into drinking

Alcohol Change UK has some tips on how to drink at a healthy level as lockdown eases.

The idea of hitting the pub can seem daunting – particularly if you have stayed away from booze during lockdown.

So here are some tips to prevent you going overboard:

Decide what you’re going to drink before you get there

This saves you having to think of something quickly in the moment, which might have you panic-ordering your go-to alcoholic drink.

You could find out what alcohol-free options are available at the venue before you get there, too.

If you’re struggling to stick to your resolve, fast forward to tomorrow

What will it look like tomorrow if you have more drinks than you initially wanted to right now?

Visualising how hungover you will be can help you rein it in.

Step away if you need to

If the people you’re with are piling on the pressure for you to drink or are making comments about your lack of alcohol consumption, step away for a few moments.

You could phone a friend, go to the bathroom, walk around the block or just take a few, slow breaths to center yourself.

Tell people you’re not drinking before you get there

If you plan on not drinking, communicate this to whoever you're meeting up with before you see them, so you're both prepared.

Remember why you want to keep your drinking under control

Write your reasons down or just make sure they're clear in your head, and go back to them if you have a wobble.