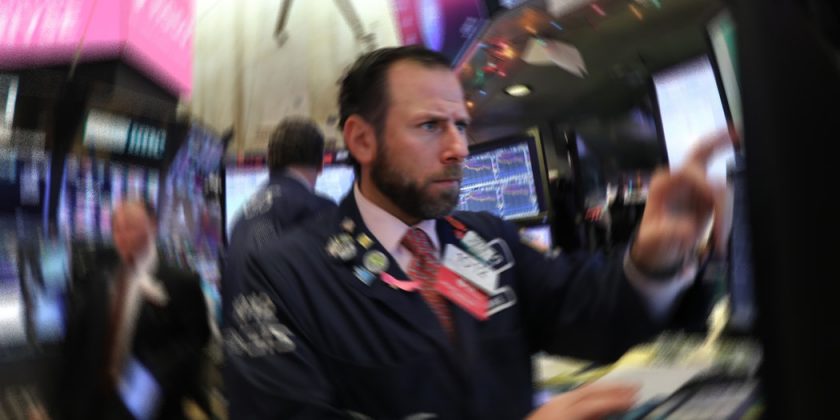 For moneyed Americans, most of the past year has felt like 1929 all over again — the fun, bathtub-gin-quaffing, rich-white-people-doing-the-Charleston early part of 1929, not the grim couple of months after the stock market crashed.

After a decade-long stock market party, which saw the stocks of the S. & P. 500 index create some $17 trillion in new wealth, the rich indulged in $1,210 cocktails at the Four Seasons hotel’s Ty Bar in New York, in $325,000 Rolls-Royce Cullinan sport-utility vehicles in S.U.V.-loving Houston and in nine-figure crash pads like Aaron Spelling’s 56,000-square-foot mansion in Los Angeles (currently on the market for $175 million, more than double what it fetched just five years ago).

Overall, stocks are down 1.5 percent this year, after hitting dizzying heights in early October. Hedge funds are having their worst year since the 2008 crisis. And household debt recently hit another record high of $13.5 trillion — up $837 billion from the previous peak, which preceded the Great Recession.

After a decade of low interest rates that fueled a massive run-up in stocks, real estate and other assets, financial Cassandras are not hard to find. Paul Tudor Jones, the billionaire investor, recently posited that we are likely in a “global debt bubble,” and Jim Rogers, the influential fund manager and commentator, has forewarned of a crash that will be “the biggest in my lifetime” (he is 76).

What might prove the pinprick to the “everything bubble,” as doomers like to call it? Could be anything. Could be nothing. Only time will tell if the everything bubble is a bubble at all. But, just a decade after the last financial crisis, here are five popular doom-and-gloom scenarios.

Remember how the 2008 crisis was triggered by a bunch of people, who probably should not have been lent giant amounts of money in the first place, not making their mortgage payments? That was just the precipitating factor, but go back and stream “The Big Short” if none of this rings a bell.

Then fast-forward to 2018, where bad mortgages may not be the problem. Consider, instead, the mountain of student debt out there, which is basically a $1.5 trillion bet that a generation of underemployed young people will ever be able pay off a hundred grand in tuition loans in an economy where even hedge funders are getting creamed. Already, a lot of them aren’t paying and can’t pay. In a climate where “there are massive amounts of unaffordable loans being made to people who can’t pay them,” as Sheila Bair, the former head of the Federal Deposit Insurance Corporation, described the student debt problem in Barron’s earlier this year, nearly 20 percent of those loans are already delinquent or in default. That number could balloon to 40 percent by 2023, according to a report earlier this year by the Brookings Institution.

Now, lots of that debt is owed the federal government, so it’s unlikely to poison the banking system, as mortgages did a decade ago. But this burden of debt is already beginning to wipe out the next generation of home buyers and auto purchasers. As a result, a generation of well-educated and underemployed millennials, told to value a college education above all, could drag down an economy that never seemed to want them in the first place. 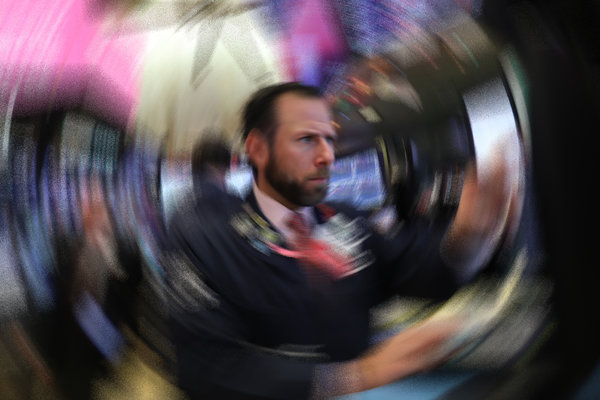 You know who has racked up even more debt than hopeful 20-something ceramics-studies grads in the United States? Here’s a hint: It’s a not-exactly-Communist country in Asia that has been on such a wild debt-fueled building spree that it somehow used more cement in just three years earlier this decade than the United States did in the entire 20th century. Think about that. Now think about it some more. Over the past decade, China devoted mountains of cash to build airports, factories and entire would-be cities — now known as “ghost” cities, since the cities are populated by largely empty skyscrapers and apartment towers — all in the name of economic growth. And grow it did.

The result is a country with a supersized population (1.4 billion people) and supersized debt. Where things go from here is anyone’s guess. Optimists might argue that those trillions bought a 21st-century Asian equivalent of the American dream. Pessimists describe that massive debt as a “mountain,” a “horror movie,” a “bomb” and a “treadmill to hell,” all in the same Bloomberg article. One thing seems certain, though: If the so-called “debt bomb” in China explodes, it’s likely to sprinkle the global economy with ash. And with President Trump teasing a trade war that already seems to be threatening China’s massive, export-based economy, we may have our answer soon.

3. The End of Easy Money

Say you lived in the suburbs, and one day your neighbor suddenly pulled up her driveway in a new $75,000 Cadillac Escalade. A week later, she was tugging a new speedboat. A few weeks after that, it was Jet Skis. You might either think, “Wow, she’s rolling in it,” or “Golly, she hates glaciers.” (Hatred of glaciers may prove, actually, to be the real spark of the financial end times.) But what if it turned out that she bought all of those carbon-dioxide-spewing toys on credit, at crazy-low interest rates? And what if those rates suddenly started to spike? The result would likely be good news for the polar ice caps and bad news for her, when the repo man (not to cave to gender stereotypes about repo-persons) came calling.

O.K., overstretched metaphor alert: The “neighbor” is us. Ever since the Federal Reserve started printing money in the name of “quantitative easing” to pull us out of the last financial crisis, money has been cheap, and seemingly any American with a pulse and a credit line has been able to fake “rich” by bingeing on all sorts of indulgences — real estate (despite tighter lending standards), fancy watches and awesome gaming systems, to say nothing of the debt that corporations were racking up, which some market analysts think might be the biggest threat of all.

The problem is: The whole system is now running in reverse. The Fed has been hiking rates and spooking markets in order to stave off inflation and other potential ills. Is this an overdue fit of fiscal sanity, or the equivalent of taking away the punch bowl just as the party was getting started, then dumping it on our heads?

There is at least one person at 1600 Pennsylvania Avenue who thinks this could all end badly. “The United States should not be penalized because we are doing so well,” Mr. Trump tweeted on July 20, just one of a series of broadsides against the current Fed policy, adding, “Debt coming due & we are raising rates – Really?”

I know, it’s a crazy thought: Imagine that a bunch of neighboring countries with wildly different languages, customs, values, and priorities somehow failed to get along? We don’t have to rewind 70-something years to the last Pan-European shooting war. Just witness the continuing problems in the European Union. Ever since Britain voted to leave the union in the Brexit referendum of 2016, Europeans have been engaged in a dark parlor game, speculating on who might be next. Might it be a “Frexit” spurred by nationalists in France? A “Nexit” stoked by the anti-immigrant far right in the Netherlands? Lately, the fears have focused on Italy, where an “Italexit” — or “Quitaly,” if you can’t help yourself — has been bandied about by populist politicians as they threaten to abandon the euro, or leave the European Union altogether, over an ongoing tiff with European neighbors over deficit spending, migration and whatever else drums up votes.

The turmoil has already sent ripples through global markets during the past year. In recent months, Italian populists are still making veiled threats to break up the coalition, and the official denials are not 100 percent reassuring. Following the latest budget squabble with Brussels, the Italian Prime Minister Giuseppe Conte told news reporters: “Read my lips: For Italy there is no chance, no way to get ‘Italexit.’ There is no way to get out of Europe, of the eurozone.” Was he aware that “read my lips” is American political shorthand for a “broken promise”?

1. An Anti-Billionaire Uprising Across America

It could happen. Just sayin’. 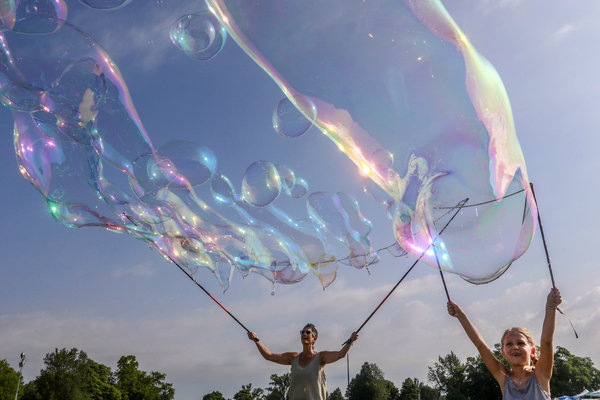 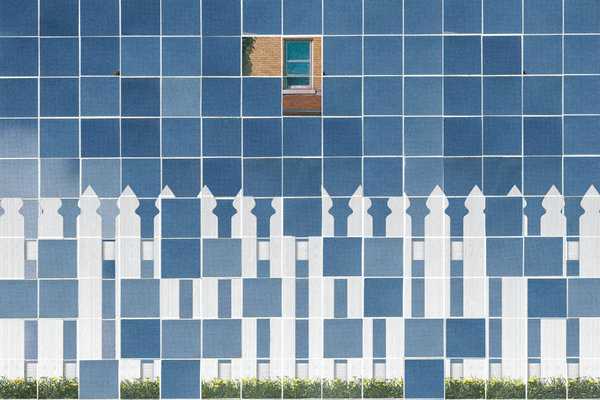 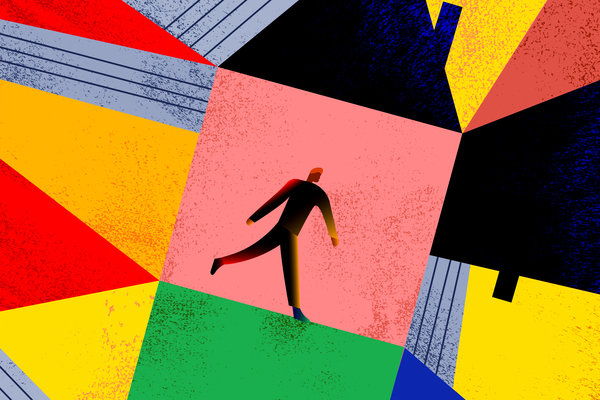 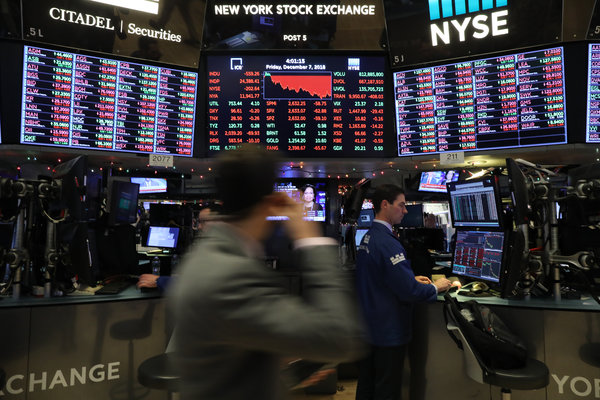