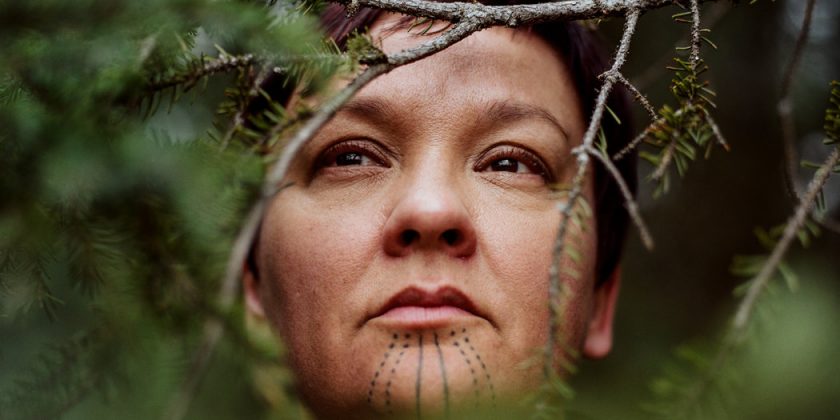 In Alaska and other areas of the circumpolar north, women have been working in the last decade to revitalize a tattooing tradition.

Photographs and Text by Ash Adams 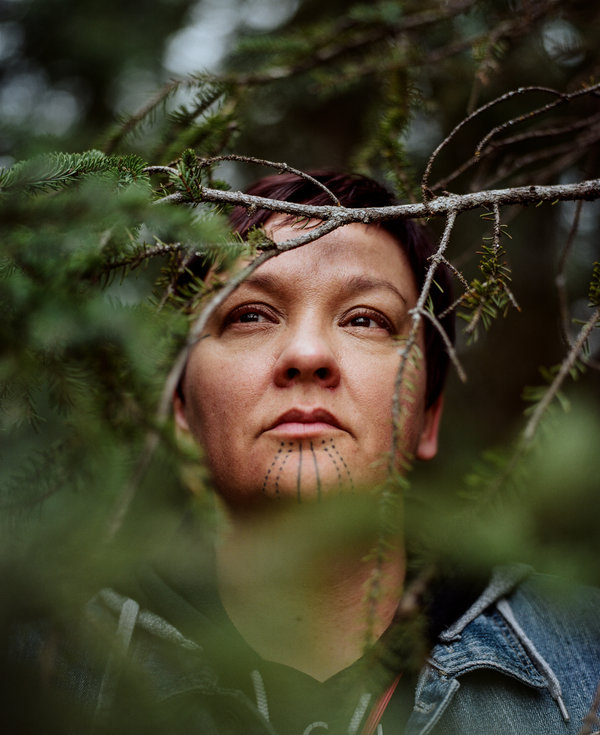 Grete Chythlook dreamed of the tattoo before she had ever seen one in person: a few fine lines drawn from the bottom lip down to the tip of the chin.

“I didn’t know anybody who had a chin tattoo,” she said, “whether Inuit, Gwich’in or any other group.” So when a friend asked her to accompany her to a tattooing session, and the design matched her vision, she sensed that something special was happening.

“Being in the room with her while she was getting these marks was so powerful, I couldn’t process it,” Ms. Chythlook said. “I came home and I told my husband, ‘This is a part of me. This is real. This is something I can’t deny anymore.’”

These line tattoos speak to a practice that dates back at least 10,000 years and is now being revitalized by Alaska Native women who want to reconnect with the traditions of their ancestors.

“This is something our people had done for thousands of years, and then all of a sudden, it’s just gone,” said Ms. Chythlook, who is Gwich’in. In light of that history, she considers her dreams of the tattoos “an ancestral memory, something telling me that this is where I was meant to be.”

These tattoos were traditionally inscribed on women’s skin by women’s hands to commemorate various achievements and points in a woman’s life, such as one’s first menstrual period, the mastery of a new skill and childbirth.

But as Western colonization swept Alaska in the 19th and 20th centuries, including the establishment of boarding schools where indigenous languages would not be spoken, many Alaska Natives were prohibited from practicing the rituals that had bound them to one another. Tattooing was one of those traditions.

In the last decade, women in Alaska and other areas of the circumpolar north have been working to revitalize the tattooing tradition. For them it is a response to the long-ago efforts to wipe out cultural practices and entire populations of people, and a celebration of cultural resilience.

Holly Nordlum has been a voice at the forefront of the movement to revive this practice. Inspired by her great-grandmother, the last woman in her family to have the traditional tattoos, she applied for a Polar Lab grant through the Anchorage Museum in 2015, and with the help of the Smithsonian Arctic Studies Center developed a program designed to educate women and the public about the art of traditional Inuit tattooing.

Ms. Nordlum uses a traditional hand-poke method in her tattooing sessions, which take place in homes all around Alaska. One of the things she likes best about her work is its visibility. As someone who was often teased by peers for her lighter complexion, Ms. Nordlum sees her tattoos as a counter to the whitewashing of native life.

“We all come from white dads,” she said. “We are all a product of that.” The tattoos, she said, are a rearticulation of native heritage, and in borrowing stylistic elements from various Inuit cultures, the practice of tattooing has created a more visible indigenous sisterhood.

Historically, the tattoos were applied using bone, sinew and soot or gunpowder. These days the tattoos are applied with bamboo, thread and black ink on a massage table, sometimes with the soft hum of streaming music in the background.

Some women cite academic and professional accomplishments, like graduating from college, as occasion for getting their tattoos, while others say that making their Alaska Native heritage visible — so as not to “pass” as white or nonnative — motivated their decision.

“I was never ashamed of who I was or where I was from,” said Ms. Chythlook, who had her chin tattooed by Sarah Whalen-Lunn, an artist. “And that was a big one for me — choosing not to pass — and making sure that when I walk into a room not only do people know who I am, but they know how I think, what I feel, because this says more than just, ‘Oh, she’s native.’”

In fact, for many of these women, the markings are a reminder to speak their native languages and claim other aspects of their ancestry with pride. They, like Ms. Nordlum, believe that the connection between their markings and Alaska Native heritage must be made explicit to safeguard their culture against appropriation.

“These tattoos were a marker in a woman’s life, a way to celebrate a woman’s life, and when you dilute it and just anyone can get a traditional tattoo, those things aren’t celebrated and they aren’t important,” Ms. Nordlum said, “and I think that’s really detrimental to healing. So, when we do the tattoos, we talk a lot about the people’s stories, their stories and their colonization — even though they wouldn’t call it that, it’s just their lives and their hardships — but we’re all a product of colonization.”

“We can cite those things and teach them so that they don’t feel like it was them or their family’s fault,” she added. “And that can be very healing and very emotional.”

As face tattoos have captured the imagination of body-art enthusiasts in recent years, these Alaska Native women hope that these traditional styles can remain their own.

“I really believe that there is so little that is sacred to us, that we should hold this and hold it tight, and we should not give it away,” Ms. Nordlum said. “And we should fight to keep it our own.”

Ash Adams is a photographer in Anchorage.