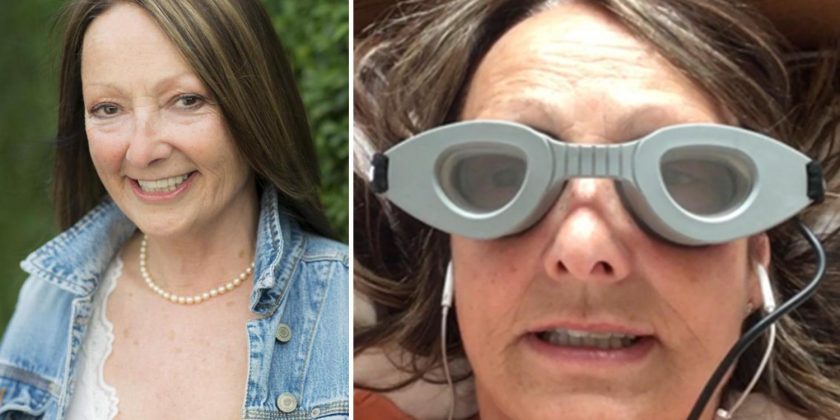 But she's not the only one to have experienced horrendous side effects following the treatment. 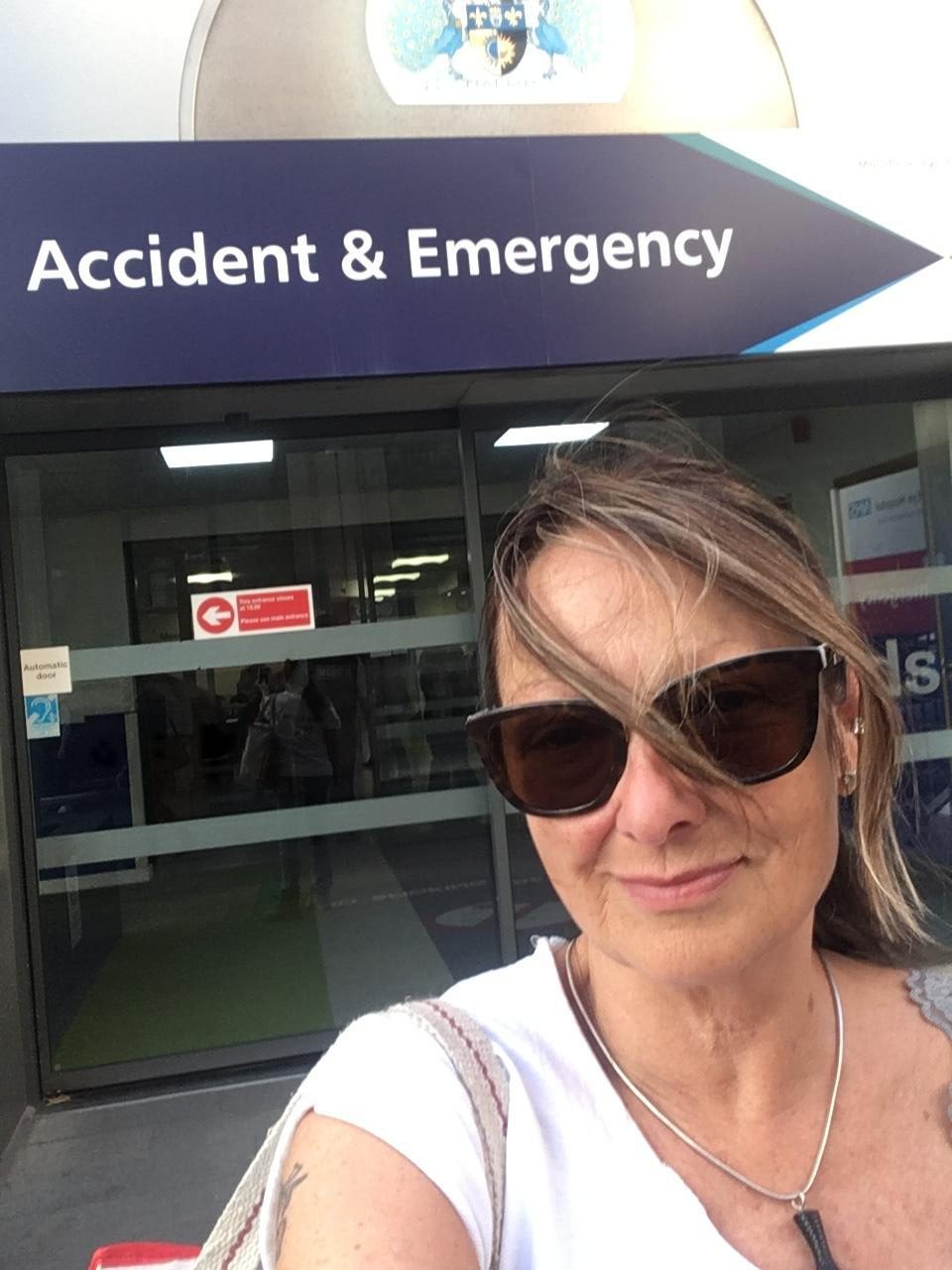 In November, Paul Fitzpatrick, 56, took his own life after being left with intolerable pain including headaches and a burning sensation following a laser eye operation 20 years ago. 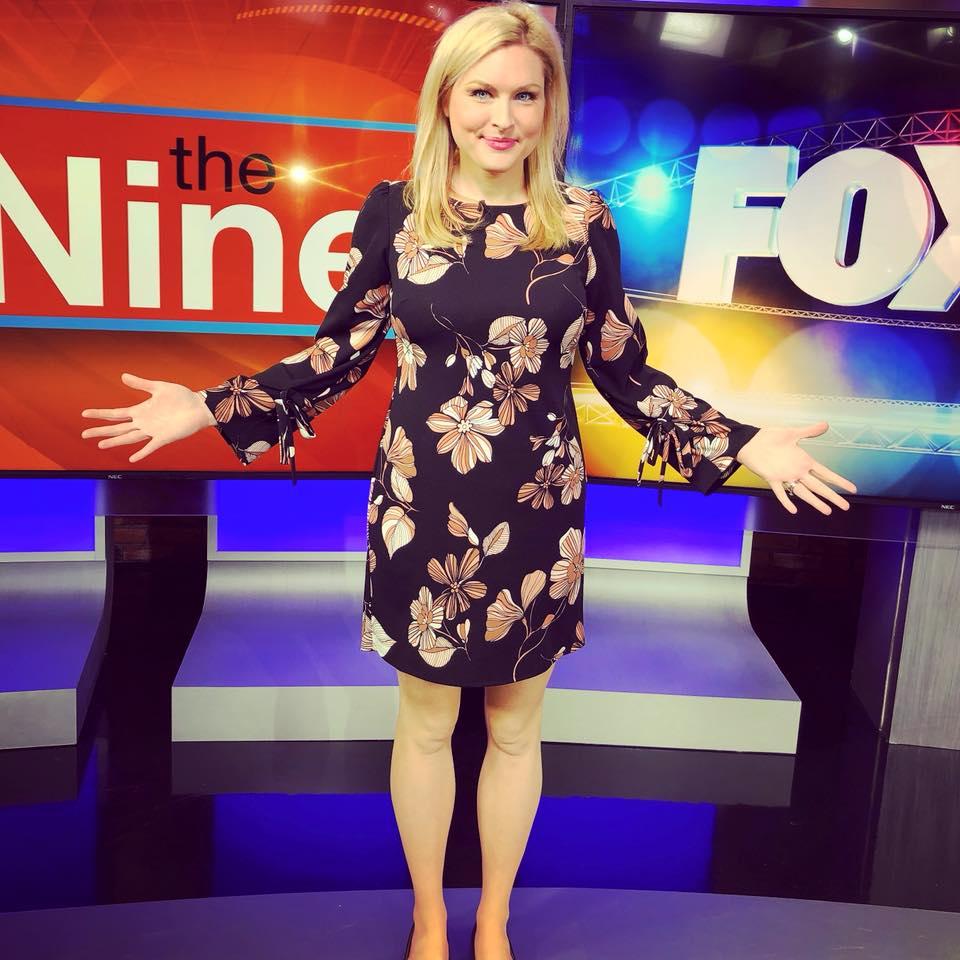 While most ophthalmologists – surgeons who perform it – say the majority of people don't experience any complications, some like Sasha, 65, strongly disagree.

Experts say that around one in 5,000 people who undergo laser eye surgery will have problems following it, but Sasha believes the number is far higher. 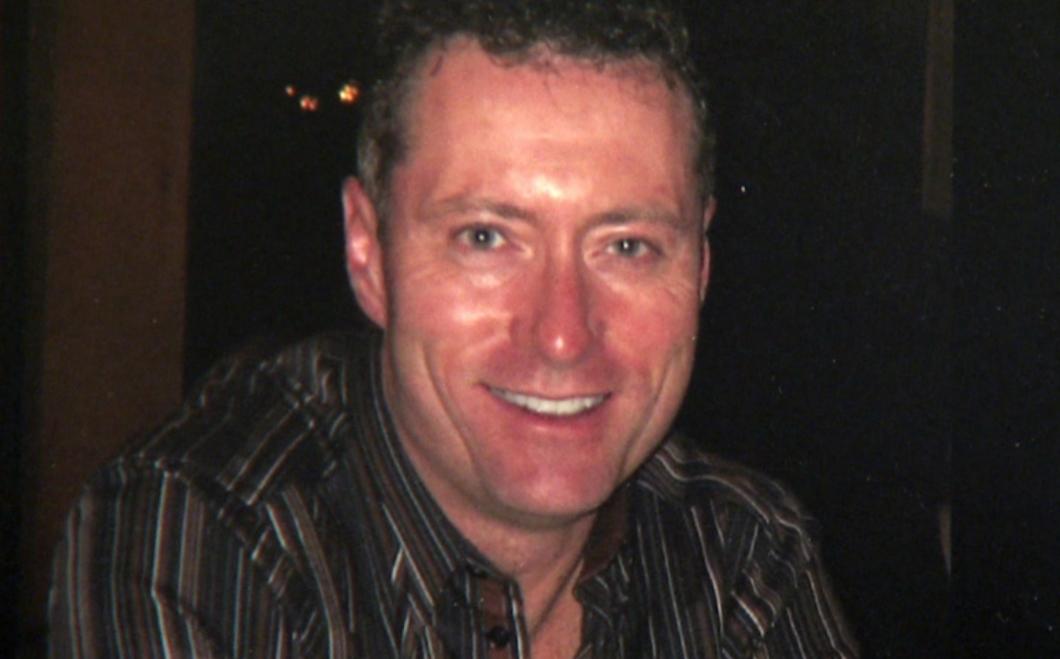 'I lost my job and my life fell apart'

Sasha, sees the 2011 date she had surgery as the day her "life fell apart".

The former fashion designer who was left unable to work after the procedure with Optimax, a leading private clinic, costing £2,000 for a deal on both eyes.

Sasha says she decided to go ahead with it to save money on glasses and contact lenses but felt uneasy and pressurised into it at her consultation. 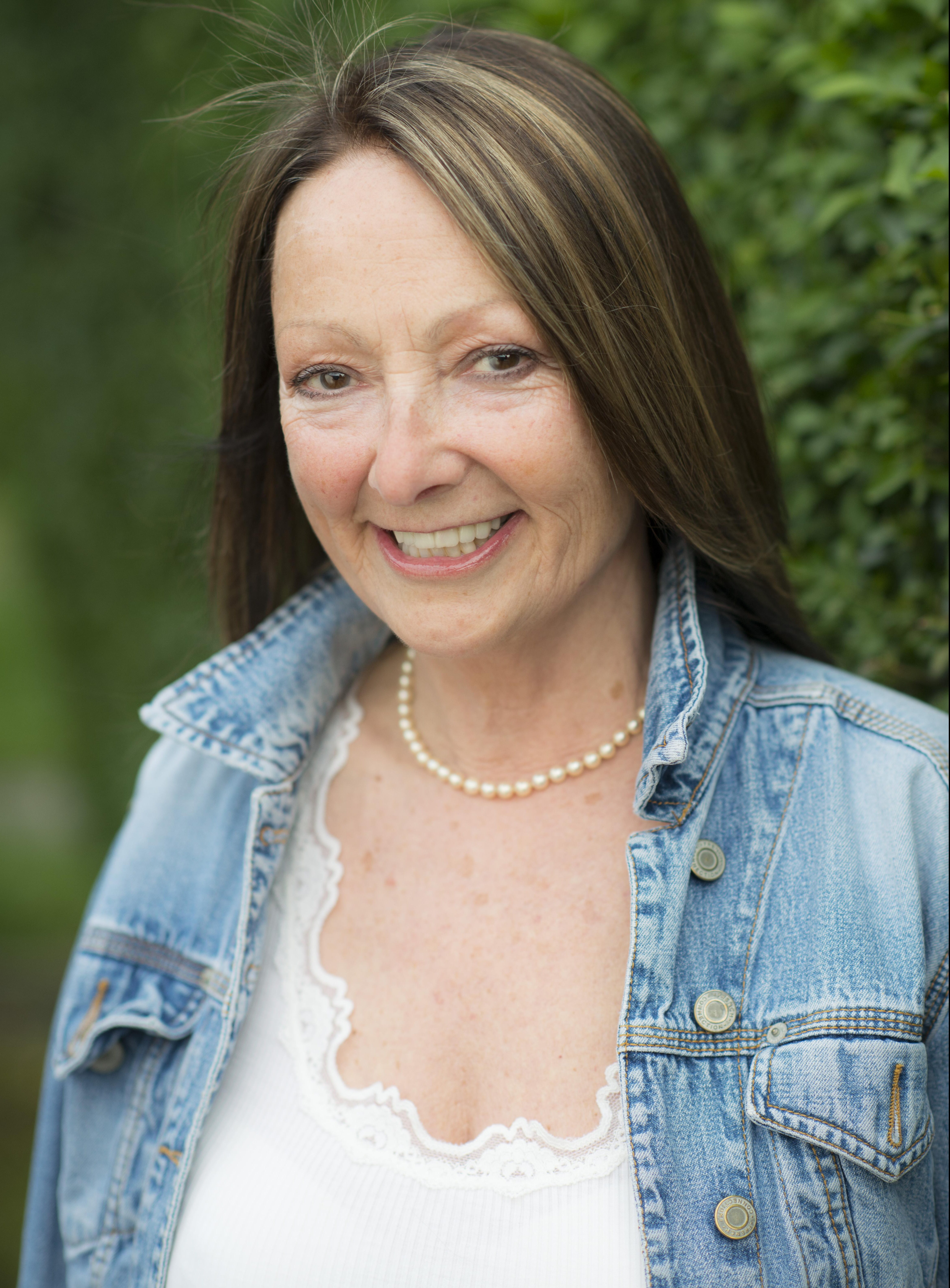 LASIK – which stands for laser-assisted in situ keratomileusis – is the most popular type of corrective treatment.

But Sasha opted for LASEK – where only one laser is used instead of two – because the optician said she had a thin cornea, the outermost layer of the eye.

"I picked LASEK but three days later, when my vision was still blurred, I knew something had gone wrong. I was screaming in agony."

Laser eye surgery works by removing microscopic amounts of tissue, using a laser to reshape it.

Sasha says that the operation itself is generally painless, as anaesthetic drops are given. 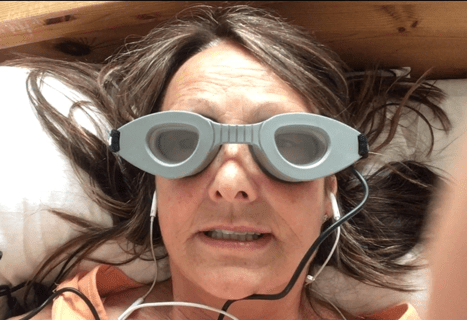 However, following the surgery, Sasha was left with chronic nerve pain in her eyes which still wakes her up in the night. Painkillers do nothing to ease the pain, she says.

She is back to wearing glasses every day, "lives in sunglasses" because she has photo-phobia – discomfort to the eyes caused by exposure to light – and can't drive safely at night because the glare from headlights affects her.

Seven years on, she frequently experiences dry eye pain, which she says "feels like needles in the eye".

Sasha wears Blephasteam goggles to provide temporary pain relief. They help open the glands that when blocked are painful and itchy.

'I was left feeling suicidal'

The physiotherapist, who has asked for his name to be changed, tells Sun Online that having the surgery left him feeling "suicidal", cost him his relationship with his girlfriend who he'd previously been planning to have kids with, his social life and happiness. 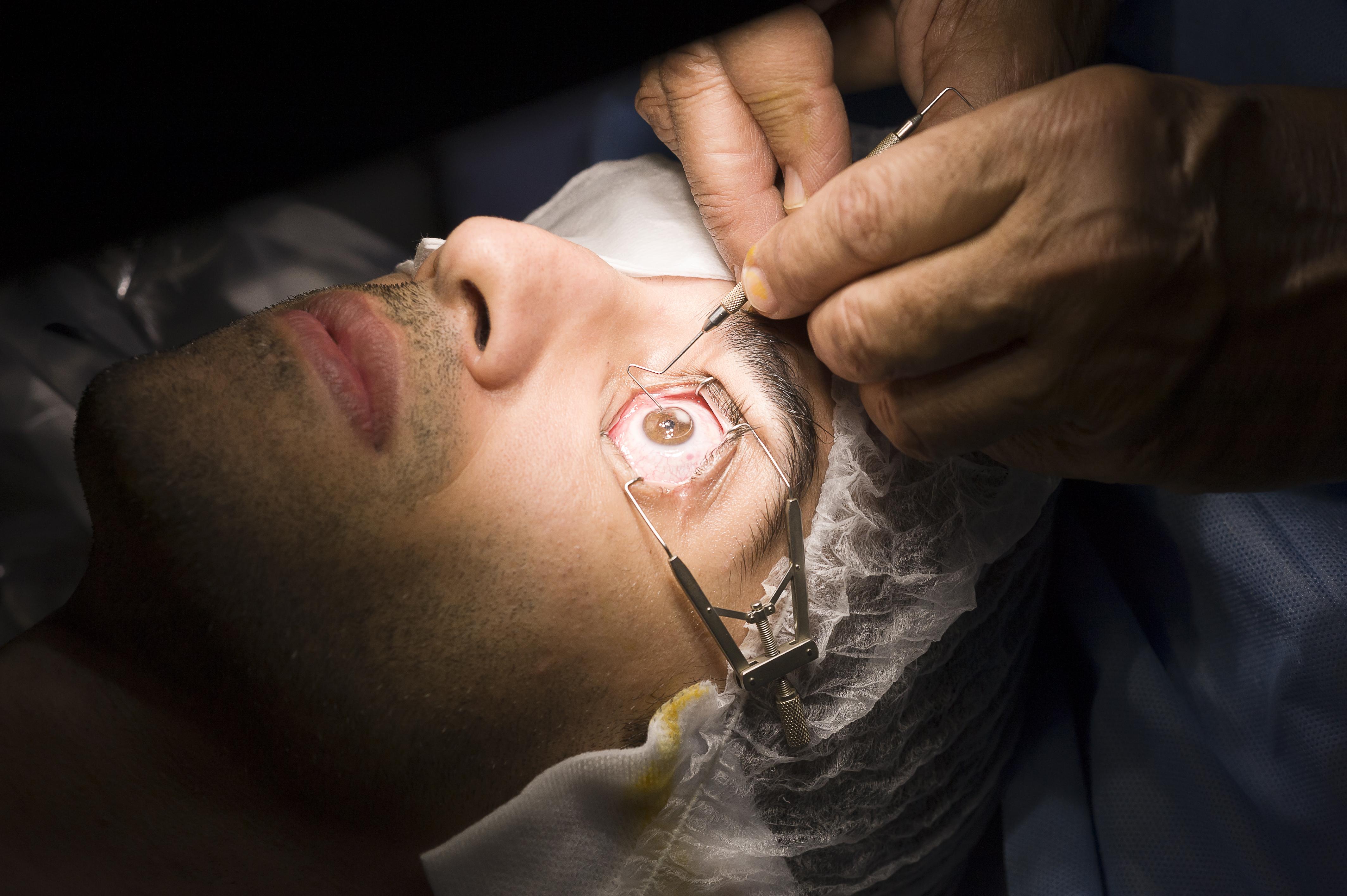 "Since getting the surgery I often feel as if I am looking through a kaleidoscope as I can see five objects at once, and everything is blurry. I can't see people's faces properly. It's disturbing and difficult to deal with," he says.

"I now own several pairs of glasses as my prescription constantly changes from day to day due to the damage." 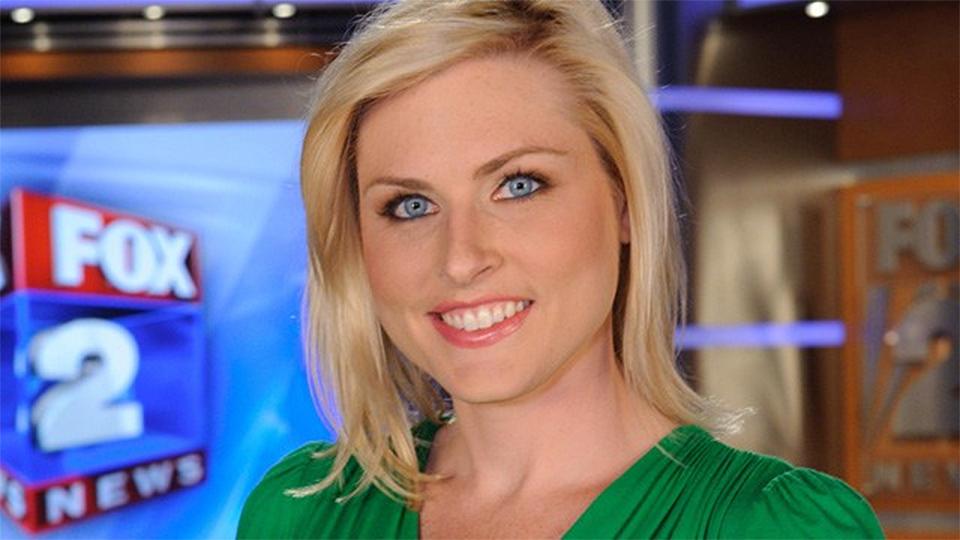 "I was too deep into my eyes problem to take care of my personal life. I went from being active to losing all my confidence and staying in the house because I couldn't see properly.

"I gave up on having kids as I was frightened my eyes would stop me being able to act quickly if anything happened to them and my girlfriend left me because of it."

Dan's surgeon said it would get better – but that hasn't happened.

He has since had two further surgeries on his eyes but it still hasn't fixed them.

Dan says he had suicidal thoughts: "When you go out to see your friends and everything is blurry and you have pain, and you realise nothing is going to change, it's very difficult to cope with it.

"Even if you're a happy person, like I was, you begin to withdraw.

"I blamed myself for going through a surgery I didn't need. You can't find a solution – new doctors say they can't help or you worry it'll mess up even more. You think you can't cope for this for the next 30 years of your life."

Dan took Valium to cope with his feelings. 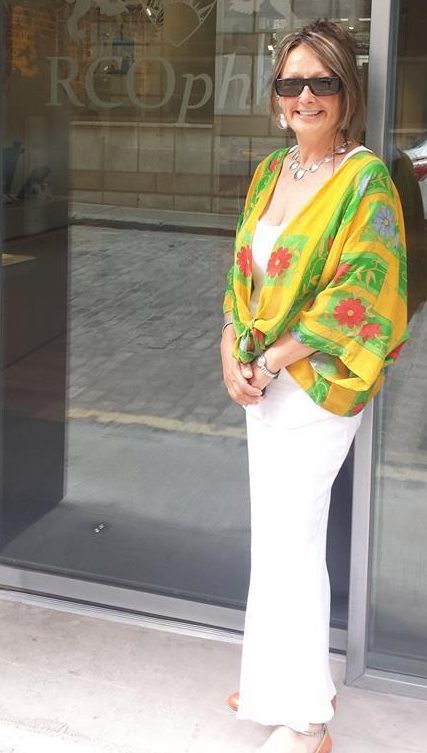 Sasha was diagnosed with clinical depression and took antidepressants for almost a year following her procedure.

"I saw people saying Jessica Starr was selfish, which angered me," she says. "If you haven't been through this agony, you have no way of knowing just how bad it is." 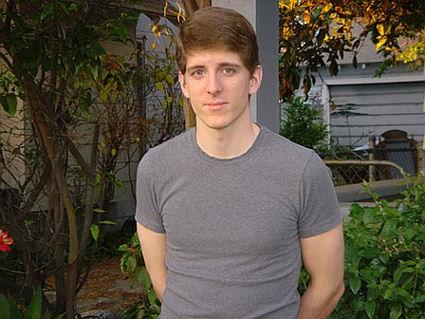 Scarring and ulcers on the eye

Both Sasha and Dan have experienced recurrent corneal erosion, where the eye's surface is torn by stuck eyelids when they wake up in the morning, a symptom of dry eye.

This can leave the eye open to infections, cause ulcers and be immensely painful, even leading to blindness in extreme cases.

Dan says, "I've tried to do things I've read online that are supposed to be helpful for dry eyes, such as drinking a lot of water and taking Omega-3, but it doesn't work."

Sasha says that each morning she can't open her eyes straight away.

"I'm aware I could rip off the top layer so instead, I have trained myself to roll my eyes around and slowly open my eyelids.

"Or I have to get eye drops and manually open my eyelid and then move it around in my eye." 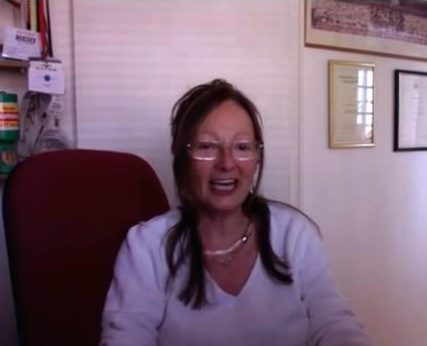 'The surgery will always have risks'

Clinical Adviser to The College of Optometrists, Daniel Hardiman-McCartney, tells Sun Online that as it is surgery, there will "always be some risks associated with it".

"I usually tell my patients who are considering it that they may have sore, gritty eyes for a few weeks after.

Some people may be affected by glare and discomfort from car headlights when driving, and around one in 10 may need follow-up surgery to perfect the procedure," he says.

"If they have notable discomfort after a few days, you should go back to your surgeon and check if everything is OK. This is relatively rare.

"People usually leave the surgery with a very good visual outcome and very few long-term consequences, so for some it is the right thing to do if they are happy to take that risk." 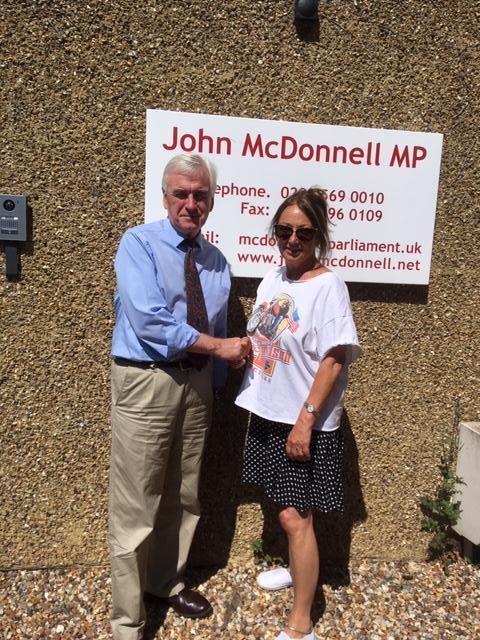 A year after her botched operation, Sasha started a campaigning website, My Beautiful Eyes, and is currently working with Shadow Chancellor John McDonnell to push for improved regulation.

"It's luck as to whether it will work for you," she says. "I estimate through my research there are at least 40 per cent of patients who are damaged from laser eye surgery in some way."

She also settled out of court for an undisclosed sum for the damage caused to her own eyes. 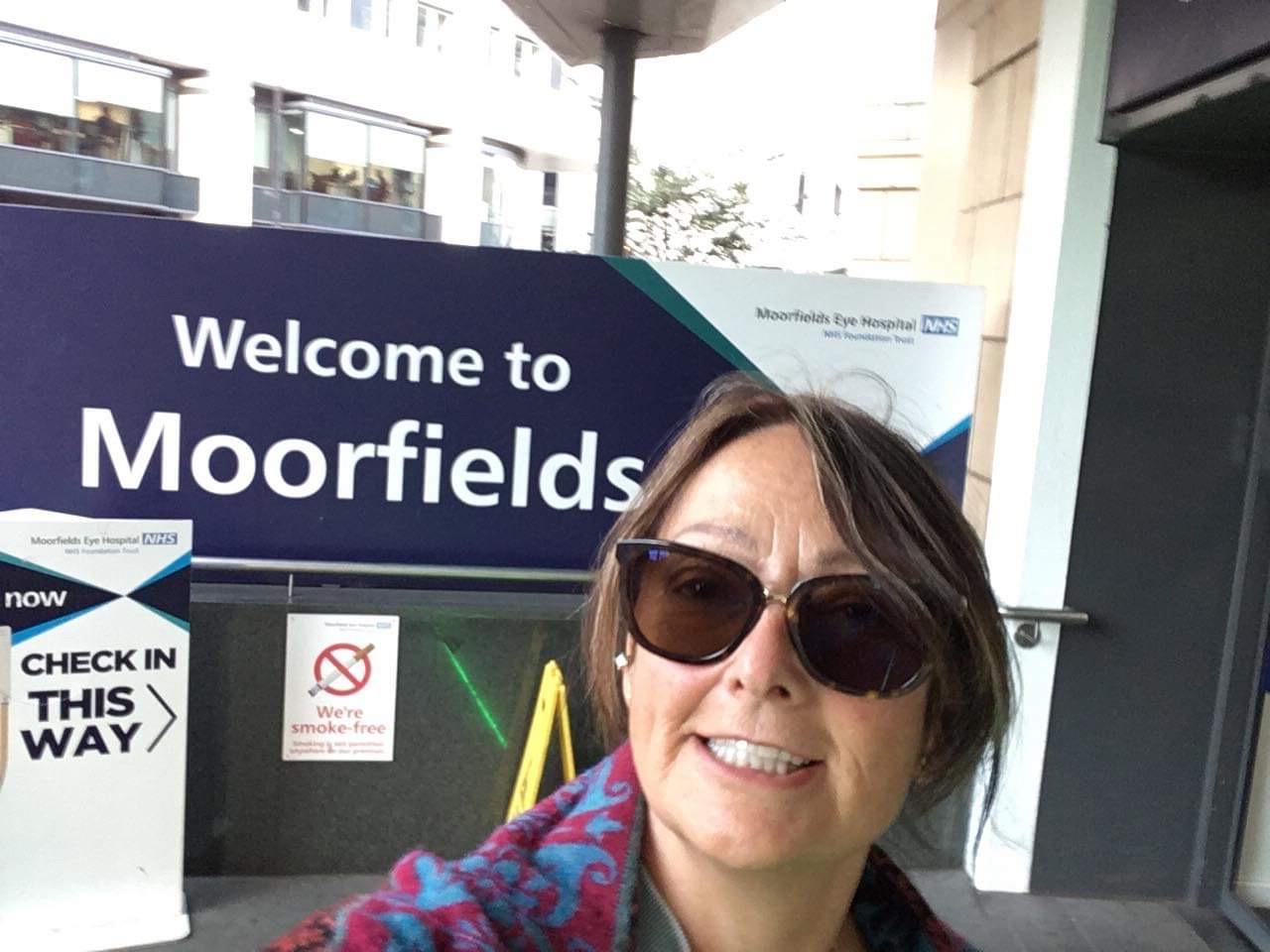 She says she has spoken to thousands of people over the years who have experienced major problems with their eyes following elective eye surgery.

The most common complains are dry eyes, corneal neuralgia, poor vision in low light, halos round lights and starbursts – where sufferers are unable to drive at night because tail lights can look like a torch shining and headlights look like fireworks. 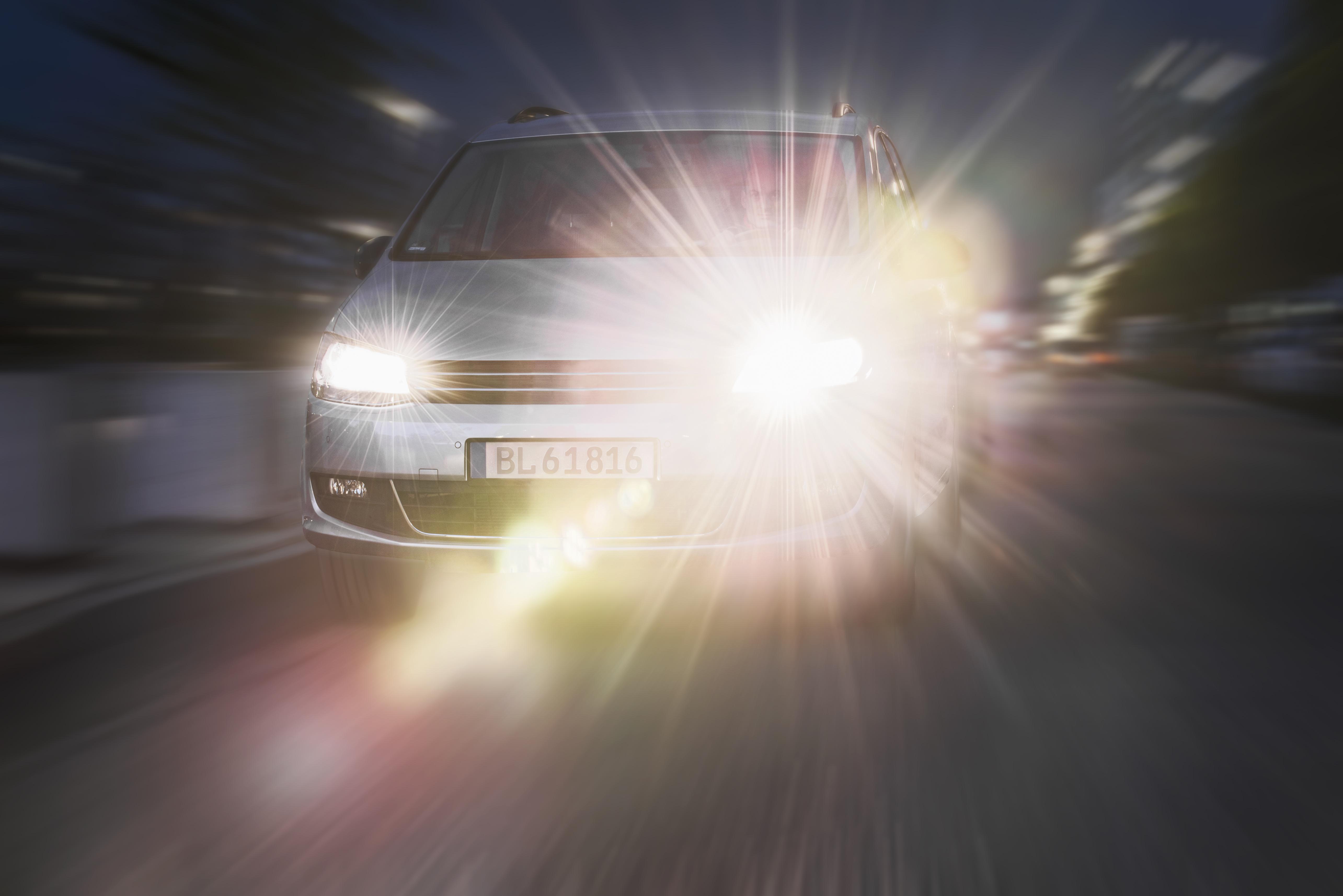 She says it is a "global scandal" covered up by the big companies. She says that some of them have offered her money to stop her work raising awareness.

"The companies pressurise patients to go through with it, offering incentives like discounts or cash for every friend you refer – and this needs to change. More people need to be aware of the risks.

"Even successful results do not last forever. I know of many people who are back wearing specs after two years."

For Sasha, her drive to campaign for better regulation of laser eye surgery is what keeps her going at her low moments.

"The only way I can deal with what happened to me is through researching, campaigning and helping others who've gone through the procedure, as well as stopping others from making the mistake I did.

"If I had been left to deal with my eyes alone I would have considered suicide, but I will keep up this fight until the day I die."