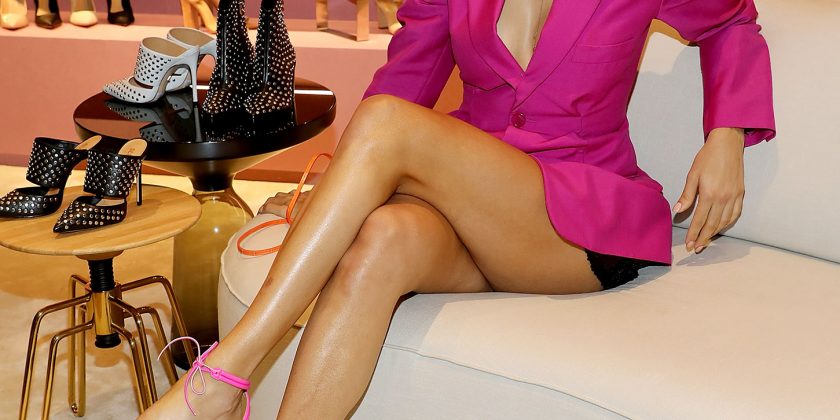 Adriana Lima is wasting no time between gigs.

Less than a week after announcing her retirement from the Victoria’s Secret runway — after 20 years and 18 runway shows — the Brazilian model, 37, stepped out to celebrate the opening of the Schutz shoe store at the Aventura Mall in Miami.

Lima has been the face of the Brazilian brand since the summer, and even collaborated on a pair of footwear.

“Schutz has been part of my life for a long time,” Lima told PEOPLE at the opening, where she paired her hot pink blazer with matching Schutz S-YVI sandals ($180). “[They are] one of the best shoemakers in Brazil. Having the store opening in Miami is a dream for me.“

Despite having received an overwhelming reception to the announcement of her Victoria’s Secret retirement and tear-filled goodbye on the runway just days before the Schutz event — nearly 2 million people watched her farewell post on Instagram — Lima said she did not want to discuss anything related to Victoria’s Secret.

Instead, she revealed what she wanted her legacy to be: Being a wonderful mother to her two daughters, Valentina, 8, and Sienna, 6. She shares her children with her ex-husband, Marko Jarić. The pair separated in 2014.

“I have two daughters, and I am their biggest example,” Lima told PEOPLE, noting that they love to paint and run around.

“I would like my daughters to live in a better world,” she said. “I think everything starts with yourself. I try to be the best example I could. That’s how I stoke my career and my life, my job, how I carry myself. Having such a big exposure with women with children and teenagers, it’s a big responsibility.”

Continued Lima, “Even if you don’t want, you do become their inspiration. I just try to be the best of me and keep positive and keep a healthy lifestyle.”

This uplifting message is something she’s spreading beyond her children as well. Last week, Lima told PEOPLE that she’ll be focusing on new projects with women empowerment at the core.

—With reporting by Nicole Sands