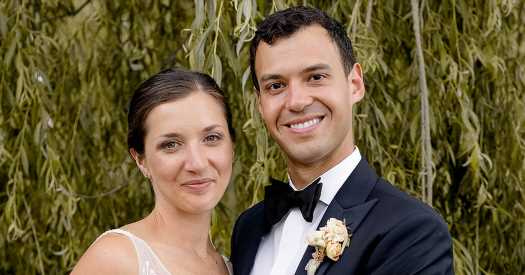 Dr. Olivia Janssen was clear that she did not want a public proposal. So when Andrew Perra got down on one knee, he knew he had to get creative.

When the couple vacationed on Panarea, an island north off the coast of Sicily, Italy, in the summer of 2019 and found a remote hike, Mr. Perra knew it was the perfect moment. “He had recently bought a drone, and so we were taking pictures and kind of exploring this really beautiful view,” Dr. Janssen said. “And with the drone up in the air, he angled it so we were both in view. I was kind of posing for a picture. I was getting ready to smile for the picture. I turned around and he was down on one knee.”

Although the proposal was private, the moment is now saved forever on video. “It was just us two, it was very planned on his end, and a very big surprise on my end,” Dr. Janssen said.

Mr. Perra, an investment banker at Deutsche Bank, graduated from Emory University. Dr. Janssen earned her bachelor’s at the State University of New York College at Geneseo and earned her doctorate at The New York Institute of Technology College of Osteopathic Medicine. She is starting work this summer as an attending neonatologist at Cohen Children’s Medical Center at Northwell Health in Glen Oaks, Queens. 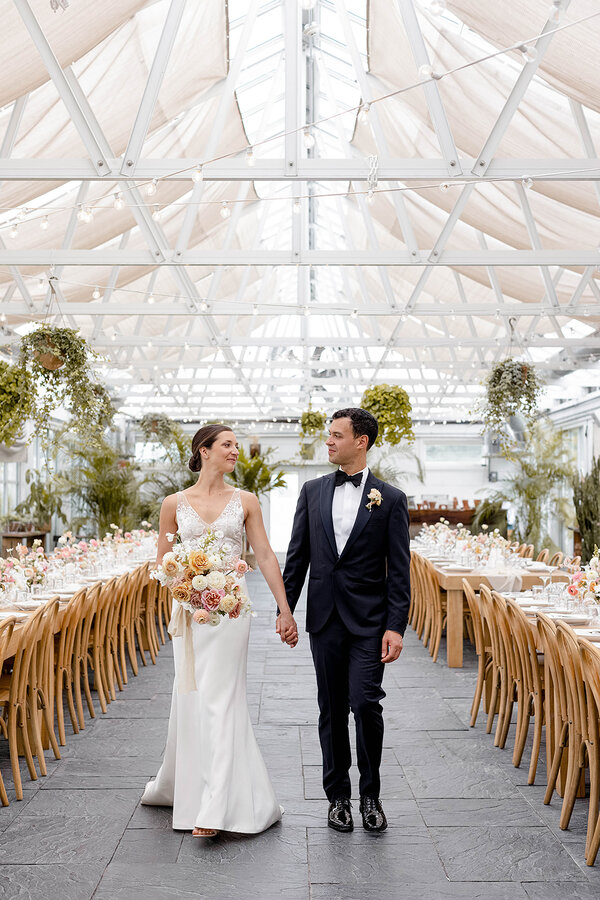 It wasn’t until 2016 that the couple reconnected on the dating app Bumble and their relationship began to get serious. “I love that both our strengths and imperfections overlap in such a weirdly perfect way, that we really pick up the pieces for each other,” Mr. Perra said. “And I think that together the sum is so much stronger than the parts with us.”

On June 19, 2021, exactly two years and one day after the proposal, the couple were married at the Greenhouse at Audrey’s Farmhouse in Wallkill, N.Y., surrounded by 90 of their friends and family members. The ceremony was officiated by the groom’s mother, Deborah Simon, who became a Universal Life Church minister for the event.

“We fortunately really got almost exactly the wedding that we originally planned,” Dr. Janssen said. “We decided that we were going to do this date no matter what; whether it was just us and our parents or whether it was our friends and family.”

The couple recently moved to Williamsburg, Brooklyn, and are looking forward to exploring the neighborhood and their upcoming honeymoon in the Faroe Islands, located midway between Iceland and Scotland. “I am excited to wake up and have that true connection and that true partnership every single day,” said the bride.

The groom said, “I think it’s really nice to truly feel that level of commitment and that we’re building this life and we’re really bridging to what’s next.”