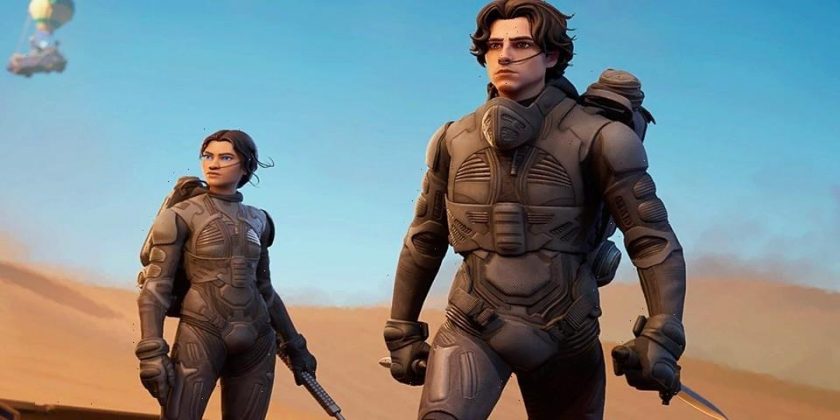 A Fortnite and Dune crossover is set to make an appearance on the game imminently. Fans will soon be able to show off their Paul Atreides and Chani skins inside of battle royale.

The film’s protagonist Timothée Chalamet took to Instagram story to tease his character in the new skin. Fortnite insider HYPEX took to Twitter to leak skin cosmetics and various props for Chalamet and Zendaya‘s characters. A “Sand Walk” emote, Twinblades for harvesting and Fremkits are both revealed. The leak comes just days before Dune premieres in the U.S. though no official date for the skins has been released. However, HYPEX mentions that the skins will come available in two bundles.

Aside from the leak, there is not much information on the upcoming Dune skins. However, the announcement of the release have sent fans in a frenzy of excitement online.

Dune is set to release on October 22 in the United States. Check out HYPEX’s Tweets below.