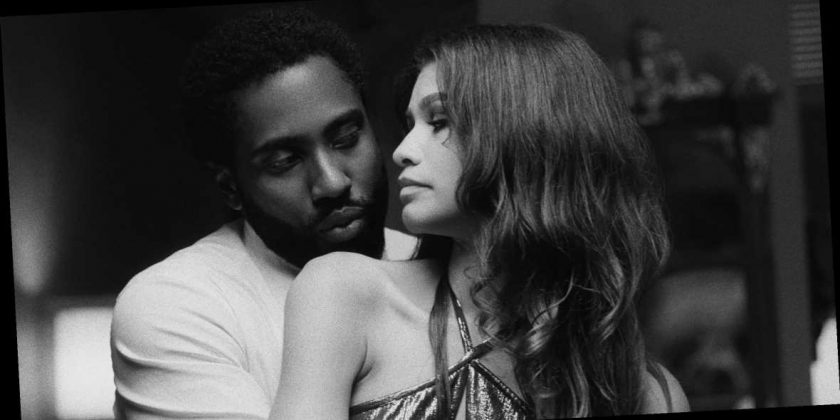 There’s always backlash — and Zendaya is not here for it. In her new movie, Malcolm & Marie, the Euphoria actress, 24, plays John David Washington‘s love interest. However, the age gap — he is 12 years older than her at 36 — has caused some fans to criticize the casting.

Your Favorite Child Stars: All Grown Up!

“I’ve played a 16-year-old since I was 16,” the former Disney Channel star told E!’s Daily Pop on Wednesday, January 27. “You have to remember, also, people grew up with me as a child. It’s like watching, I guess, your younger sibling now, you know, they’re grown. … So, it’s hard for people to wrap around the idea that I am grown in real life. You know, even though I do play a teenager on television still.”

The film is the first feature to be fully written, produced and filmed during the coronavirus pandemic, thanks to Euphoria creator Sam Levinson, who came to Zendaya with the pitch. However, before she landed the massive HBO hit series — which won her the Lead Actress Emmy in 2020 — she was still looked at as a kid since she rose to fame on the Disney Channel.

“With Sam, I definitely think there’s just like a special connection there,” the Spider-Man Homecoming actress told Carey Mulligan as part of Variety‘s Actors on Actors series earlier this month. “Before Euphoria, technically I was still on Disney Channel. He must have seen something in me. … I’ve always felt that I could bring things to the table, that I could be creative and free to try things and put out bad ideas. Because of the Disney kid thing, I get scared of that kind of thing.”

She also pointed out that she started working with Disney at age 13 and four years later, she started seeing things differently.

“By the time I was 17, I had a better understanding and focus of what I wanted,” she said. “A lot of times in this industry, it’s about recognizing your power and not selling yourself short. It’s kind of like that corny thing of ‘know your worth.’ It’s knowing what you can bring to the table, and I knew that I had more to offer in a more professional capacity.”