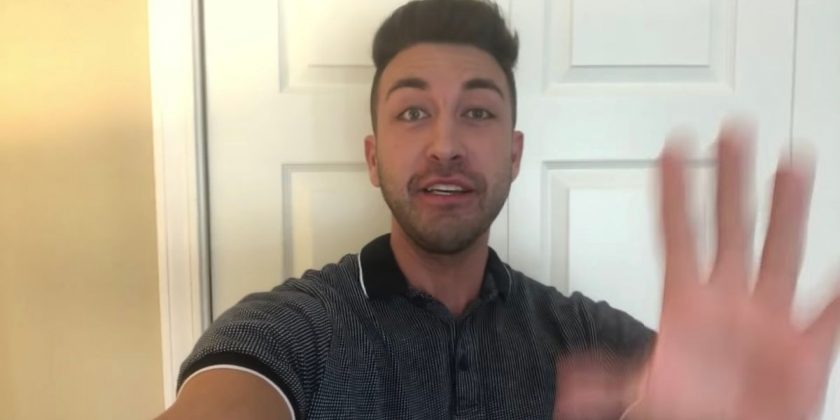 Last month Chris Monroe horrified the internet when he shared a video of himself kissing a woman he claimed was his half-sister.

The YouTuber, who posts under the username PrankInvasion, filmed himself making out with Kaitlyn O'Connor after 'stalking' her around their house.

To date the video has been viewed over seven million times and over 41,000 people have commented on it.

Many people were left reeling after watching the clip, but they haven't been given much time to recover – because the so-called prankster is back at it again.

In a new video, Chris locks lips with another important lady in his life – his mother.

Entitled 'Kissing my actual mom prank', the footage shows, the American back in the house from before, but this time he's following an older woman around.

He claims this person is his mum and that he's planning to convince her to kiss him, so he can "top" his last video.

He says: "This video we're gonna top my kissing my sister prank video. I'm gonna kiss my mom. It feels so weird to say that but it's going down.

Many people were grossed out by the fact that he'd made another video kissing a supposed family member, with some asking if his dad was going to be in his next one.

It's not yet known if the woman in the video is actually his relative, or someone he has hired, as after all the whole thing is intended to be a 'prank'.

However the video maker previously confirmed to The Sun that Kaitlyn is his real sister, so it's likely this too could be real – either way, the whole thing is very disturbing.