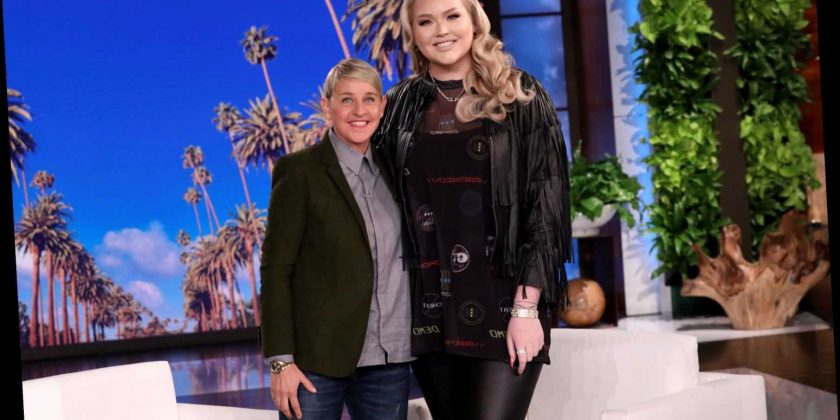 In her first televised interview since speaking publicly about her gender identity, NikkieTutorials said she’d like to use her experience to inspire other LGBTQ youth.

The Dutch YouTuber and makeup artist, whose real name is Nikkie de Jager, appeared on “The Ellen DeGeneres Show” Wednesday, recalling the troubling events that prompted her to open up about her journey as a trans woman in a 17-minute video last week.

“A couple of weeks ago, I got emails from a certain person and he was not OK with the fact that I was ‘lying’ and wanted to expose that,” de Jager told the host. “He had a very pressuring tone of voice and he was like, ‘If we don’t get an answer by tomorrow, it’s out.’ And I feel like his entire goal with this was to destroy my life. But plot twist: that didn’t happen!”

Instead, the cosmetics guru chose to “take back her power” by posting the video, which had been viewed more than 32 million times as of Wednesday afternoon. The response to the clip, she said, has been “unreal.”

“I always wanted to come out with it, but it is such a delicate thing,” she explained. “There’s never the perfect timing. In a way … I am thankful that it happened now. Now I get to be free.”

She also credited her fiancé, Dylan, with encouraging her to post the video, and thanked others in the trans community for helping to break down barriers for people like herself. Ultimately, she’d like to pay it forward simply by living as her authentic self.

“As long as I get to be myself and inspire little Nikkies to be [themselves], that’s all I can do,” she said.