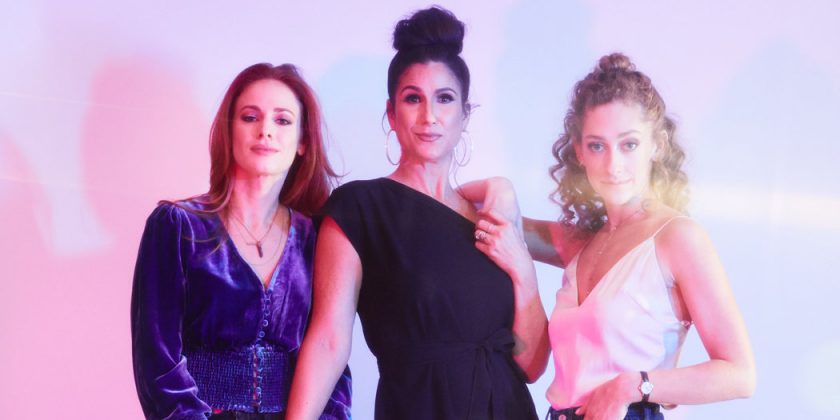 The oral care nailed it.

“One day I was running lines with Crest White Strips on my teeth and I found the voice,” said Ms. Block, who portrays the pop star in “The Cher Show” on Broadway. She slipped into the singer’s immediately recognizable crushed-velvet contralto: “I was like, ‘Are you kidding me? Holy crap, I found Cher through Crest White Strips? This is insane!’ ”

Even better, once she had analyzed what she was doing, Ms. Block succeeded in replicating Cher’s inflections without also having to bleach her teeth. 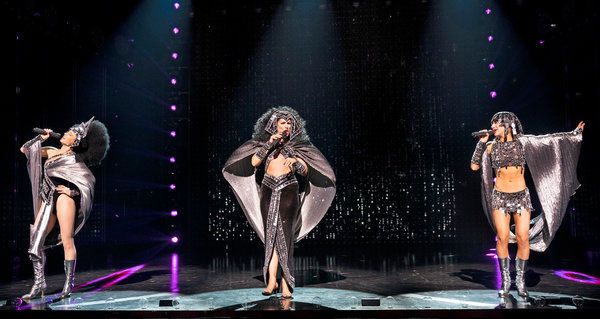 In the new musical, which opens on Dec. 3 at the Neil Simon Theater, Ms. Block, 46, takes on the older incarnation of Cher, dubbed Star, while Micaela Diamond portrays the youngest version, Babe, and Teal Wicks handles the middle years as Lady. The Donna Summer bio-musical “Summer” also splits its titular role among three performers, but “The Cher Show,” written by Rick Elice (“Jersey Boys”), and directed by Jason Moore (“Avenue Q”), features more interaction between the different avatars, who share the stage for extended periods of time, trade verses and choruses of a single song, and banter with each other. And all three even get to poke affectionate fun at Sonny Bono (Jarrod Spector).

The role of Star is high-profile exposure for Ms. Block, who is one of Broadway’s most reliably entertaining powerhouse belters, if not quite a household name despite landing Tony nominations for her turns in “The Mystery of Edwin Drood” (2012) and “Falsettos” (2016).

She can even duplicate Cher’s casual swagger while wearing strategically placed shreds of fabric. “Had they said, ‘You’re going to start the show in the “Turn Back Time” costume with the wig and the leather coat,’ I would have run the other way,” Ms. Block said. “Because we’ve been able to finesse it and nuance it for the past year, I’m now comfortable doing so.”

And yet she was reluctant to play Cher because her Broadway debut 15 years ago, in “The Boy from Oz,” also involved playing not just a real person, but a superstar who was still alive — in that case, Liza Minnelli.

“Creating a fictional character can be anything you want it to be, with the director of course molding and guiding you,” Ms. Block recently explained in her dressing room, seemingly energized rather than fazed by the many pages of adjustments that had landed on her table a couple of hours before a preview performance. “When you are playing someone who lives and breathes, and people can recognize their mannerisms and the tonality of their voice, it changes greatly.”

But the new show’s trio concept assuaged her doubts and she signed on. If anything, Ms. Block is a showbiz trouper, and at the very least this would be yet another adventure in a résumé full of them.

After all, her career started with a bit of well-intentioned tinkering, back when Ms. Block was a 15-year-old budding actress in Southern California. Her mother forged young Stephanie’s birth certificate so the teenager could get a job in Disneyland parades. Ms. Block ended up playing Fifer, one of the Three Little Pigs — you might say it was the first in an amusing group of power trios, including the plotting friends in the Broadway musical “9 to 5” (she was Judy Bernly, Jane Fonda’s part in the film) and now, of course, the Chers.

As with most California-based musical-theater actors, Ms. Block relied a lot on Disney and Universal Studios in her early career. She also spent some time in Branson, Missouri, in the early 1990s, first in a production of “The Will Rogers Follies” headlined by Pat Boone, then as the co-host of a live breakfast show, sometimes filmed for local cable access, on the Branson Belle showboat.

“It’s all these experiences where you laugh and you’re like, ‘How did I end up in that world?,’” Ms. Block said. “But you gain so many tools and skills.”

One of them must have been the ability to suck up disappointment.

After playing Elphaba in early workshops of “Wicked,” Ms. Block was replaced by Idina Menzel for the Broadway premiere in 2003. Time has passed, recognition has come, but the episode still smarts — it is the only moment in our conversation that a shadow passes over Ms. Block’s face, that her friendly confidence falters a little.

“I worked on it for two years and then … fell to the wayside,” she said. “My ego was bruised and I did feel like I was kicked in the gut a little bit. That’s because I didn’t really know the business part of show business.”

She ended up playing Elphaba again in 2005, when she led the show’s first national tour (on which she met her future husband, the actor Sebastian Arcelus), and eventually did it on Broadway two years later.

Since then Ms. Block has climbed up the food chain, yet she’s not always mentioned among the reigning divas — except, of course, by her fans, the Blockheads — perhaps because she is more of an old-school entertainer who prefers to let a character take over rather than show off her own personality.

“The diva [term] to me is perhaps given to musical-theater performers, especially female ones, who do have that big body voice and can just stand onstage and own it,” Ms. Block said. “And if that’s what the definition is, I love it. But if I am playing a role, I’d much rather the audience forget that I’m Stephanie. My husband likes to call me the Gary Oldman of musical theater because I have this way of shapeshifting.”

Even in “I’m Breaking Down,” her epically funny, showstopping number in “Falsettos,” Ms. Block stayed true to the character. “Another actor might have hamboned the whole thing but she was always honest,” said that revival’s director, James Lapine, who had grasped the full extent of the actress’ range when he saw her in the Lynn Nottage play “By the Way, Meet Vera Stark,” in 2011 — another portrayal of a larger-than-life star, that one fictional. “I hope she gets [more] dramatic roles because that would be an eye-opener for folks. She’s emotionally available, as they like to say,” he said with a laugh.

When she auditioned for “The Cher Show” in the summer of 2017, Micaela Diamond was 18 and her knowledge of the subject was as skimpy as one of the star’s outfits. “My introduction to Cher was ‘Burlesque,’ Ms. Diamond said, referring to the 2010 camp fest of a film co-starring Christina Aguilera. “I knew ‘I Got You Babe’ because you hear it at Duane Reade, but I didn’t know anything about Cher’s life or her romances.”

Ms. Diamond had recently graduated from LaGuardia High School and was scheduled to leave for the musical-theater program at Carnegie Mellon University.

Some people had other ideas. “I wanted to throw myself down on her ankles and say ‘Don’t leave until you say you’re going to do this!’ ” said Mr. Elice, who wrote the show’s book.

“Looking back, it was a choice, but I knew in my heart it wasn’t a choice at all,” said Ms. Diamond. “[Not going to college] was a big decision, but it was an easy one.”

After landing Babe but before the show’s Chicago tryout this summer, Ms. Diamond appeared in the live telecast of “Jesus Christ Superstar” as part of the ensemble, and understudied Mary Magdalene for Sara Bareilles. “I actually did her track in rehearsal for about a month before she came in,” said Ms. Diamond. “Canoodling with John Legend was cool. Like, what the [expletive]? I was 18 and kissing John Legend’s ear.”

Ms. Diamond has since won a fan in a very high place. “I especially related to Babe, who totally captured who I was at that time in my life,” said Cher, a co-producer of the musical, in an email.

Carnegie Mellon may have to wait a little longer.

When Teal Wicks, who plays the middle Cher, Lady, discovered some of the barely-there costumes she’d have to wear in “The Cher Show,” her reaction was ambivalent. “I was so excited,” she said, “but it’s nerve-racking because I have to be a little bit more aware of my physical fitness. I have a very healthy appetite and I enjoy alcoholic beverages here and there. It’s just trying to find a balance.”

Lady is quite a departure from Elphaba of “Wicked,” whom Ms. Wicks, now 36, did on the West Coast for almost two years, then on Broadway for nearly a year, starting in 2011.

“It was my first huge leading role and it kinda taught me all my strengths and weaknesses as a performer,” she said. “I had a lot of raw talent but I wasn’t very disciplined: I was excited, I wanted to socialize and hang out with the cast and go to all the events. I sort of burned myself out pretty fast and then had to climb back up from that, which took a lot longer than I thought.”

That return involved more somber parts, in the Broadway revival of Frank Wildhorn’s “Jekyll & Hyde” and in “Finding Neverland.” Yet Ms. Wicks has maintained a sunny demeanor that she puts to good use in the new show.

“When Teal joined she was the perfect personality to offset the other two,” Mr. Elice said. “She’s like the puppy who always runs a little too fast and crashes into the wall. She keeps everybody happy and howling with laughter.”