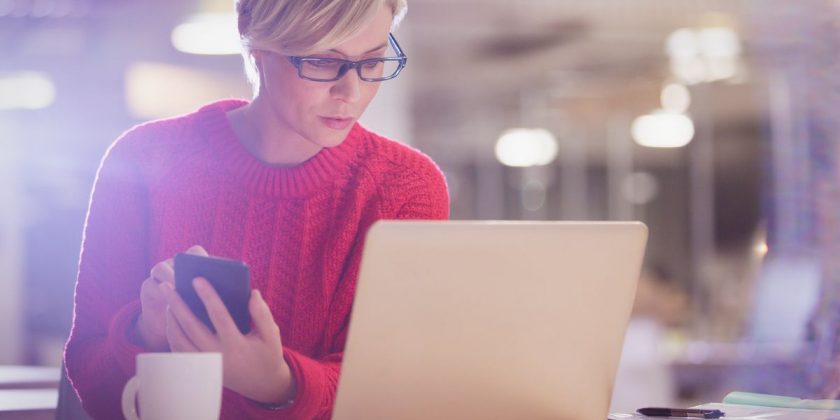 Throughout the day while in the office, it's likely that numerous emails pop up in your inbox, some of very high importance and some you will ultimately choose to ignore for a while.

You might think you're doing a good job of responding to everyone in a professional manner, but have you ever really stopped to think about what your messages are saying about you? Because your words really do have more impact than you know.

Thankfully one creative individual has come up with a brilliant guide that everyone can follow, which she claims will help you "email like a boss".

Dani Donovan, a designer and illustrator from Omaha in the US, admits to having a problem overusing certain words and grammar in her work emails.

Recently she became very conscious of this and decided to overhaul the way she replies to her various contacts.

And lucky for us, she decided to share this process with the people of the internet.

It started out as a viral Twitter thread, in which she wrote out all of her old and new replies, but then she converted it into a helpful (and printable) chart on Instagram which you can totally tape up on your desk at work as a handy reminder.

Some of the changes she's come up with, include swapping "sorry for the delay" to "thanks for your patience" and opting for "let me know if you have questions" over "hopefully that makes sense".

She explained more to Metro.co.uk, saying: "I first started paying attention to this stuff when I read an article about getting rid of 'just' in emails.

"I suddenly became self-aware of how often I apologised for fear of rubbing people the wrong way. Reading through my sent messages made me cringe.

"I want to be helpful, but I don't want people to take advantage of me. I knew there was a balance in there somewhere."

So Dani spent a lot of time writing and re-writing her emails to find the right tone for her.

Ultimately she realised there was a simple way to test how her words would be perceived – by asking herself if she would be upset to receive what she had written from someone else.

"10 percent of the time, if I'm like 'Ehhh this sounds off', I'll go back and adjust it until it feels right."