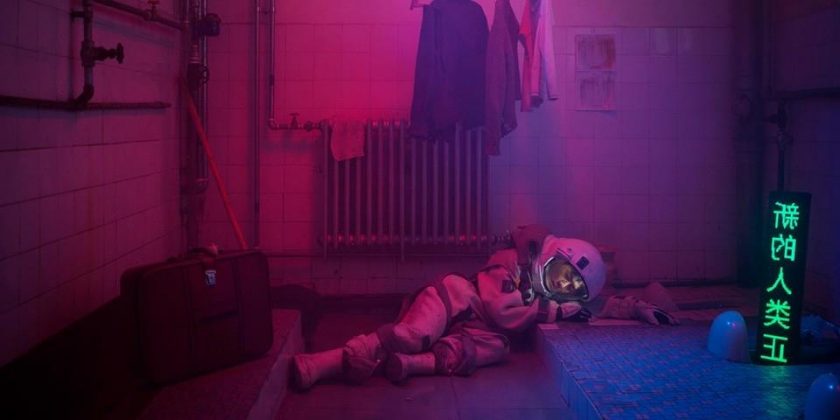 Sprüth Magers Los Angeles is showcasing a solo exhibition by Chinese artist and filmmaker, Cao Fei. Born in Guangzhou and based in Beijing, Fei’s multimedia projects reflect on people who have come to terms with both the perils and possibilities of an industrialized and hyperconnected world.

Caught between fantasy and reality, Fei’s everyday characters largely reference China’s working-class amidst the nation’s rapid expansion and changing urban environment. On view at the gallery are a number of Fei’s films, including her two most recent — Nova (2019) and Asia One (2018).

Nova follows a scientist who is tasked with a secretive international mission. In one of the tests, he accidentally turns his son into a digital version of himself, eternally trapping him into cyberspace. The film is a startling reflection of our current age in which individuals live in a state of flux — constantly navigating through past, present and future.

Although Asia One is future-facing, it is coincidentally set in the year 2021. The premise of the film focuses on two workers and a robot who are left alone in a massive automated logistics center. The work is both lonesome and monotonous, but through playful fantasy, the characters begin to depict the merging of human emotion and artificial intelligence.

To accompany the screenings are a series of photographic stills and installations that were part of the film sets from Nova and Asia One. Cao Fei is on view at Sprüth Magers LA until December 22.

In other art news, Ellsworth Kelly’s lesser-known collages are the subject of a new book.