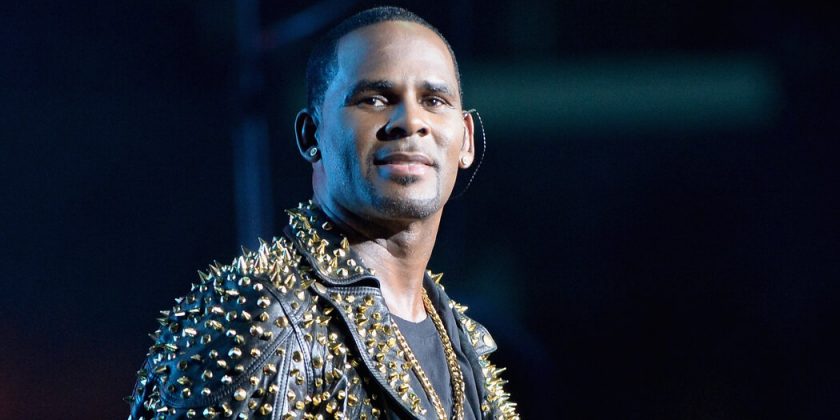 As a veteran wedding D.J. from Chicago, Richard Gintowt has a lot of history with R. Kelly.

Growing up, hits like “Ignition (Remix)” and “Step in the Name of Love” were ubiquitous local favorites by the homegrown R&B star, and when Gintowt started soundtracking wedding parties, “‘Bump n’ Grind’ used to crush it for me,” he recalled.

But in 2019, amid renewed furor over decades of allegations that Kelly had systematically abused young women, the D.J., now living in the Bay Area, stopped playing Kelly’s music altogether. The one time that Gintowt has spun “Ignition” recently — at the request of a bride — the experience only reinforced his stance.

“It was immediately a vibe killer,” Gintowt said. “Everybody on the dance floor stopped and looked at me like, ‘What are you doing?’”

For some, a rejection of Kelly’s music has been long overdue, a belated reckoning for a star dogged by accusations of misconduct. (Kelly has denied the allegations.) Yet even as his federal trial begins in Brooklyn this week — he faces charges of racketeering based on sexual exploitation of children, kidnapping and forced labor — Kelly’s musical legacy remains far from simple.

In some ways, Kelly, 54, stands out as an emblem of so-called cancel culture, his music — including hits like “I Believe I Can Fly” and “The World’s Greatest” — all but erased from the radio and other commercial placements, his high-profile concerts and record deals a thing of the past.

Yet data show that the popularity of his music online has remained remarkably steady in recent years. Since January 2019, when the Lifetime documentary series “Surviving R. Kelly” finally turned public opinion against him, Kelly’s music has had about 780 million audio streams in the United States — not counting YouTube videos, where he also remains popular — and his work is promoted on hundreds of official playlists. On Spotify, he draws 5.2 million listeners each month.

Looking at Kelly’s performance across multiple streaming and social-media platforms, the data service Chartmetric ranks him as one of music’s top 500 artists, at a level comparable to Michael Bublé and Carrie Underwood. On TikTok, some of the platform’s most popular influencers have used his music to soundtrack their posts, putting his total views there in the same ballpark as J. Cole and Frank Ocean.

Such a dichotomy may be the fate of superstar entertainers accused of serious misconduct — pariahs in certain places, but with enduring bodies of work that still draw large audiences. In the case of Michael Jackson, the subject of another 2019 documentary alleging sexual abuse, the commercial impact has proved minimal — in fact, streams of Jackson’s songs have grown.

The critic and filmmaker Dream Hampton, the executive producer of “Surviving R. Kelly,” called what Kelly has experienced in recent years a kind of “social death,” in which corporations and everyday members of society — exercise instructors, Uber drivers, backyard barbecue D.J.s — make a collective decision to stop embracing an artist.

Hampton noted that the documentary itself was “not a call to boycott — no survivor said that in the project.” But “social death doesn’t happen without some sort of narrative” that helps consumers make up their minds, she added, tracing that path from the “righteous” activism that sought to cut off Kelly’s financial resources through the Lifetime series and the criminal charges that followed.

“He’s not just muted or turned down, he’s in jail,” Hampton said.

Even before 2000, when The Chicago Sun-Times published the first major investigation into allegations of abuse by Kelly, the singer had been followed by rumors and accusations of misconduct. Throughout the 1990s, he settled lawsuits accusing him of having sex with underage girls; in 1994, at 27, Kelly married Aaliyah, his then-15-year-old protégée, allegedly using forged documents.

In 2002, Kelly was indicted on child pornography charges after a video surfaced that authorities said showed the singer urinating on and having sex with an underage girl. He was acquitted in 2008. But Kelly thrived before, during and after the controversy, releasing 12 platinum albums in all. He collaborated with stars like Jay-Z, Whitney Houston, Lady Gaga and Chance the Rapper, and headlined major festivals into the 2010s.

The tide started to turn against Kelly in 2017, when Jim DeRogatis, who had long covered the Kelly case, reported for BuzzFeed News that the singer was holding young women in an abusive “cult.” A grass-roots campaign called #MuteRKelly gained traction that summer, targeting the singer’s label, RCA Records, along with radio stations, streaming services and concert venues.

By then, Kelly’s influence was waning — he had not scored a Top 40 hit in a decade — and the campaign against him coincided with the momentum of #MeToo. The singer saw his performances picketed and then canceled, while Spotify announced, then rescinded, a policy banning the promotion of artists, like Kelly, whose personal conduct was deemed “hateful.”

After the broadcast of “Surviving R. Kelly,” with gripping firsthand accounts from his alleged victims, in January 2019, RCA dropped the singer from its roster, and some of his past collaborators apologized, while law-enforcement investigations in multiple states pursued the allegations anew.

“There was a long period where you could have enough plausible deniability, and then in one moment, it just collectively ended,” said Peter Rosenberg, a D.J. and morning show host for New York’s Hot 97 (97.1 FM), who called Kelly “completely dead” at the station.

“There’s a lot of people who have a lot of controversy who get played,” Rosenberg said. But for Kelly, “it was the documentary that really resonated so strongly that it just brought people to a place of never playing him.” The television series, he added, “pulled our hands from over our eyes and was like, you have to look at this.”

Radio, where song playlists are part of a station’s identity, is one barometer of public taste. Since the Lifetime documentary, airplay of Kelly’s music plunged and has never recovered. Jackson, on the other hand, remains steadily popular on air.

Online, both stars are undiminished.

According to MRC Data, a tracking service used to compile Billboard’s charts, streams of Kelly’s catalog have remained essentially flat in the United States over the last four and a half years.

In early 2017, shortly after the release of Kelly’s last studio album — “12 Nights of Christmas,” which peaked at No. 177 — Kelly’s catalog was drawing an average of around five million streams each week. These days, it is a little over six million a week, having hovered in that range continuously over the last four years.

The only exception came in early 2019, when “Surviving R. Kelly” was broadcast and Kelly’s weekly numbers briefly spiked to about double their usual level, presumably from interest stirred up by the film.

According to Chartmetric, Kelly’s music remains on about 300 official playlists on Spotify and Apple Music, as well as about 100 on Amazon Music; at each outlet, those numbers have increased steadily over the last year or so.

Some of the playlists are algorithmically generated for more passive listeners, based around the top hits of a given year or artist collaborations, while others — like Spotify’s “Secret Genius with R. Kelly” — spotlight his music more directly for whatever dedicated fans remain.

Jackson’s streaming totals in the United States have more than doubled in the last four years, from an average of about eight million a week in early 2017 to nearly 19 million a week today, with a spike each Halloween for “Thriller.”

Kelly’s recordings remain owned by RCA, a division of Sony Music, while his songwriting copyrights are controlled by Universal. According to industry estimates, 780 million steams — Kelly’s total in the United States since the start of 2019 — would typically generate around $3 million in payments to rights holders. Neither Sony nor Universal would comment about the current state of Kelly’s music.

Kenyette Tisha Barnes, a founder of #MuteRKelly, said she considered the campaign a success, despite the remaining interest in the singer’s back catalog. “He’s on life-support as an artist,” Barnes said. “It took 30 years to bring him down to this level.”

At first, the activists’ strategy was to “cripple” Kelly’s ability to use money to control his alleged victims with his celebrity lifestyle and legal maneuvers like confidential settlements. That phase was successful, said Barnes, who also pointed to technological victories like Spotify’s option to “mute” artists entirely.

Now, she said, “It is our goal to be the authors and architects of his legacy” — to make Kelly’s alleged crimes inexorable from his biggest hits.

“People see him as the king of R&B with an asterisk,” Barnes said.

Rosenberg, the radio personality, was more definitive — Kelly, he said, “has become the asterisk.”