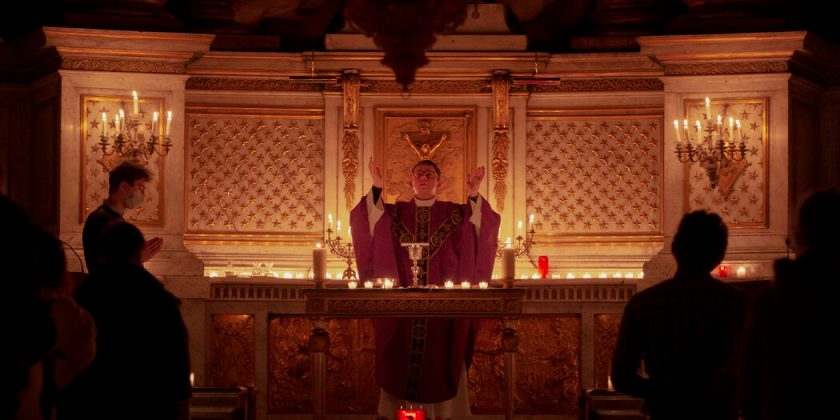 PARIS — Where can you find elaborate costumes, choreographed flourishes and live music in France right now? Not in theaters. Since the country eased its second lockdown in late November, the show has resumed in only one setting: churches.

Catholicism is the predominant faith in France, and on paper, a Roman Catholic Mass and a stage performance aren’t all that different: Both events involve a cast of professionals addressing a seated, and now socially distanced, audience.

The connections don’t stop there. At several sung Masses over the course of a week this month, I had a feeling of déjà vu, even though I had attended only a handful of religious services in my life. The ritualistic nature of the event, the dramatic buildup from scene to scene — even the slightly labored monologues — are all part and parcel of regular theater attendance. 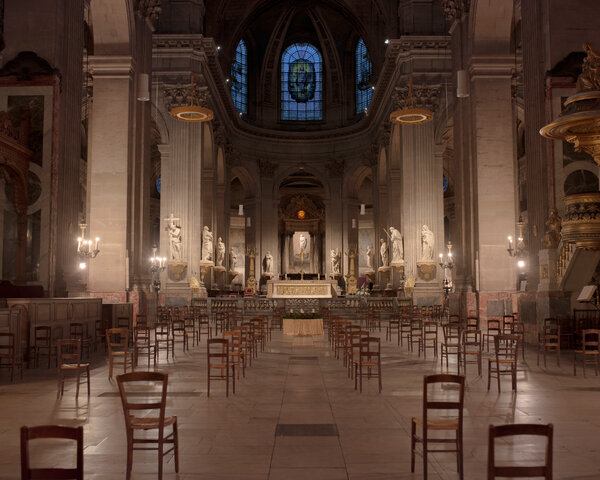 If anything, I understood how a first-time theatergoer must feel, because it was clear everyone else knew things I didn’t: when to stand, when to sit and when to join in singing.

Yet it isn’t frowned upon to attend just for the aesthetics or the experience, in part because all churches built before 1905 are public buildings in France. And Mass, as a staging, isn’t nearly as fixed or staid as I imagined. On the contrary, it owes a lot to the decisions of each parish — artistic and otherwise.

Theater and religion have crossed paths for centuries in France. The country was once known as “the eldest daughter of the Church” for its early adoption of Catholicism as state religion, and faith colors the work of many French playwrights. The 17th-century tragedian Jean Racine, for instance, drew on his austere beliefs to write two plays based on the Old Testament. In the early 20th century, the playwright Paul Claudel led a revival of Christian theater.

Yet nowadays, when only 37 percent of French people have a religious affiliation, according to government statistics, the church and the theater mostly operate in parallel universes. But there are exceptions: Olivier Py, for example, the director of the Avignon Festival, is a fervent Catholic who often returns to religious themes in provocative ways.

Heading to St.-Sulpice, Paris’s second-largest church, for a 7 a.m. Rorate Mass certainly felt a lot like waking up for an early-morning experimental performance in Avignon. Based on recent services at St.-Sulpice, St.-Roch and St.-Pierre de Chaillot, there are as many Masses as there are directing styles in theater. Some were short and intimate, like the Rorate, held by candlelight during the season of Advent; others leaned into old-school pomp, with full processions and choreographed genuflections.

The Rorate Mass, celebrated in the small Lady Chapel at the back of St.-Sulpice, was affecting in its simplicity. Hundreds of candles were arranged along the path to the chapel and around it, along with red lamps hung over the congregation. And the elegant marble statue of Mary (sculpted by Jean-Baptiste Pigalle) overlooking the altar was kept mysteriously, theatrically dark.

During the service, which drew a surprisingly young crowd, the atmosphere was peaceful and meditative. The young priest, Raphaël Cournault, wove the theme of light into his sermon and raised the bread and the wine chalice with dramatic pauses. Along the way, the mixture of quiet reflection and togetherness felt eerily similar to those often found in the auditorium of a show.

In an interview after the Mass, Cournault said that the staff at St.-Sulpice made concerted efforts to set the scene through music and lighting. As part of a planned upgrade of the church, they will soon work with lighting designers to fine-tune the atmosphere, he said. But, he added, “Art has to serve the liturgy. The goal isn’t to do theater, because we carry the words of another.”

That push and pull between performance and solemnity, flamboyance and restraint, was clear at the other Masses, too. While Catholic priests are orators, all seemed reticent to lean into a little acting to amplify their message. For a nonbeliever like me, most of the homilies were as dull as paint. The Catholic charismatic movement, which favors more demonstrative practices, has aimed to inject more passion into the proceedings for decades, but few French Masses have embraced its theatrical drive.

The music was a form of compensation. While not all Masses are sung, some churches have their own choirs and organists. Since churches are state property in France, their instruments are well maintained using public funds, and are often used for concerts alongside services.

At St.-Sulpice, which boasts a superb organ, the 11 a.m. Sunday Mass is followed by a 30-minute concert. On a recent weekend, the organist Sophie-Véronique Cauchefer-Choplin filled the church’s vast space with a vivid rendering of Bach’s Prelude and Fugue in C minor (BWV 546), prompting applause from the few churchgoers who had stayed.

Musicians also have significant leeway to select or arrange music for services. Some organists are known for their improvisation abilities. Among them is Samuel Liégeon, who works at St.-Pierre de Chaillot — a little-known church, rebuilt in the 1930s, with striking Byzantine details — and he came up with a brooding fantasia to accompany Communion on a recent Sunday. That same Mass also offered Gregorian chant, a sacred, virtuosic form dating from the Middle Ages, sung without accompaniment. In the hands of Pascal Bézard, the church’s choir master, it was a solo performance of unshowy beauty.

While the Gregorian repertoire is fixed, with variations throughout the year but no additions, many churches approach the sung portions of Mass more freely. According to Marie-Charbel Dupoyet, a singer who started a new choir at St.-Sulpice, liturgical music has seen lively innovation in recent years, in part to allow younger churchgoers to connect.

Yet not everyone aims to keep up with the times. Every Sunday, St.-Roch, known as the “church of artists,” celebrates a Tridentine Mass, the traditional Latin Mass that was standard until the introduction of services in vernacular languages in the late 1960s. The Tridentine Mass isn’t exactly audience friendly: For starters, the priests perform most of it while turned toward the altar, with their backs to the congregation.

Still, it has its aficionados. The crowd on the first Sunday of December was among the largest I’ve seen indoors since the start of the pandemic. At least 400 people filled St.-Roch, with limited social distancing and no enforcement of mask rules. The priests, their attendants and the chorus did not cover their faces throughout the ceremony, with the exception of one cleric, who wore a plastic visor to give out Communion.

The laxity on display at St.-Roch was in stark contrast with the careful application of restrictions at every theater I went to between June and October, when performances were allowed. Theaters may yet be prevented from reopening on Dec. 15 as planned, as the government’s target for the next easing of restrictions — fewer than 5,000 new coronavirus cases a day — isn’t even in sight.

I was moved, at Mass, by the love and devotion I recognized in many attendees, because that’s how I feel at the theater. The decision to allow religious services while theaters and museums remain closed has been met with scorn by many in the arts here, but there is no reason to begrudge believers their worship.

Fairness demands, however, that the show go on everywhere, when it can.