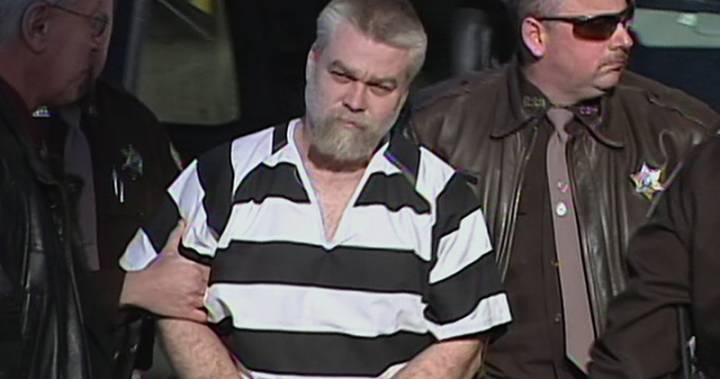 A Wisconsin man has reportedly confessed to the 2005 killing of photographer Teresa Halbach during a taped interview.

The man, who is already in prison for a separate killing, reportedly admitted to the slaying while speaking with the director of the upcoming series Convicting a Murderer, which is an unaffiliated followup to the Netflix show Making a Murderer.

“We haven’t confirmed the legitimacy of the confession, but seeing as it was given by a notable convicted murderer from Wisconsin, we feel responsible to deliver any and all possible evidence to law enforcement and legal teams,” director Shawn Rech told Newsweek.

“Having been in production for 20 months, we’ve uncovered an unfathomable amount of information and evidence that is leading us to the truth. Our investigation does not end here,” Rech said.

According to Newsweek, the inmate cannot be named until authorities have the confession.

The inmate allegedly confessed to murdering the photographer during a taped interview, which is now reportedly being reviewed by Wisconsin authorities.

Halbach’s death gained interest after the release of the Netflix show Making a Murderer in 2015. She was killed on Halloween night after visiting the property of Steven Avery.

Avery and his nephew Brendan Dassey were convicted of the murder and given life sentences in 2007, but both say they are innocent.

“We received the handwritten confession on Saturday. It is worthless unless it is corroborated,” Zellner tweeted.

A lawyer for Dassey named Laura Nirider tweeted that they are aware of the alleged confession.

“We are aware of the alleged confession given by an inmate in Brendan’s case. Thanks to all for your messages,” Nirider wrote.

Convicting a Murderer is Rech’s new eight-part series, which will investigate the case built against Avery in Wisconsin.

The new series will examine allegations that evidence was planted and crime scenes were tampered with. Avery’s lawyer claims his client was framed.

Rech said Convicting a Murderer will take a deeper, more inclusive look at the case because of his access to district attorney Ken Kratz and lead investigator Tom Fassbender, both now retired, as well as retired police officers who were involved in the case. They did not participate in Making a Murderer.

“When Making A Murderer was produced, many on the law enforcement side of the story could not, or would not, participate in the series, which resulted in a one-sided analysis of the case,” he said. “This docuseries will examine the case and the allegations of police wrongdoing from a broader perspective. It will also share with viewers the traumatic effects of being found guilty and vilified in the court of public opinion.”