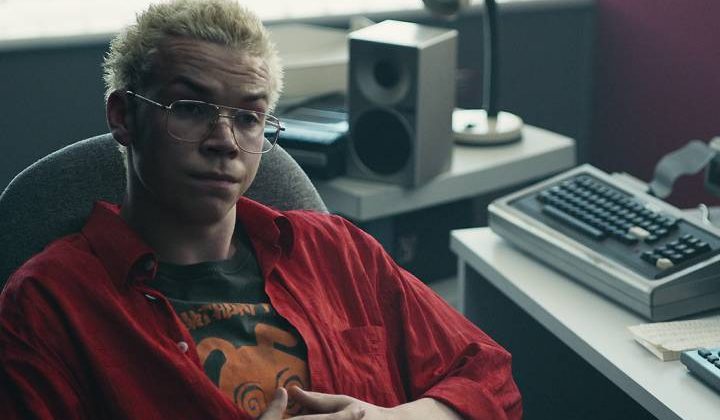 Will Poulter, a standout star of Netflix’s standalone interactive movie Black Mirror: Bandersnatch, says he’s taking a “step back” from social media after being overwhelmed by the public response to his role.

Poulter, 25, tweeted Wednesday night that his decision was “in the interest of [his] mental health,” and was “in light of my recent experiences.”

“I’d like to say a heartfelt thank you to everybody who has watched ‘Bandersnatch’ and for their responses (whatever they may be) to the material we created,” he said, purposefully italicizing the word “material.”

While he doesn’t call out specific tweets or bullying, it’s clear that Poulter has suffered mentally ever since the release of Bandersnatch on Dec. 28.

“As we all know there is a balance to be struck in our engagements with social media,” he continued. “There are positives to enjoy and inevitable negatives that are best avoided. It’s a balance I have struggled with for a while now and in the interest of my mental health I feel the time has come to change my relationship with social media.”

Poulter said he wasn’t leaving social media altogether, and that he’d continue to post occasionally for an anti-bullying campaign and some other charitable causes.

“I don’t want to appear unappreciative of all the amazing support I have received online for which I am genuinely so grateful, nor do I want my disengagement with social media to be at the expense of any of the organisations I am lucky to work with,” he wrote. “So I will still be posting occasionally for and with @AntiBullingPro @leap_cc @MayMeasure and @bptcompany among others.”

He said he hoped “this shift to reduce my personal expression and increase the focus on issues that matter will result in a better outcome for everyone,” before signing off with a Bandersnatch-esque closer.

“This is not the end. Consider it an alternative path.”

As of this writing, Poulter’s accounts are still active.

Poulter isn’t the first celebrity to take a break from social media. Others like Kellie Marie Tran of Star Wars, who received racist and sexist abuse daily, or Pete Davidson after his very public breakup with Ariana Grande, have both left social media entirely.

Here are some examples of tweets about Poulter’s looks, ranging from straight-up insulting to attempts at jokes. (The more vulgar ones are not included here.)

Fans of the British actor tweeted their support; over the last few days, the positive remarks supporting Poulter far outweigh any negativity.

Poulter has been acting since he was a teenager, but found wider fame in American movies including The Maze Runner, The Revenant and We’re the Millers.

If you or someone you know is in crisis and needs help, resources are available. In case of an emergency, please call 911 for immediate help.

The Canadian Association for Suicide Prevention, Depression Hurts and Kids Help Phone 1-800-668-6868  all offer ways of getting help if you, or someone you know, may be suffering from mental health issues.