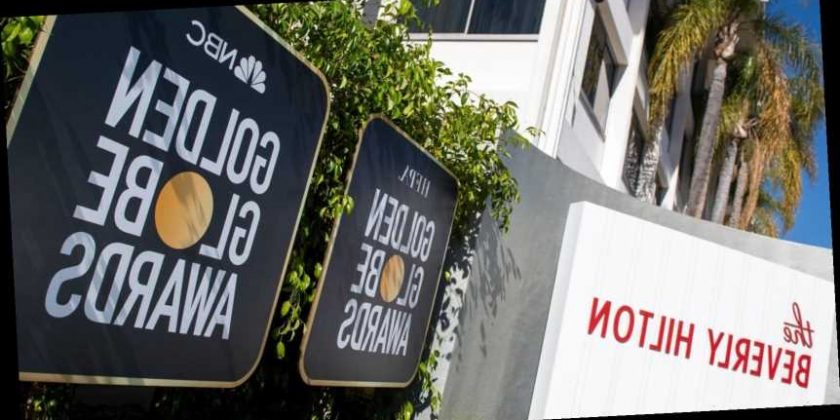 Celebrities including Viola Davis, Ellen Pompeo and Sterling K Brown are calling for change after it was revealed there are no Black members on the Golden Globes’ awarding body, the HFPA.

2021’s awards season will finally kick off tonight, starting with the Golden Globes. The awards ceremony – which won’t officially air in the UK – is being hosted by Tina Fey and Amy Poehler, and will set out to celebrate some of the best TV and film offerings from the last 12 months.

However, the show, which has already faced criticism for its failure to recognise Michaela Coel’s I May Destroy You, won’t be without its controversy.

Over the last couple of weeks, frustration has been building towards the Hollywood Foreign Press Association (HFPA), an 87-member organisation that decides who is nominated for (and wins) the Golden Globe Awards.

Golden Globes 2021: why that Michaela Coel and I May Destroy You snub is so shocking

After a recent expose into the group by the Los Angeles Times found that there are no Black journalists among its members, stars and industry insiders alike have taken to Instagram to share their frustration at the group’s lack of diversity. It all started with the official Time’s Up movement account, which posted an image of a cracked Golden Globe statue alongside the words: “Hollywood Foreign Press Association. Not a single member out of 87. #TimesUpGlobes.”

Among the stars who reposted the image were Alyssa Milano, America Ferrera, Lupita Nyong’o, Shonda Rhimes, Kerry Washington, Busy Phillips, Olivia Wilde and Poorna Jagannathan, the latter of whom captioned her post with a note adding that she found it “incomprehensible” that I May Destroy You had not received any nominations.

However, the posts didn’t stop there, with some stars adding their own thoughts alongside the Time’s Up image.

Viola Davis, who received a best actress nomination for her role in Ma Rainey’s Black Bottom, posted the photo alongside the Shannon L. Adler quote: “Telling the world you’re trying is not doing.”

The rest of the caption read: “The journey of a Black artist is littered with obstacles in creating, developing and being acknowledged for our work. If we continue to keep silent, the younger generation of artists will have the exact same load to carry. No more excuses.”

When you know better, you must do better

This Is Us star and former Golden Globes award winner Sterling K Brown also shared his thoughts on Instagram, adding that, even though he had chosen to present at the telecast this weekend “to honour all the storytellers, especially those of colour, who have achieved this extraordinary moment in their careers,” he still had his criticisms about the HFPA and their membership.

“87 people wield a tremendous amount of power,” he wrote. “For any governing body of a current Hollywood award show to have such a lack of voting representation illustrates a level of irresponsibility that should not be ignored.”

Brown continued: “With the power you have HFPA, you simultaneously hold a responsibility to ensure your constituency is fully reflective of the world in which we live. When you know better, you must do better. And having a multitude of Black presenters does not absolve you of your lack of diversity. This is your moment to do the right thing. It is my hope you will.”

Actor, writer and director Amber Tamblyn also wrote an extended caption, in which she called the lack of Black members of the HFPA “unacceptable”.

“We call on one of our country’s biggest and brightest award show ceremonies to ensure the future of the Golden Globes’ leadership represents the content, culture and creative work of women of ALL kinds, not just white women, and of Black voices in general, both as nominees and as members instrumental in the nominating process,” Tamblyn wrote.

“A cosmetic fix just isn’t enough. The world is watching.”

16 award-nominated series and films they got right, and where to watch them

Last but by no means least, Grey’s Anatomy star Ellen Pompeo went one step further with her post, writing an open letter that called on white stars to “pull up, show up and get this issue resolved”.

“This is Hollywood, we are master problem solvers,” she added. “There is a solution here and I have faith that we can find it. What we cannot do… is leave this problem up to the Black community and all our communities of colour to fix. This is not their problem, it’s ours.”

Pompeo concluded: “Now is not a time to be silent. We have a real action item here let’s get it done.”

This isn’t the first time the Golden Globes have faced criticism for their lack of inclusivity. As previously reported by Stylist, last year’s nominations sparked their own #GlobesSoWhite backlash following the HFPA’s snubbing of When They See Us and Watchmen.

In response to the recent backlash against them and the report in the Los Angeles Times, the HFPA released a statement saying they were “fully committed” to ensuring their membership is reflective of the communities they represent.

The statement read: “We understand that we need to bring in Black members, as well as members from other underrepresented backgrounds, and we will immediately work to implement an action plan to achieve these goals as soon as possible.”

Best TV shows of 2020: the 11series that defined this bonkers year

Although many were quick to reject the statement as lip service in response to a problem that has persisted for far too long, the Golden Globes posted in a follow-up statement that they would address the problem during the show on Sunday, so we’ll just have to wait and see whether they make any concrete commitments to rectify this ongoing problem.

As Stylist’s Kayleigh Dray aptly put it: “Sadly, it seems we still have a very long way to go before we are met with an awards season that feels well and truly inclusive. Until then, all we can do is call out these injustices as and when we see them. Because only by doing so, and by holding the HPFA accountable for their decisions, will we truly see progress.”

You can catch up with all the latest news and updates from the Golden Globes tomorrow morning on the Stylist website.