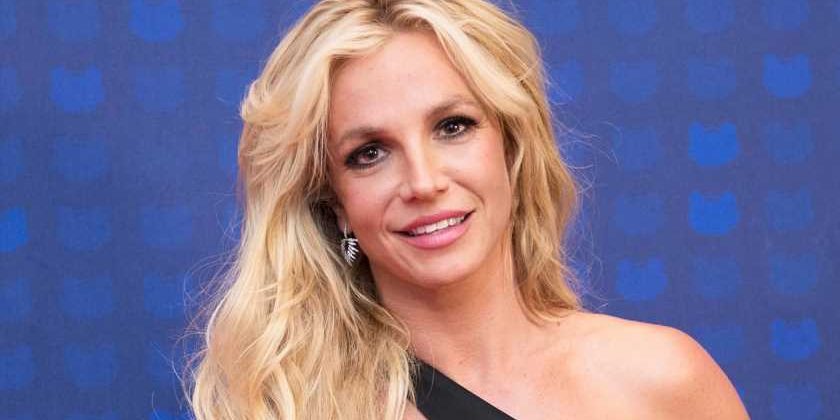 When it comes to feeling less anxious in life, everyone has different techniques. For Britney Spears, relief can be found with bingeing the beloved TV drama, Euphoria.

Anyone who has suffered from anxiety knows that it is a funny old beast. Everyone has different coping mechanisms. One woman’s cold water swimming, for example, is another’s horror film binge. In the topsy-turvy world of feeling overwhelmed or panicked, there is no standard solution.

And so it is with Britney Spears, who – having recently been freed from the confines of a 13-year conservatorship that she described as abusive – has been navigating her own way through the murky realms of anxiety. And one of the antidotes she’s come across is the smash-hit TV drama Euphoria.

Sharing a clip of HBO’s second most-watched show on Instagram this week, Britney said she was “a little behind” on the hype, noting: “Good God it’s too good!!!!”

“Watching this and being entertained by these crazy plots I suddenly felt all my anxiety go away,” she wrote. “The show was like meditation !!!! It put a HUGE grin on my face.”

As Euphoria fans are aware, it’s not entirely feel-good. To the contrary, the high school drama starring Zendaya, Sydney Sweeney and Hunter Schafer, is unflinching in its portrayal of hard-hitting issues including body shaming, sexual assault, addiction and more.

At the same time, however, we’re all familiar with that sense of “insane, amazing” magic that Britney describes, and that the show so beautifully brings about. From noughties-infused glam to laugh-out-loud moments and a healthy dose of glitter – not to mention *that* relatable bathroom scene – Euphoria offers plenty of joy amid its darker moments.

Little wonder, then that the series, which recently wrapped season two (spoilers ahead), has amassed a cult following. In fact, Britney is not alone in her A-List admiration: the show has a chorus line of Hollywood fans, including Leonardo DiCaprio, Megan Fox and Lizzo.

What’s particularly interesting about Britney’s enthusiasm, however, is how the singer frames the show in a wider conversation around mental health – reminding us that everyone has different approaches to anxiety.

As Britney points out in her post, this might include more obvious therapies such as yoga and stillness. But feeling more zen also means seeking out the “things that make you SMILE” whether that’s cheese on toast or your favourite TV fix.

Britney’s controversial conservatorship, which saw her father take control of much of her day-to-day life choices and finances for over a decade, ended in November. Since then, the star, who has a net worth of around $60 million, has sought to recover from the “unforgiveable” experience as the legal battle with her father over financial misconduct continues.

If you, or someone you know, is struggling with their mental health or emotional wellbeing, you can find support and resources on the mental health charity Mind’s website and NHS Every Mind Matters.