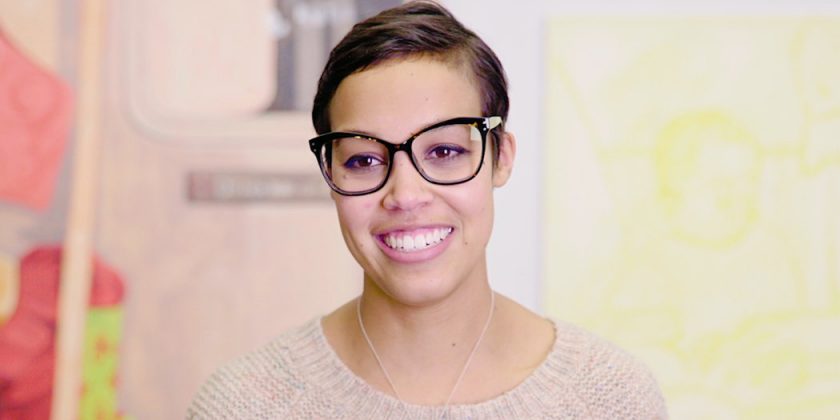 When the painter Jordan Casteel first saw a copy of “Alice Neel: Painted Truths,” a book on the 20th-century painter Alice Neel, she was struck by the artist’s “freshness and sense of imperfection.” “I found myself totally in awe that there was somebody who had made work in a way that I was trying to make work myself,” she says. “Her work emulates and speaks and lusts out with a sense of humanity that I really admired, and was drawn to.”

As Casteel, 30, has come into her own artistic practice as a painter of people, she has explored urban life and the informal networks that sustain black communal bonds. Her subjects include Harlem street vendors, families, and young black men and boys (painted both nude and clothed) — all a mix of family from Denver and friends from New Haven, where she earned an M.F.A. in painting and printmaking at Yale. Her sitters, both male and female, are often seen in vulnerable yet comfortable poses and places; their skin is realized in blues and purples, reds and browns. In the portraits, Casteel captures her subjects with a warm respect, humanizing them with her black female gaze — and challenging dominant presumptions of them in our society.

[Coming later this spring: the T List newsletter, a weekly roundup of what T Magazine editors are noticing and coveting. Sign up here.]

In painting the people that populate her universe — as in “Elijah” (2013), “Miles and Jojo” (2015) and “The Baayfalls” (2017) — she did not know that her own life as a painter would come to mirror that of her early inspiration. Like Neel before her, Casteel moved to Harlem, in 2015, when she became an artist in residence at the Studio Museum, following a stint in Brooklyn after she graduated. More than a half-century after Neel captured the vivid and honest expressions of the celebrated writers and artists she knew in Spanish Harlem, as well as families and friends, Casteel found herself in a studio provided by the museum that overlooked bustling 125th Street, scouting potential subjects. She would run down and take snapshots with a camera of whoever caught her eye, and later paint them from the photographs. It’s a key part of Casteel’s process that differs from Neel’s preferred studio sessions, in which subjects often sat across multiple days.

Casteel’s new “Subway” series, which depicts unsuspecting New Yorkers during their commute, offers a kind of modern archive of faces and spaces of the city and a visual biography of a gentrifying Harlem. In painting from inside her community with this kind of deep intimacy, Casteel exists in a long and distinguished lineage of black portraitists who reconsider and widen notions of realism by employing abstraction, including painters such as Barkley L. Hendricks, Henry Taylor, Kehinde Wiley, Amy Sherald and her contemporary Jennifer Packer.

“I’m thinking about blackness and being people of color and in its full rainbow glory,” she explains. “Literally allowing the diversity that exists within us to exist on the canvas itself, as I choose the colors to represent the figures. There is that fearlessness that was within Neel that I identified that I tried to then bring back in the painting.” Watch the video above to see Casteel talk about her favorite artwork — Neel’s 1976 portrait of Faith Ringgold — and the artist’s enduring influence on Casteel’s art practice.

“Jordan Casteel: Returning the Gaze,” Casteel’s first museum solo exhibition, is on view from May 26 through August 18, 2019, at the Denver Museum of Art, 100 W. 14th Ave Pkwy, Denver, Col., denverartmuseum.org. 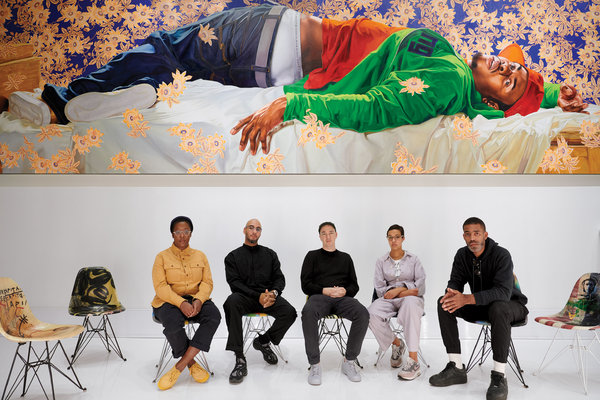