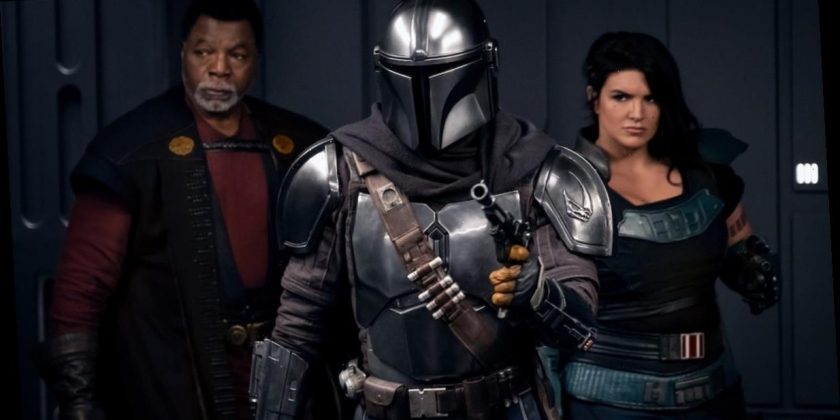 Baby Yoda could get the big screen treatment someday. In a Variety interview published Thursday, Oct. 15, Jon Favreau and Pedro Pascal said they were both open to the idea of a Mandalorian movie. While there are no current plans to adapt the show into a film any time soon, Favreau maintained that he was “excited” about the possibilities “because there’s no rulebook now.”

“Things that you would have only seen in the movie theater, you’re seeing on streaming, and I think it could go the other way as well," Favreau continued. “But we’re definitely open to it and excited to see where the story leads us and have that flexibility.” Pascal, for his part, is also up for it. “I think that the work is so beautiful that I would love for that to be held by a big screen experience,” he said. “But it seems to work so well that also I’m not sure it’s something that I would want corrupted by any kind of change, you know?”

Pascal continued, “I mean, I certainly know that the challenge can be met. It’s not like these people don’t have the experience. If anybody can do it, they can!”

The show, which is set to return for Season 2 on Oct. 30, follows the eponymous lone gunfighter Din Djarin (Pascal) and his exploits along the outer reaches of the galaxy, far from the authority of the New Republic. Initially hired to acquire a client (The Child, dubbed Baby Yoda by the masses), the Mandalorian goes rogue and decides instead to return the elusive species back to its home planet. It’s the first live-action Star Wars series in the franchise, and, if all goes well, could also extend into more projects and franchises beyond just a film.

Variety reported in February that during an earnings call, Disney’s then-CEO Bob Iger addressed possibly “infusing [the show] with more characters,” as well as “taking those characters in their own direction in terms of series” after the second season premieres. So, in other words, it’s very much possible for The Mandalorian to spawn its very own Star Wars universe. Until then, though, Season 3 is expected to begin production before the end of this year, so the Baby Yoda content will keep on coming.