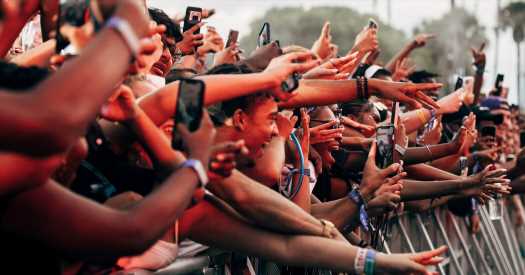 The concert industry had hoped that this summer would mark its high-decibel rebound after being shut down for more than a year by the pandemic.

It started promisingly, with restrictions being eased and fans snapping up tickets, but as the spread of the highly contagious Delta variant has accelerated in recent weeks, an ominous cancellation blotter has begun to build up.

The pileup of bad news, along with fearful chatter among artists and touring workers on industry back channels, has led to what many in the business describe as a confusing and even chaotic situation over whether — and how — to proceed.

For those moving forward, a loose consensus has taken shape that fans must provide proof of vaccination, or at least a negative test. But anecdotal reports suggest that the rigor of vaccine checks can be lacking, and the question of who bears responsibility for setting and enforcing those rules — especially when governments in major markets like Texas and Florida oppose such mandates — remains a matter of debate.

Last week, Jason Isbell, an alt-country singer-songwriter with decades of critical admiration, announced that attendees of his current tour must show proof of vaccination or a negative test.

“I need to take certain steps to try to ensure the safety of people attending, if at all possible,” Isbell said in a phone interview. “Also, I don’t think our business will be able to function unless we start putting those restrictions in place.”

Three shows in Austin, Texas, went just fine, Isbell said. “It was a different vibe, because everybody felt safer.”

But then Isbell canceled a date at the Cynthia Woods Mitchell Pavilion, an amphitheater outside Houston, because, he said, the venue would not “comply” with his rule.

The aftermath of Isbell’s decision gave a taste of the political fallout and behind-the-scenes finger-pointing that many artists are eager to avoid. On Twitter, one user who called himself a longtime fan of Isbell’s urged him, “DO NOT ALIENATE HALF YOUR FAN BASE over politics and emotions,” and warned, “Remember the Dixie Chicks.”

In an interview, Jerry MacDonald, the chief executive of the pavilion, said that Isbell’s request simply came too late for the venue to implement it.

“We were fully willing to address this and comply,” MacDonald said. “It was an unreasonable request on his part to think we could do this in two days.” Isbell and his manager both said they had made their request more than a week ahead of time.

Live Nation and AEG Presents, the two global companies that dominate the business, have each announced that, by October, most venues and festivals they control in the United States will require vaccinations or negative tests for entry. Those decisions were applauded throughout the industry, but there are gray areas.

Artists that have touring deals with those companies pass through plenty of venues that are out of their control. (Live Nation set “best practices” for artists to request vaccination mandates at third-party spaces.)

In the case of AEG Presents’ policy, it applies to festivals like Coachella and clubs like Brooklyn Steel in New York — but not to larger venues like the Staples Center in Los Angeles, an arena owned by AEG Presents’ parent company, AEG, which controls sports, entertainment and real estate assets.

“Just a few weeks ago, we were optimistic about where our business, and country, were heading,” Jay Marciano, the chairman of AEG Presents, said in a statement. “The Delta variant, combined with vaccine hesitancy, is pushing us in the wrong direction again.”

Concert promoters, like other arts executives, are hoping that velvet ropes of vaccination requirements around cultural events can serve as an incentive for fans to get the shot. In a survey of attendees at Lollapalooza, which required proof of vaccination or a negative test, 12 percent said the festival was the motivation for them getting vaccinated, with many under age 30.

Understand the State of Vaccine and Mask Mandates in the U.S.