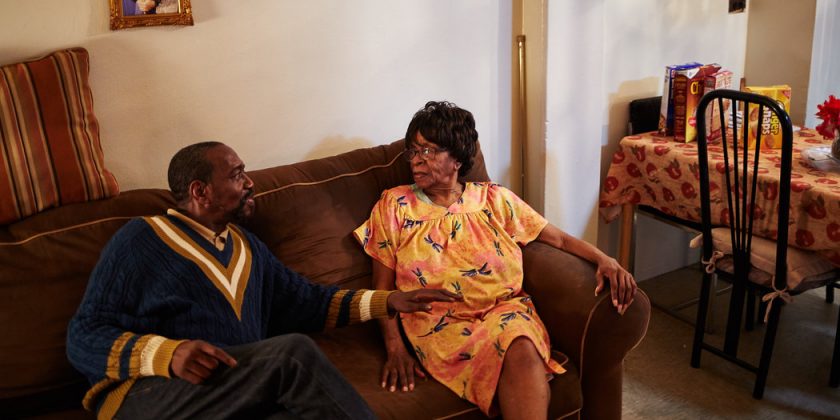 “That marriage I had, I don’t think you get that twice,” Mr. Jackson said. “You can be married 50 times. But that ultimate relationship, you’re not having that.”

Her death also made him a single father of two young children: Their son, Hollis Jackson III, was 7, and their daughter, Shuave, was 4.

“It got to show what kind of man that was in me, what I was made of,” Mr. Jackson, now 56, in an interview last month in his Long Island City apartment. “If God takes me tomorrow, I’ve left that for them to see.”

He had already been an active part of his children’s lives — taking them to doctors’ appointments, knowing their shoe sizes, braiding hair. After his wife’s death, Mr. Jackson took on leadership roles in their school and their community.

“I couldn’t substitute for their mom, but I wanted them to know that Dad was still here,” he said. “They still had a parent. Life is still going to be fun.”

Mr. Jackson, an only child himself, said that his mother, Susie Mae, played an important part in rearing his children and cultivating joyful family memories.

Mrs. Jackson always wanted more children. She lived nearby in the same public housing development, Queensbridge, in Long Island City. Hollis and Shuave often went to her apartment after school and would occasionally spend the night.

Mr. Jackson worked as a mail carrier for 20 years, incurring serious damage to his feet, which greatly affected his job performance. He left the Postal Service in 2006 and is certain that, had he continued at that job, he’d be crippled today.

A series of other jobs followed. Most recently, Mr. Jackson was employed cleaning airplanes. He ran into complications when he tried to recertify his credentials and ended up on unemployment benefits. But he found a silver lining, using the opportunity to finally have reconstructive foot surgery. 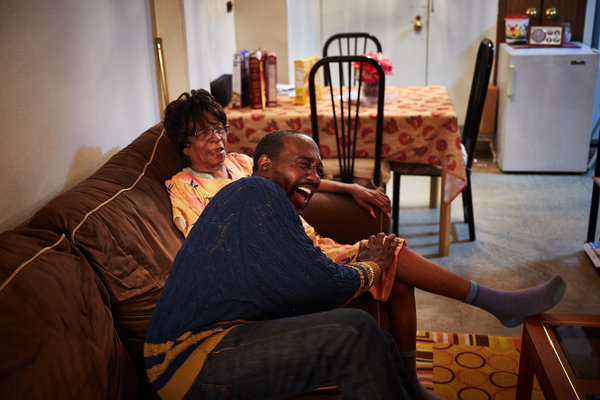 “I had bunions, I had callous, I had corns, hammertoes,” said Mr. Jackson.

After two major surgeries and lengthy, painful recoveries, Mr. Jackson was eager to work again, having relied on public assistance for income since 2016. Currently, hereceives $183 a month in public assistance.

In February, the Community Service Society, one of eight organizations supported by The New York Times Neediest Cases Fund, used $600 in Neediest funds to pay for a training course in asbestos abatement. He is now licensed for that work.

He has yet to pursue it, though. His mother, 79, suffers from dementia and acute arthritis in her legs, and Mr. Jackson has taken on the responsibly for her care. His father died in 1982.

Mr. Jackson visits his mother often at her home to keep her company, dole out medication and encourage her to do things like cook a simple meal. He has begun to consider taking a training course to become a home health aide and be paid for a job he is doing anyway.

He is proud of both his children. Mr. Jackson’s son hosts an online urban affairs radio show, “Zeeker Gang Live”; his daughter is a program coordinator at Le Moyne College in Syracuse. She is also a dancer.

Their knack for performing, like their work ethic, comes from Mr. Jackson, who has long dabbled in singing and songwriting. He believes that his talent will pay off someday soon, allowing him to buy an enormous house where he can live with his mother and houses for each child.

His certainty that this will happen is tied to his faith in God, who he said got him through the tests he has faced since he lost his wife.

“He didn’t give me this talent for naught,” Mr. Jackson said. “It comes and it burns in me.”

It takes only one hit to rake in money, Mr. Jackson notes, though he hopes to have several.

“Sometimes you have to wait for a later season in your life to get things,” he said. “You have to be patient.”

He added, “I’m crazy enough to have this faith and this belief and this dream still alive.”